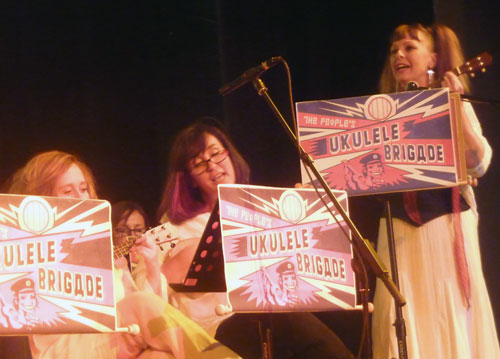 The Henley Midnight Matinee was started in 1960. Originally it was a black tie affair with dinner in the green room before the showing of a new big film release starting at 10pm at the original Regal cinema and finishing around midnight.  The film Midnight Matinee finished in 1986 when the Regal closed.  Since then it has changed to a Gala performance at the Kenton Theatre and the time has changed to 8pm. Each year a local charity is chosen by the Henley Rotary Club to receive the proceeds from this event.  This year’s charity is the Riverside Counselling Service.

Riverside Counselling Service which started in 1989 provides a fantastic service at three locations in Henley for adults, couples, families and young people.  They currently see between  45 to 50 clients a week.  Normally the need for counselling is immediate and currently the NHS has long waiting lists and only offers 6 weeks of counselling.  Riverside clients have said, “You have given me a fresh pair of eyes so that I can view the world from a different perspective.”

No Direction (a splinter group of Sam’s People’s Ukulele Brigade) opened the show with a hilarious song called “Buy Me a Mercedes Benz”.  Martyn Cooper introduced the other members of the group  – Mike Holland, Pete McConnell and Dan Clipston and said, “Our music is a fusion of Country and Rap CxxxP!  They did a small set of songs including Tom Jones’ song, Delilah which Peter McConnell, Henley’s Town Centre Manager, sang a great solo vocal on.

Megan Henwood who  first performed at the Kenton when she was 9 years old in the Henley Youth Festival  then performed songs from her debut album ‘Making Waves’ including ‘Hope on the Horizon’ and ‘What Elliott Said’.  She also played some new tracks from her forthcoming second album which she is currently recording at her brother’s studio near Wallingford.

The main performance by Sam Brown’s PUB opened with ‘Ring of Fire’ by Johnny Cash.  There were 45 members of the PUB at the Kenton on Saturday night and for many of them it was their first performance on the stage.  Sam said, “There’s a real mixture of people playing, some have played a musical instrument before and others this is their first instrument. “ Interest in the ukulele grows each year, with ukuleles now outselling electric guitars in the UK.

The audience loved the mix of diverse music the PUB played which ranged from Disney’s Jungle Book ‘Bear Necessities’ to Motorhead’s ‘Ace of Spades!’  Sam’s great fun personality and her jokes linked all the songs together brilliantly.  Other highlights included Lynne Butler’s solo vocals on the Bangles song ‘Walk Like an Egyptian’ and John William’s great rendition of ‘Dedicated Follower of Fashion.’

The performance ended with a very fitting song ‘Born to be Wild’ by Steppenwolf.

Henley Squeeze Home Against Banbury in a Thriller
Scroll to top