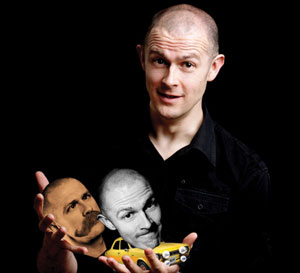 The Henley Fringe is celebrating its sixth this year.  There’s something for everyone including drama, comedy, music, new writing and children’s theatre shows.  The Fringe runs over 6 days from Saturday 20 July to Sunday 28 July at 15 venues around Henley including the Rugby Club, The Barn, In the Groove Record Shop (new venue for this year), Hotel du Vin and the Chocolate Theatre Co to name just a few.

There are 36 shows with 100+ performances.  The organisers are delighted to welcome for the first time the Greenwich Theatre who are putting on three shows including ‘Take Two Every Four Hour’s’ play and The Principal Theatre Company who are presenting ‘Comedy of Errors’ and ‘Hamlet’ Shakespeare productions.   The Henley Fringe is offering a larger selection of musical theatre and contemporary music than ever before and has been voted UK’s Top 3 Fringe Event.

Falcon Grange are delighted to be returning to the Henley Fringe this year and their productions have been declared as ‘the must-see shows’.  This year they bring you Men of The World;  a comedy play which follows three coach drivers – Frank, Stick and Larry who are taking passengers on a ‘mystery trip’ to Scarborough. Just three actors seamlessly

portray an assortment of eighteen characters including the drivers and the ensemble of eccentric passengers they have on board.   They also have a children’s show; The Lion & The Mouse at Henley Rugby Club.  Join Claude, the lazy lion and Baba, the mischievous mouse, as they learn even the most different of creatures can be the greatest of friends. This exciting adventure is packed with laughter, songs, live music and audience participation.

Hobbs are running river taxi’s to the Eyot and Henley Rowing Club venues departing from Hobbs Boat Yard for £2.50 per person. 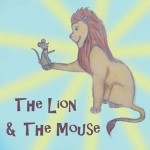 If you’re not sure which show to go then go along to the Pink Bus Box Office which will be in Market Place on Saturday from 11.00 to 1pm.  For full details of the programme go to www.henleyfringe.org.  Some of the shows have already sold out so book soon to avoid disappointment.

Sunday 10.00am – Sky Broadband Back on in Henley
Scroll to top