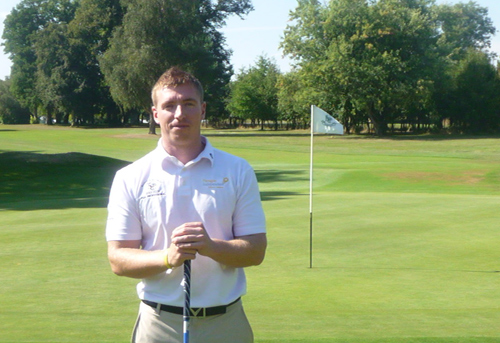 Initially Lee’s intention was to try and qualify for the finals via the European qualification events but having been informed that all the longest hitters were heading to the USA for qualification Lee decided to follow the same route and tackle the competition head on.

This meant a hastily arranged trip to the USA so Lee could firstly attend the local qualifying event at Hickory Hill Golf Club in upstate New York and then if successful take his chances in the regional qualifier down at Legends Driving Range in Hookset near Manchester, New Hampshire.

On 26 July, Lee competed in the local qualifier at Hickory Hill Golf Club. At Hickory Hill six competitors turned up for one qualifying spot. Lee won this qualifier with a drive of 328 yards and 3 inches.

Following this great result Lee competed in the regional finals on 2 August at Hookset in New Hampshire. There were 9 world championship spots available from the venue and 40 competitors. Both Lee’s rounds were into the wind and hits of 312 and 310 were good enough to take one of the World final spots.

The world finals, a winner takes all contest for $250,000 are in Mesquite Nevada from today (23 September) until Friday (27 September). All golf’s top power hitters will be present and ball speeds of 220 miles an hour are reached throughout the contest. Since qualification Lee has not only been practicing hard on the driving range and in the gym but has also been busy trying to raise the £3,000 needed to fund the trip and purchase better equipment.

Members, committee and owners of Badgemore Park have been extremely helpful and through sponsorship Lee has had his flights, accommodation and car hire sorted out by club member David Giles, Chairman of Giles Travel Group. Jon Connell, the owner of Badgemore Park, together with Paragon Independent Financial Solutions Directors Barry Stanley and Minesh Parmar both sponsored Lee for qualifying trip and both have agreed to help support Lee in the world finals by sponsoring the purchase of new and much better equipment. Lee now has 5 new Drivers made by Geek golf in California including a 5 degree driver for in to the wind! Lee is hoping to achieve at least 20 yards more with this new improved set up.  Any Badgemore Park member or member of the local community wishing to support Lee can do so by entering the prize draw for golf lessons with Lee recently launched from the Badgemore Park Pro shop.

Lee will be competing in the open division and the field where 190 spots from competitors from all around the world will be brought down to 8 finalists. Coverage will be on the golf channel and the final 8 competitors will head to the Las Vegas speedway for a dramatic finale live on the golf channel with the winner taking home $250,000. You can follow how Lee gets on by visiting www.longdrivers.com

The Henley Herald would like to wish Lee good luck for the championship.