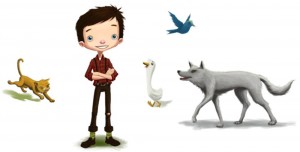 In the evening Ian Brown introduced his eclectic main concert choices as drily as ever. The Semiramide overture elicited excellent horn and woodwind quartets. It was stuffed with classic Rossini tunes, crescendos, accelerandos and surprises − although Rossini took an inordinately long time to get his points across. Bach’s briefer Air in D for strings was nicely shaped but could have had cleaner edges. Rimsky-Korsakov’s Polonaise, from the Christmas Eve Suite, started vigorously, had some great tunes and was altogether very satisfying. The wonderfully Spanish second movement of Falla’s The Three Cornered Hat , though rhythmically complex, was pulled off with great panache, and the intriguing Waltz: Murder on the Orient Express by Richard Rodney Bennet, superbly orchestrated, was also well performed. The familiar Jupiter from Holst’s Planets Suite brought out the best from all corners of the orchestra. The trumpets were outstanding.

There is no better transmitter of the Christmas spirit than Leroy Anderson. Christmas Festival, an ingenious tapestry of most carols known to man, and the sparkling Sleigh Ride encore, where the percussion had a field day, clip-clopping reindeers and all, most definitely hit the spot.

The next HSO event is a spring concert at The Hexagon on 14 March 2014. Visit www.henleysymphonyorchestra.co.uk for programme and membership information.