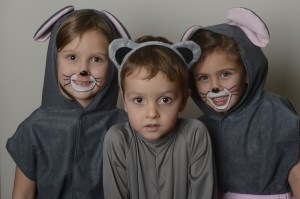 Two separate casts of children from Henley and the surrounding areas, aged between three and sixteen years old, are putting everything they have into this year’s Henley Children’s Theatre Group (HCTG) pantomime. “Dick Whittington” is on at Henley’s Kenton Theatre until Sunday 5 January 2014. Directed by Muffin Hurst, this is perfect holiday entertainment.

The show is opened by the Pantomime Fairy, confidently played by Jennifer Haigh and Wendy McLoughlin, inviting amusing audience interaction from the very start. Dick Whittington is very ably performed by Molly Clarke and Jemima Pilgrim-Morris. Nicole Johnson and Olivia Dunning bring their own spin on Ratman, and Alice (Dick’s 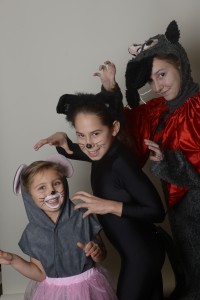 sweetheart) is played beautifully by Megan Firth and Anouska Hawkes. Bizarrely, Julie Andrews, beautifully sung by Amber Weller and Rosie Henman, makes an appearance. (That’s panto for you!) The infamous Puss is played by Isobel Benster and Eleanor Waldren with a lot of charm and feline characteristics. And “There’s nothing like a dame!” – Rachel Aldous and Millie Cook have a lot of fun playing Dame Cleggie. Even Quasi Modo, amusingly played by Ted Aplin, James Dunning and Joshua Hogan, make some very enjoyable appearances.

The HCTG has been working with children in this area since 1969. It is about putting new children on the stage. For me, some of the magic of this year’s performances is seeing new faces in the pantomime for the first time: Della Luke’s portrayal of Nigella Lawson is captivating and Milly Thomas makes a very commanding king. This show is all about the younger children too; without the Rats, Londoners, Villagers, Slaves and Sailors it just wouldn’t be panto!

Muffin Hurst and her production team at the Henley Children’s Theatre Group have done it again. This is a great family show that is the result of a lot of work, not just from the children but also from the musicians in the orchestra pit, Hugh in the sound and lighting department, and the teams of volunteers who work backstage and front of house to ensure the show goes like clockwork.

This is a family panto, performed by children from the local area for all the family. The audiences consist not only of families and friends of those involved, but also people who just like panto. Dick Whittington is a great show, full of audience participation, local – and not so local! – jokes. Above all, it’s good ol’-fashioned “purrfect” slapstick. 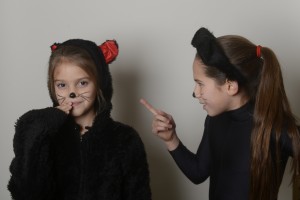 Dick Whittington runs until Sunday 5th January 2014 at Henley’s Kenton Theatre. There are some tickets for the remaining performances available online http://www.kentontheatre.co.uk/ or at the Kenton box office on 01491 575698. Hurry if you want a seat. They’re available but not for long!