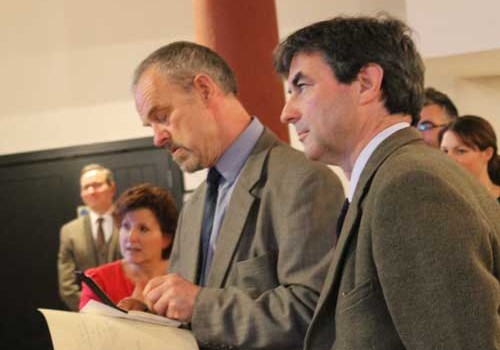 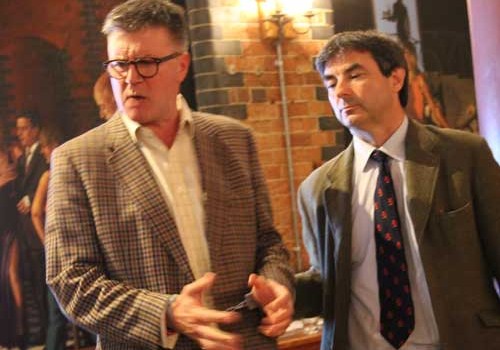 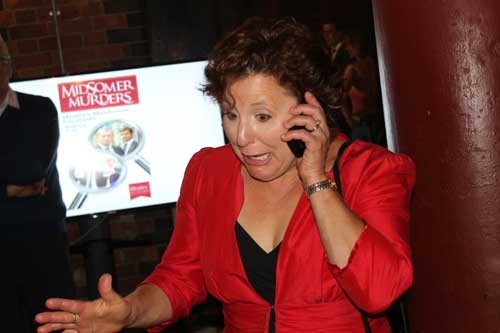 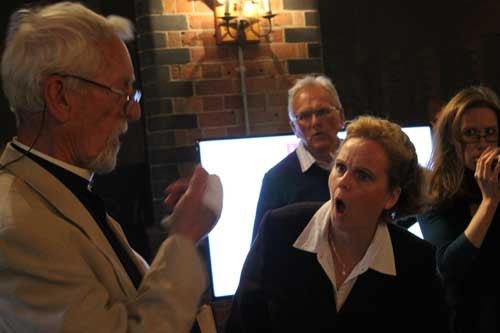 The Henley Midsomer Murder Trail was officially launched at Hotel du Vin last week.  Helen Harvey, Economic Development Officer from SODC organised the launch party and invited local businesses and special guests from Henley.  She said, “It was a great event for businesses to come along to hear about how ‘Midsomer’ effect and the trail could benefit their business.”

The guests enjoyed a talk by Chris Behan, author of the book ‘Exploring Midsomer ‘ who said, “When I knew this event was taking place in the Hotel du Vin, I decided, for fun, to give the talk an appropriate alcoholic twist, a Henley cocktail. So I’ve called it, Port, Pimms and Proof.”

Port, recognising Henley’s shipping past and probably the smooth rich red fortified wine drunk regularly after dinner in the town and on the river. Pimms, we think of summer and the Henley Royal Regatta, and Proof, no longer a measure of alcoholic content, but still evidence in a Midsomer Murder.”

Chris started his talk quoting historian William Camden, who, in 1586, wrote this about Henley, “The majority of inhabitants are bargemen carrying wood and corn to London by water”. His next line, was, “This town has nothing ancient to boast of.”  Chris went on to say, “Sadly, the comment was true, Henley did not even exist when the Domesday Book was written in 1086. To compound this, nothing of any significance happened in Henley until 1839. Then the citizens of Henley had an idea, a Regatta.” Since then, many events have started in Henley to make the town, the special place it is today. He then went on to talk about how the success of Midsomer Murders throughout the world has resulted in many visitors looking for “Midsomer” and the filming locations in Henley.

Henley has featured in at least 8 episodes of Midsomer Murders. The first, “Dead in the Water”, was filmed in the summer of 2004.

The highlight of the launch party evening was the ‘Midortum Murders’ play which was performed by the Henley Players and was written by James Edwards.  The victim Ed Wound was murdered with a heavy mallet and the suspects included Reverend Duprais who had a wound on his hand, Maddy Lines who was having an affair with the victim and who discovered the body, Winnie the victim’s solicitor and Lisa Sorsale a property tycoon who wanted to buy the victim’s home to complete a gated community and who had argued with the victim the night of the murderer. The murderer though was Guy Lines (Maddy’s husband), who was angry at Ed Wound for carrying out a high-profile affair with his wife, Maddy. He felt the residents of Killington were all gossiping about him behind his back. He tried to cover up his part in the murder by staging a break-in and theft of tools from his van.

The audience were encouraged to discuss the various clues laid out for them on an “evidence table” and make their own decision on who the culprit may have been.

James said, afterwards “I thought the play was a fantastic success – Henley Players brought the piece to life so brilliantly.”  James is writing a series of these short plays titled Midortum Investigations, which this play will become part of.

The Midsomer Murder Henley Trail leaflet is available from the Henley Tourist Information and will be on display in hotels, B&Bs and pubs in Henley.  You can download the leaflet here