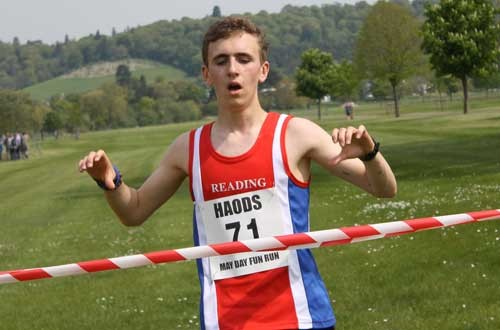 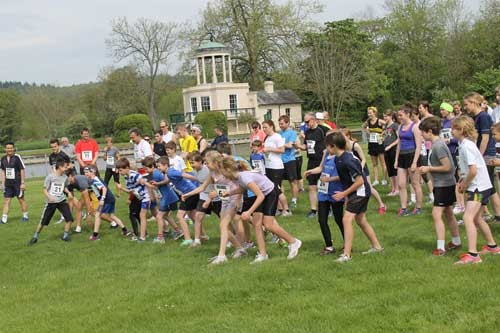 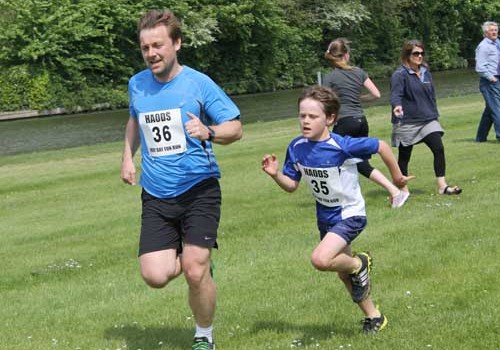 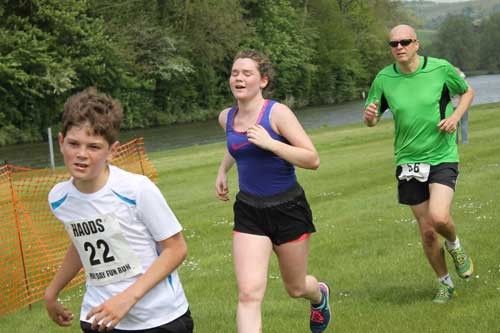 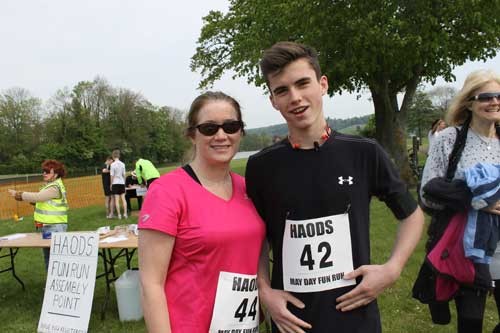 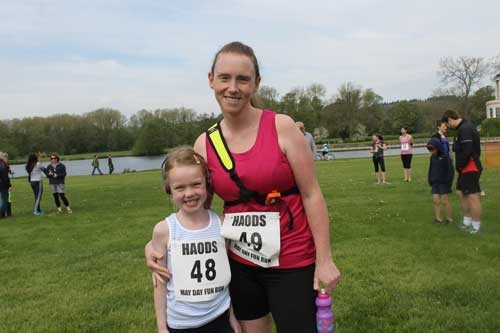 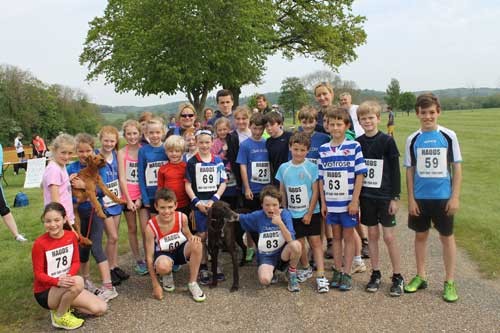 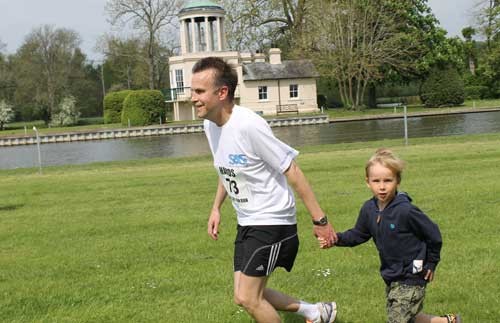 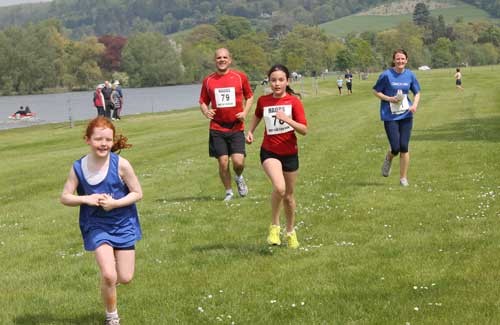 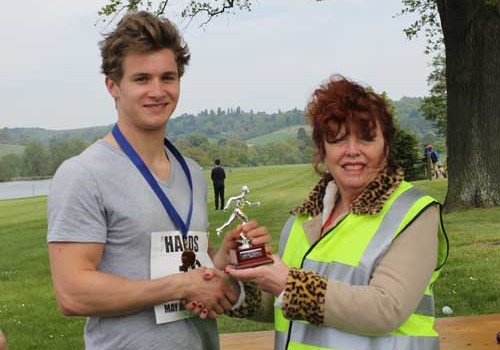 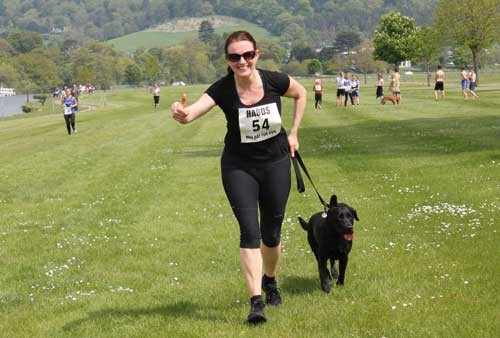 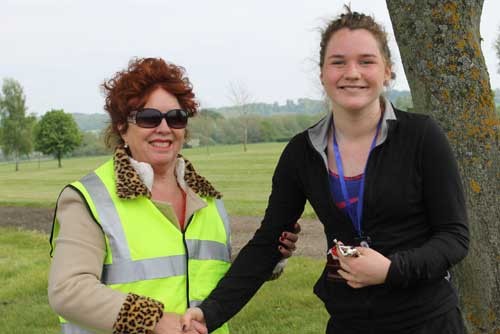 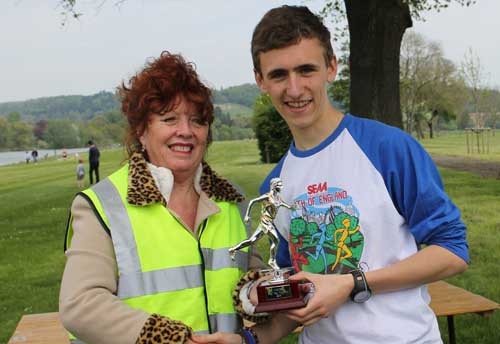 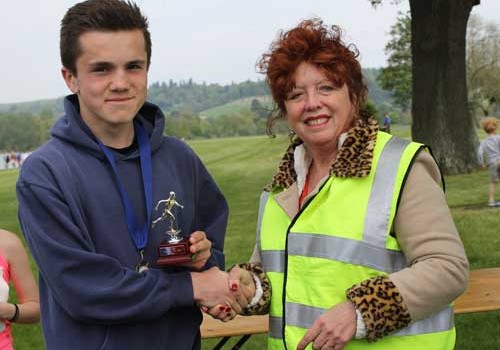 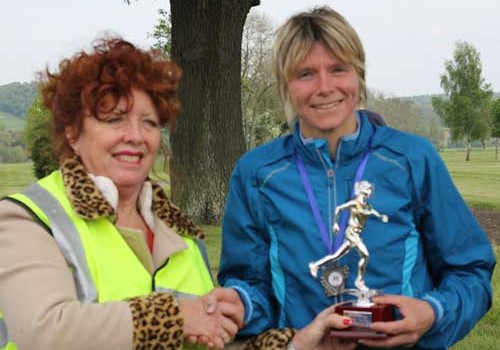 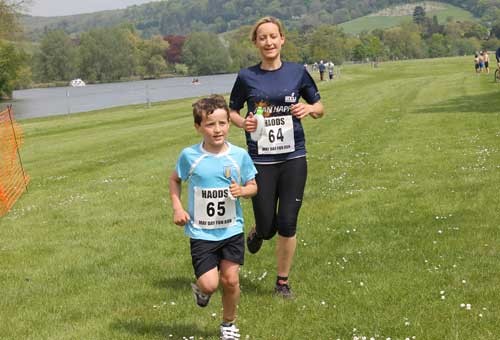 For the first time ever a junior, Peter Cook, aged 15, from Henley won the HAODS Fun Run yesterday in 30 minutes and 19 seconds and at the finish line didn’t even seem to be out of breath. This was the third time he had run the course. Freddie Lock, also aged 15 and a Gillotts student was runner up beating the first man home, Tim Pearce.

Lots of families turned out to run yesterday with the biggest number of junior entries ever. The run was started by HAODS in 1982, the year after the London Marathon started and raises money for HAODS productions.

The Brown family were running for the first time and included Mum, Charlene, Ross (16) and Sadie (10).  Emma Ryan and her daugher Lizzie-Mae, who ran the Santa Fun Run at Christmas, completed the course too.  Mike Hampson who was a regular runner until a few years ago before he had a heart bypass came to watch his son Christian run this year. Christian has run it a few times over the last few years.  “Mike said, I used to use this run as warm down after doing the London Marathon and my son used to come and watch me, nowadays it’s my turn to watch him.”

A team of Trinity School runners were running in memory of Ian Phillips, a parent who died last year from throat cancer and who used to regularly enter the run.

There were also dogs who completed the course of 5.2 miles with their dogs and who earned a medal too.

Keith Jefferies, a regular fun runner was the only HAODS member and received a special mention from Julie Huntington, Chair of HAODS.

Grace Oliver, aged 14 was the first Junior girl over the line, completing a double after winning at the Santa Fun Run in December.

Paula Hing who runs for Windsor, Slough and Hounslow Running Club was the first lady home.  She had done the run a few years ago and had completed the London Marathon a few weeks ago.

Tim Pearce from Twyford who finished after the two juniors said afterwards, “I am really pleased with my time and finishing position as I was celebrating my Dad’s 60th birthday last night.”

The Henley Herald website provides an up-to-date and unbiased digital news service for
Henley-on-Thames
Duck Diving Mayor, Morris Dancing and Ferret Racing – all the Fun of the...