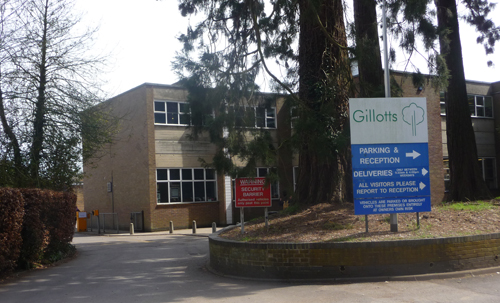 Last week the public was invited to a meeting at Gillotts School to discuss the selling off part of their land to raise a captial investment to rejuvenate the schools facilities.  Around 40 people attended the meeting.

Trevor Howell who proposed an alternative ‘Plan B’ proposal has made the following statement:

“I decided not to attend Gillotts’ Open Meeting last week, since I had already had a private conversation with David Gorsuch, Chair of Governors.  The event was barely publicised beyond the school parents and was held at a time when most people would still be travelling back from work or getting supper for their children.

Announcing the date by email mainly to parents of existing pupils ensured that large numbers of residents were ignored and that the school was, to all intents and purposes, preaching to the converted. It made no effort to engage with the wider community and no allowances were made for those large numbers of residents, many elderly and living on the doorstep of the school, who do not have computers and so cannot communicate by email.

Those of us bordering the area earmarked for housing might have been justified in expecting an explanatory leaflet, or invitation, to be pushed through our doors, outlining the school’s intentions and asking whether  we had any comments to make. But we were to be disappointed.  People living some distance from the school have also expressed surprise at not being notified about the meeting  more directly.

And how can a mention in an article in the local newspaper equate to a public announcement? Not everyone reads local papers.

From what I understand, no one was asked to sign in at the meeting, so there is no record of attendees and therefore no record of individual points of view, whether from objectors or converts to the cause.  And when it came to questions about detail there appeared to be a shortage of substance, facts and figures.

The unfortunate conclusion from all this is that Gillotts’ mandatory 6-week consultation is incomplete and invalid.”

“I thought the meeting was excellent. We had about 30 people attend from the local area and it gave us an opportunity to discuss some of the issues. One question came up which I think deserves special mention.

People observed that the school’s land is a valuable asset and when it is gone, it is gone. What happens if the school is in the same position in 30 – 40 years time? And is there really no other way of raising the money?

On the first part of the question, I want to be clear that nobody in the school wants to sell any of our land.  However, we know that our responsibility is to provide the best possible teaching, learning and sporting facilities for the young people of Henley. We have an opportunity to trade a little used part of the school’s estate for teaching and sporting facilities that will be used all day every day. We think we have to do it if we can.

With regard to 30 – 40 years time, our goal will be to make sure we are never in this position again. Because of the history of under investment in the school, we spend a lot of money on repairs, heating our inefficient buildings and so on. If we could rejuvenate the school, we could put this money into a thorough maintenance programme. We could keep our buildings in excellent condition, avoiding the need for another rejuvenation programme in the future.

Finally, with regard to alternative sources of money, we have spent years looking for a source of money to invest in the school without success. If anyone knows of one, I would just love to hear from them! And fund-raising is hard and raising £10 million is practically impossible. Very reluctantly, we have concluded that selling part of our land is the only way to raise enough money to really make a difference.

The consultation is still open until this Thursday (12 June) so if you would like to make comments about the proposal you can by completing the response form and returning it to:
Clerk to the Governors, Gillotts School, Gillotts Lane, Henley-on-Thames RG9 1PS, or consultations@gillotts.oxon.sch.uk

Fizz in the Sun
Scroll to top