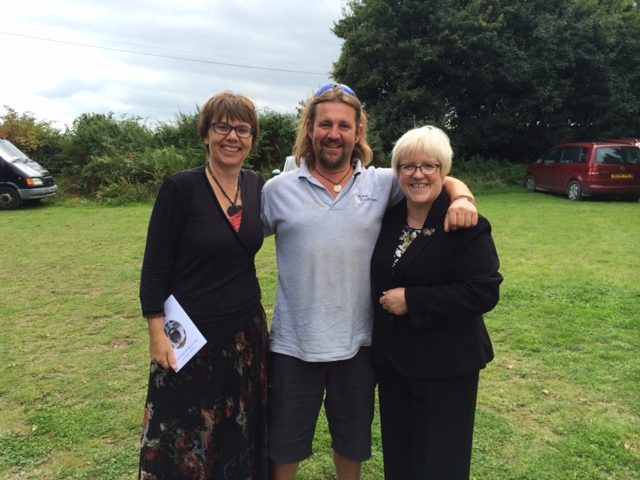 Jonny ‘the grave’ Yaxley, of Henley Woodland Burial Ground and Aylesbury Natural Burial Meadow, has been awarded Gravedigger of the Year 2014. Jonny has been digging graves for fifteen years and is thrilled to receive national recognition for his work.

The Good Funeral Awards which took place on Saturday 6 September to celebrate the achievements of practitioners who, through high professionalism and human kindness, enable bereaved people to create great funerals. The awards are conferred by judges appointed by the Good Funeral Guide, a not-for-profit consumer advice and advocacy organisation.

Charles Cowling, director of the Good Funeral Guide, said: “This is where we get to shine a spotlight on those many unsung heroes who work so hard for the bereaved and who can be so easily be overlooked. It’s where we can say to them: ‘Thank you for being there for us for the time when we shall need you’. The world needs to know that some of the nicest people in Britain work in the funeral industry, helping to make a sad time so much less of an ordeal.”

Of the woodland burial ground’s gravedigger Charles had to say, “Jonny Yaxley is a special person whose charm and commitment to making sure that everything is beautifully prepared on the day has made him a formidable force for good”.

In 2013, Henley Woodland Burial Ground won Cemetery of the Year. This year not only did Jonny win his award, but local funeral director Bruce Jones of Tomalin and Son was nominated for Green Funeral Director of the Year. Something of a green revolution and a great result for Henley.