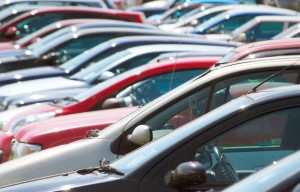 Henley Citizens Advice Bureau is warning that innocent second-hand car buyers could have their vehicle taken away from them because of an outstanding loan on the car dating back to the previous owner.

“Logbook loans”, officially called bills of sale, are often taken out against the purchase of a car. The bill of sale gives the lender ownership of the car and the lender gives the car buyer the right to drive the car as long as loan repayments are up to date. If a borrower fails to replay the loan, the car can be seized by the lender. But most people do not realise that if the car is sold on while the loan is still outstanding, and payments are not being made, the logbook lender is legally entitled to take the car away from the new owner.

In one case made known to Citizens Advice, a man said he had spent £1,100 on a second-hand car. A few weeks later he received a letter from a logbook loans company saying he owed them £637. The man contacted the loan company to explain that the car had been sold to him, providing the loan firm with the seller’s address, but somebody still turned up to take the car away. Worried that he would be left without any way to get to work, the man had to borrow money in order to pay off the previous owner’s loan.

Drivers can carry out checks before buying a car, to see whether a loan is attached to it. However, there is a charge for these searches, and not all loans will show up.

Evidence collected by Citizens Advice suggests that people are signing up for logbook loans, tempted by the promise of fast cash and no credit checks, without realising the full implications. Interest rates charged are much higher than those for a conventional loan, and borrowers can end up much deeper in debt as they struggle to repay amounts which exceed the original cost of the car by almost three times.

If you are facing a situation like this after buying a second-hand car, call Adviceline on 08444 111 444 or drop in to your nearest Citizens Advice Bureau, which is located at 32 Market Place, Henley-on-Thames. For opening hours, see www.caox.org.uk