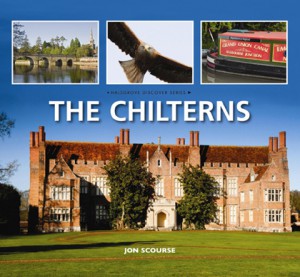 The Henley PROBUS Club held its 406th meeting and the first of 2015 at the Badgemore Park Golf Club on Tuesday 13 January, with John Keast (Chairman) in the Chair.

John opened the meeting by wishing members a Happy New Year and referred to his e-mail to all in which he had written about the need for the Club to attract more new members, as numbers are falling. He mentioned a new initiative to encourage recruitment, a free lunch for the member who brings in a new member.

This was greeted with enthusiasm by the members. John continued by stressing various aspects of the Club’s activities, particularly that of companionship. This is exemplified by the work of the Friendship Secretary, who checks up on the wellbeing of any member who misses three monthly meetings in succession.

The Christmas Lunch, which had been held at Badgemore was considered a great success.

The programme for the next few months was reviewed; Speakers have been arranged for all the monthly meetings until September. There will be a Summer Lunch, but the venue has yet to be confirmed.

One new member, John Allen was welcomed to the Club and received his badge, tie and name tag, to applause.

After other routine business, the guest speaker was introduced to the meeting by Robin Rippon, in the absence of Tony Clark (Speakers’ Secretary).

He was Jon Scourse, a professional photographer whose subject was” The Chilterns”. Jon gave a sparkling talk which was profusely illustrated with coloured photographs of exceptional quality, both projected onto a screen and an exhibition of large scale mounted prints. He is clearly devoted to the region and we were not left in any doubt about his enthusiasm. He had just had a book published by a company in Somerset, who were publishing books on several areas of UK and had commissioned Jon to produce one of the series, on the Chilterns. Copies of the book were on sale at a discount.

Although he knew the region well, he soon realised that he needed to improve his knowledge of the northern part of the region.He commented on the large numbers of areas of natural beauty. He described the region as a scarp, mainly of chalk, that extended north-eastwards from Goring. He referred to the present controversy about the route for the projected High Speed Train 2 service (HS2) in the northern Chilterns, observing that this was nothing new. There had been similar controversies in 1793 about the route for the Grand Union Canal and again in 1837, when the first railway line was being built. He observed that the southern Chilterns were generally “calmer” than the north.

He said that the Chilterns are generally less well known for their beauty than the Cotswolds. There was a high proportion of woodland; to an extent that the region could be described as being one of “chalk and trees”. He displayed some first class photographs to support this contention. Continuing, he observed that the region had a long history; that the Ridgeway was over 5.000 years old and had originally been a route by which flint (which abounds in the chalk) could be exported from the region. Specimens of Chilterns flint, mainly in the form of arrow heads, had been identified across Europe.

He showed a photograph of a reproduction of a typical hut of the type common locally 5,000 years ago.

He also had a photograph of a kiln in Nettlebed as another example of how the region had benefitted from its natural resources. A hundred years ago, there had been fourteen such kilns in Nettlebed, used to produce bricks and tiles from the red clay that overlay the chalk in that area. The output went mainly to Henley, a relatively convenient journey.

However, with the introduction of the railway the trade moved to Reading, where there were larger deposits of red clay and where the developing town provided a growing market.

The beech trees, although originally indigenous, had been developed as a cash crop, for use in the furniture trade. This was a cottage industry, with components for furniture (mainly chairs) being produced in small workshops and then sent to High Wycombe for assembly.

He reverted to other news of the region, for example that William the Conqueror had to move as far west along the Thames to Wallingford before he was able to cross it and push eastwards to capture London. He enthused about Ewelme and its varied architecture, showing a photograph of a school that had served the village since Henry VIII’s reign. Jerome K Jerome, the author of “Three Men in a Boat” had lived in Ewelme. Jon also showed excellent photographs of the many stately homes in the region, such as Stonor Park and Grey’s Court. Others were of beech trees, bluebells and snowdrops. The last will soon be out again.

The fascinating display of photographs continued including a monument at Queen’s Hill, Tring Canal, Aylesbury, windmills, Berkhampstead, the house where Milton wrote Paradise Lost, the Roman remains at Hambledon, Temple Island and of the Henley Royal Regatta. But not all was of nostalgia. There was a photograph of an Archimedean Screw in the Thames that is generating electricity on a commercial scale.

The speaker was warmly thanked by the Chairman, who commented on how much we had all learned – and how much more that we could explore. After sustained applause, questions were invited. One concerned his choice of camera; he uses Nikon and Canon, preferring digital to older methods, mainly on the grounds of cost.

Asked if he had another book pending, Jon said that he was considering one on the Thames Valley, from Oxford to the sea.

Jon was thanked again by the Chairman, to renewed applause.  This was followed by a visit to the bar and then a first class lunch of roast ham (with vegetables and sauces), fruit salad & cream, followed by coffee & mints.