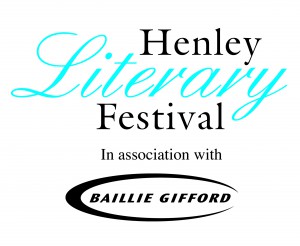 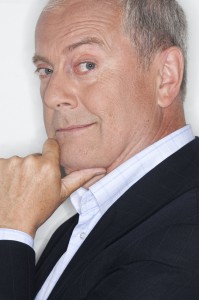 The first few authors have been announced for this year’s Henley Literary Festival – along with a new headline sponsor and a ticket price freeze. Broadcaster Gyles Brandreth, Green Party MP Caroline Lucas, Before I Go To Sleep author S.J. Watson, international bestseller Paula Hawkins and the UK’s most-borrowed adult author M.C. Beaton are the first names confirmed for the September 28-October 4 festival. In total around 150 talks and interviews with well-known figures from sport, politics, entertainment and more will take place across Henley-on-Thames, as well as events for children of all ages.

Brandreth, a regular on Radio 4 and The One Show, returns to Henley after his sell-out appearance in 2012. Lucas, whose party is currently record popularity, will reflect on her time as leader and her experience of being the sole Green MP in the current parliament. Watson, whose debut Before I Go To Sleep was turned into a film with Nicole Kidman and Colin Firth, will discuss his much-anticipated follow-up Second Life alongside Hawkins who last month topped both the UK and US fiction charts with The Girl on the Train. Beaton makes her Henley debut having last week published her 30th Hamish Macbeth novel and in the wake of Sky’s Christmas Agatha Raisin adaption.

Investment manager Baillie Gifford has signed up as headline sponsor on a three-year deal. The firm, longtime festival supporters who last year sponsored events including Ranulph Fiennes, Emma Bridgewater and Roger Bannister, is one of the UK’s largest independent investment managers, and the manager of seven investment trusts including Scottish Mortgage. They currently have over £114 billion (as at 31st December 2014) of funds under management and advice in active equity and bond portfolios for clients in the UK and throughout the world.

Festival events director Harriet Reed said: “We are delighted that the next three Henley Literary Festivals are in association with Baillie Gifford. They are passionate about the kind of events we put on and their support allows us to keep tickets prices the same for adult events, starting at £7.”

Baillie Gifford events manager Michelle McLeod added: “We are really looking forward to stepping up our involvement with the Henley Literary Festival – the quality and variety of their programme provides for top class entertainment and the wide range of events has something for everyone.”

Laithwaite’s Wine will continue its relationship with the festival for a fourth year, in a new position as wine sponsor. Sponsorship manager John Kemp said: “The buzz in the town during the festival makes it one of our favourite weeks of the year so we are thrilled to be back.” There are still sponsorship opportunities available at the festival, now established as one of the biggest of its kind.