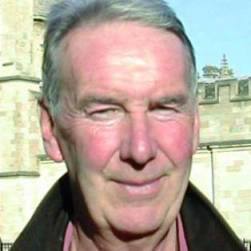 The Margaret Day room was once more filled to capacity for this fascinating ‘whistle stop tour’ of the history of Oxford University. Alastair Lack (pictured left) read Modern History at University College, Oxford between 1964-8 and subsequently taught in India and worked in publishing in New York. He then worked for the BBC for almost twenty-seven years, from 1971 to 1997, making programmes for both television and radio, before returning to Oxford. His love for and his knowledge of the City and its University led to an admirable presentation to over 60 members of the Group and visitors.

The exact date of the origin of the University is unknown despite a legend that associates King Alfred with the foundation; however it is considered that there were students in Oxford as early as 1096. From 1170 the numbers increased when English students in Paris were ordered by the Crown to return to England and many settled in Oxford. The University Church of St. Mary’s is considered to have been the starting point at which time the majority of students consisted of young men between 12-15 years old, lodging at houses in town and taught by the local people.

University College was the first College to be founded, in 1249, through the estate of William of Durham, a Bishop, who willed rents from his property to fund the education of poor students so as to compete with the European religious houses. Student numbers at this time were very low. However, Oxford was a thriving city only exceeded in wealth by London and York, helped by the proximity of the Royal Hunting Lodge at Woodstock.

Other colleges soon followed with Balliol founded in 1263 and Merton in 1264. The former was responsible for the education of over 40 MPs, as well as Harold McMillan; whilst the latter was the first college to establish its own statutes to regulate its affairs with no interference from either Church or Crown. Later New College, 1379, and Lincoln College, 1427, followed – the former was the first to have a feeder school (Winchester College) whilst the latter was founded by the Bishop of Lincoln to combat the heretical doctrines of John Wycliffe. Interestingly the Methodist John Wesley became a Fellow of Lincoln College.

Up to the C16th the colleges were all founded by either Bishops or the Crown. Halls of Residence, to accommodate the sons of the gentry and aristocrats to the same standards they enjoyed at home, were not built until the C18th.

Women were not admitted to the University until the 1870s; attending Somerville College (1878) and Lady Margaret Hall (1879) and were required to have chaperones to attend lectures. Although they could sit the exams, degrees were not awarded until 1920. 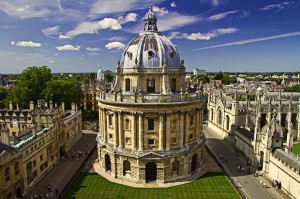 Views of some of the iconic buildings shown by Mr. Lack clearly demonstrated that without the generosity of benefactors such as Thomas Bodley, John Radcliffe, Gilbert Sheldon and Elias Ashmole as well as the establishment of the publishers, The Oxford University Press, and the book sellers. Blackwells, there would not be such an important and diverse heritage for this country.

Mr. Lack’s talk drew to a close by reminding the audience of some former students, including amongst their number some 26 Prime Ministers and 50 Nobel prize winners, as well as MPs, sportsmen, poets, writers, and many more who left their mark, including a President of the United States of America, on the history of Oxford University.

Finally, Mr Lack posed a number of questions about the future of the University which mainly continues to teach the humanities to undergraduates whilst others are concentrating on technological research.

Be Well Centre Open Every Monday
Scroll to top