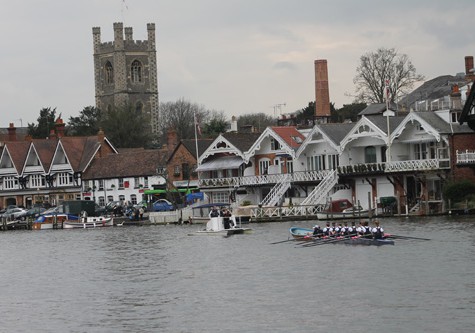 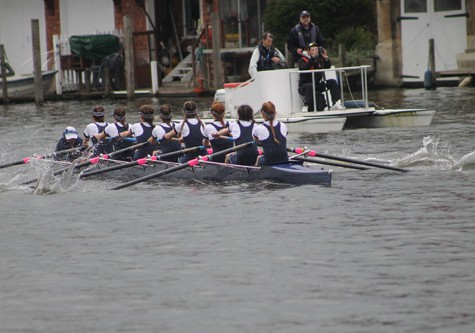 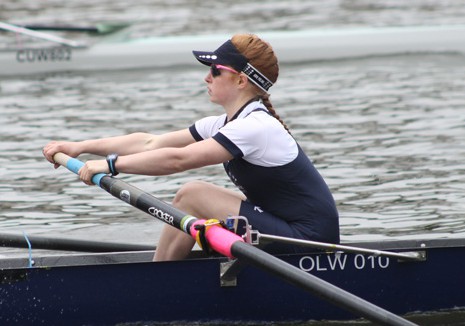 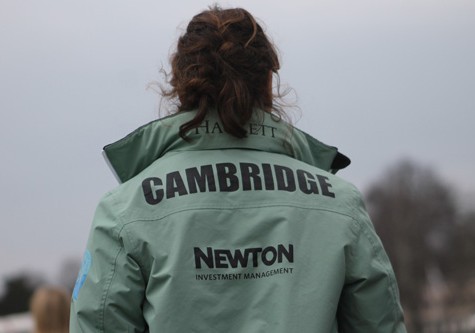 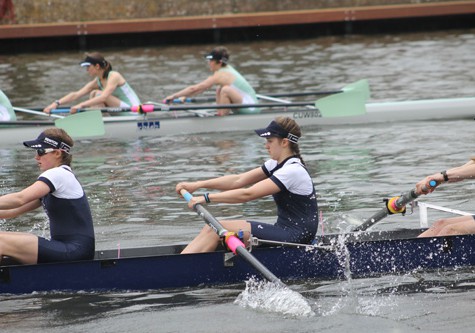 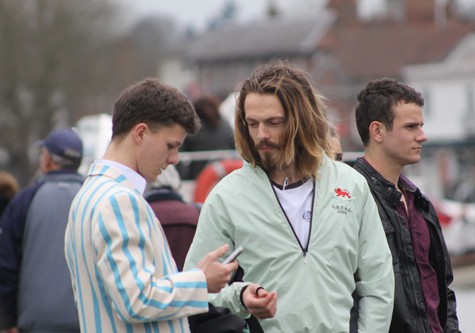 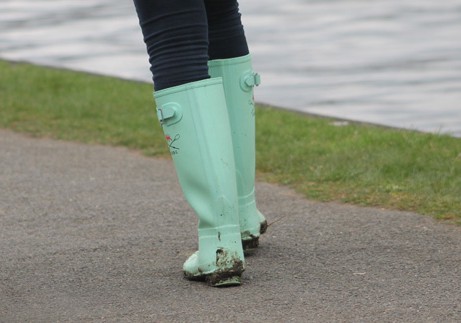 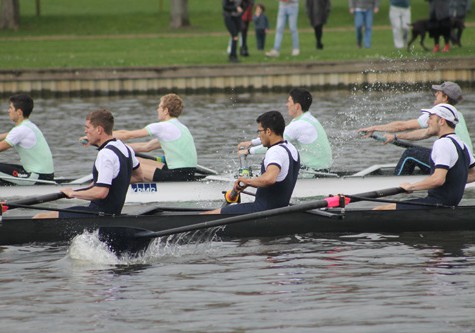 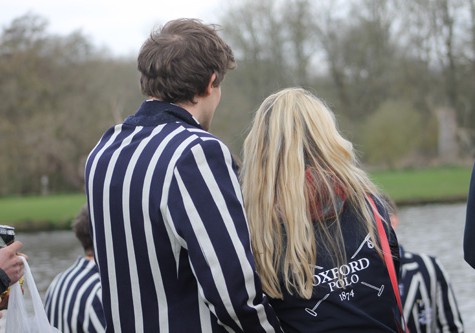 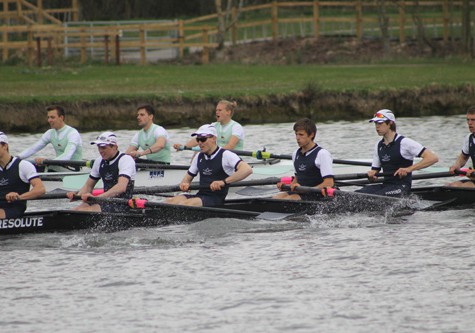 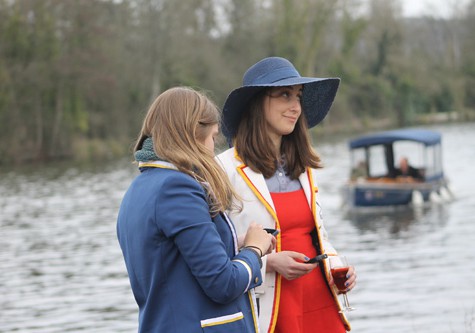 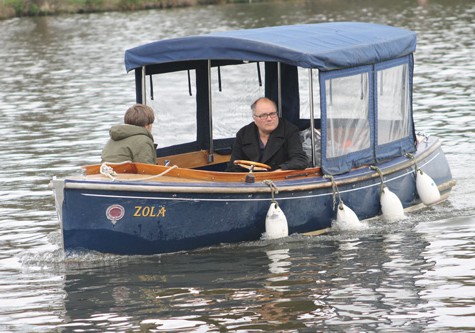 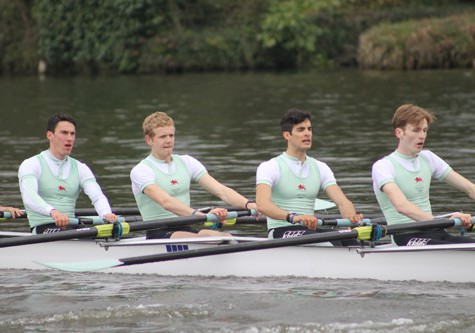 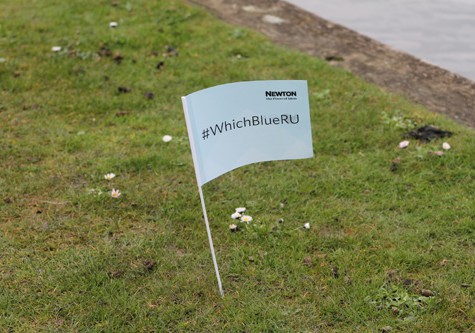 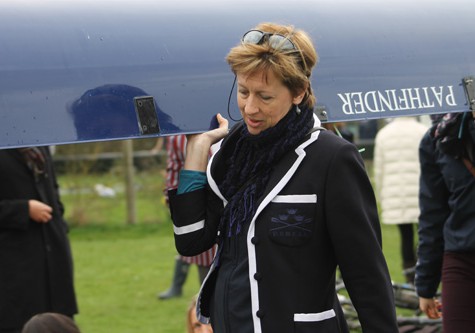 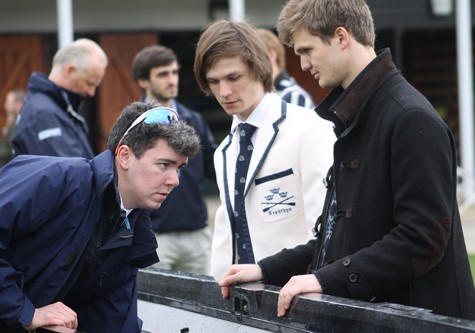 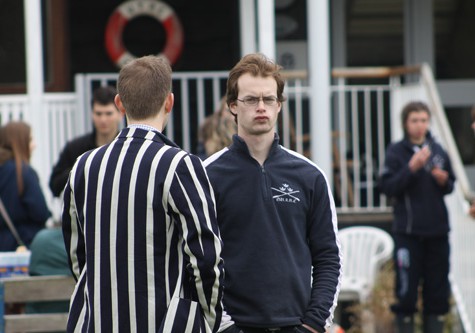 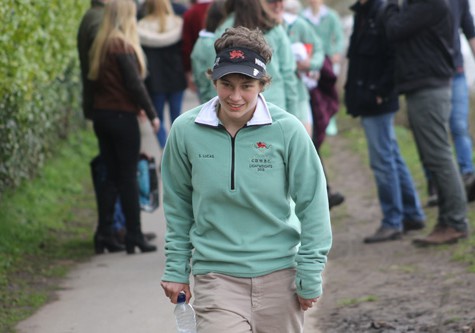 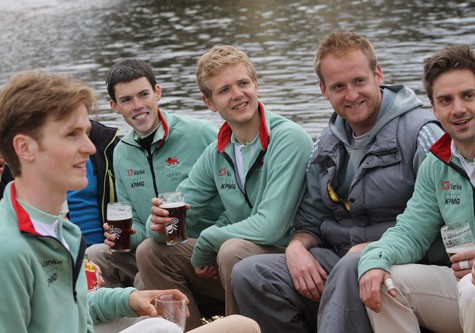 Easter Sunday dawned a beautiful spring day, a great relief for organisers as the day before saw white horses on the Henley stretch making the course virtually unrowable. Instead the crowds that flocked to the banks of the Thames were treated to some of the best racing for years.

The afternoon kicked off with the women’s and men’s collegiate races. In the women’s race it was Christ’s College Cambridge against Green Templeton College, Oxford. In a close fought contest it was the crew from Christ’s who struck the first blow for Cambridge taking the race by ¾ length. For the men’s race it was Jesus College, Cambridge up against Oriel College, Oxford. The men from Oxford took control of the race from the off and never looked in trouble. The eventual verdict of 3 lengths was somewhat larger than necessary as the crew from Jesus mistook a spectator’s air horn for that of the finish judge, and stopped rowing some 20 to 30 metres before the line.

Next up was the first of the Varsity Boat races, the Lightweight women. All the crew weighed-in during the morning and had to hit the maximum of 59kg. Sitting on the start-line the nerves were evident as pleasure cruisers delayed the start by a few minutes. When they eventually got away the light blues of Cambridge established a strong rhythm and sneaked into a lead of a few feet. At Fawley they had extended this to a canvas, but there was really nothing in it. Oxford hung on and both crews traded blows all the way down the course. Coming into the final 100 metres Oxford launched a huge attack and narrowed Cambridge’s lead to 1 foot. But, Cambridge held them and responded in kind in the final few strokes to take the win by just 3 feet in a time of 6.26.

It was then the men’s turn. Word on the towpath was that there was very little to choose between these two crews, and so it turned out. Right from the off Umpire Peter Knowles was kept busy as coxswains Alistair Nelson for Cambridge and Thomas Clode for Oxford, battled for the fastest stream. Cambridge had the better start and edged into a narrow lead. By Fawley they had extended this to 1/3 length. But, the Dark Blues would not let them get away and held the Cambridge charge. All the way down the course it was nip and tuck, Cambridge always holding a narrow lead, responding to any push that Oxford made. For their part the Dark Blues steadfastly refused to allow the Light Blues to get more than a few feet lead. Coming into the finish Oxford mounting a huge charge and closed the gap to just a few feet with blades interlocking as they had done for most of the course. Inevitably there was a clash of blades just before the line. Neither crew knew who had won when they crossed the line and Clode in the Oxford coxswain’s seat raised his hand to appeal to the umpire claiming the clash had impeded his crew. After an anxious few minutes wait the man in charge, Peter Knowles, dismissed their appeal and the result was declared as a win for Cambridge by 4 feet in a time of 5.55.

So it was 3 wins from 4 races for Cambridge meaning they took the Francombe Cup for the most successful university on the day, presented by race founder, Richard Bates. Temple Island Meadow was a sea of Light Blue celebrating a double win in the lightweight races for the first time since 2001.