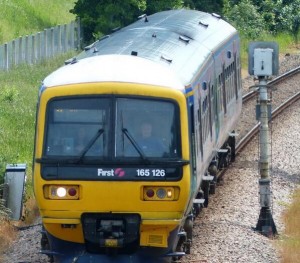 “Network Rail and First Great Western (FGW) have both issued apologies after signalling problems in the Thames Valley area affected commuters for three days this week.

However, Network Rail claims that the “majority” of problems were not related to the re-signalling project that was completed over the Easter weekend.

After completing the work to install new freight lines at Reading on time, managing director for the western route at Network Rail, Patrick Hallgate, said: “We still have a significant amount of work to complete in the Thames Valley, which is why I would urge anyone travelling over the next week to check before they travel.”

But FGW customers faced delays of up to an hour on services in and out of London Paddington following signalling problems in Slough on Tuesday 7 April.

Problems then continued into Wednesday when signalling problems started at around 9am, with the issue reported in the Hayes & Harlington, Southall, and Ealing Broadway areas. This caused delays of around half an hour.

Some services were then either cancelled or delayed by up to half an hour between Reading and Basingstoke at lunchtime due to signalling problems.

And on Thursday a train fault outside of London Paddington station just before midday meant that all lines were temporarily blocked whilst engineers attended the service.

Mark Hopwood, managing director of FGW, said: “We’re sorry for the severe inconvenience this caused to many customers’ journeys and we are working with Network Rail to establish what caused the problems, and what measures they are putting in place to reduce the likelihood of it happening again.”

The delays may also mean that some passengers could be entitled to a refund or compensation.

“The vast majority of these signalling issues were not related to the re-signalling project that was completed over the Easter weekend. This only goes to reinforce the importance of replacing all our ageing signalling equipment across the Western route, which is being delivered through our £7.5bn modernisation programme.

“Due to the need to continue to run an operational railway, this improvement work is being undertaken in stages and once complete, will play a significant role in delivering greater reliability and punctuality for passengers.”

This week, Network Rail’s Easter package of improvement work continues with the installation of new track and signalling equipment on the relief lines between Didcot and Reading.

From Tuesday to Saturday, there will be a revised train service through Reading.

Trains will not call at Pangbourne, and a rail replacement bus service will operate between Tilehurst and Goring and Streatley, calling at Pangbourne.

Additionally, on Sunday 12 April all FGW lines will be closed between Hayes and Harlington and Didcot Parkway to include Thames Valley Branch lines. This will mean use of rail replacement bus services as well as significant re-timings and diversions to major destinations to and from London Paddington.”

Join the Henley Branch User Group to keep up to date by writing to us at henleybranchusergroup@gmail.com      and follow us on Twitter @HenleyBUG