Three previous Mayors and HRG Councillors will be standing independently in the next election. 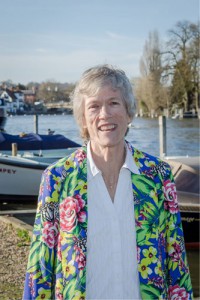 I am a Trustee and supporter of many organisations including Henley 60+ Club, Henley Educational Charity, Lest We Forget, NOMAD Bled Twinning & Thamesfield Youth Association. I jointly organise the Henley Annual Choir Festival raising funds for local charities and sings in Aliquando and I am a Church Warden at St Nicholas Church, Greys.

I will continue to support the improvement of playgrounds and the creation of the new skatepark at Makins and I am leading the work to improve the sound, light and vision in the Town Hall in order that there can be wider use.

I have lived in Henley for 42 years, and have two married sons, and a married daughter who all attended 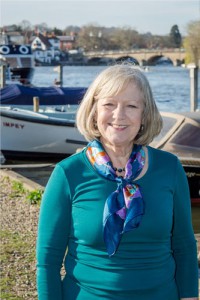 local Schools and the Henley College.

I started my career as a Teacher, with eight years teaching in London schools, followed by part time roles in Nettlebed Primary School and the Henley College. In 1985 I changed career, gaining a Postgraduate Diploma in Human Resources and working for multinational companies for 20 years before becoming an HR Consultant. I am now retired.

As a founding member of HRG, I was first elected to Henley Town Council in 1991 and served for eight years. My greatest personal satisfaction was gained when the Citizens Advice Bureau was moved into new accommodation, which better reflected its high value to the town.

I was delighted to be re-elected to Henley Town Council in 2011, and honoured to be selected as Mayor of Henley. This was a great privilege and pleasure. I have chaired the Town & Community Committee and The Old Fire Station Gallery working group. I am a member of  Finance and the Traffic Advisory Committees as well as Henley in Bloom, Christmas Festival, HiT Litter Campaign and Town Team working groups, Henley/Bled Twinning Association, 60+Club Management team, Allotment Association, Chair of Friends of Henley CAB and Advisory Board member of NOMAD.

I have decided to stand again for Election as I love Henley and its people. We have a wonderful community created by our residents, and I want to listen to their needs and work on their behalf. I believe I have the energy, enthusiasm, commitment and passion to continue my work hard for Henley. 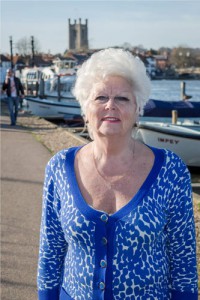 I applaud loyalty, hate bullying; give me a good cause and I will fight for it, from saving beds at Townlands to opposing controversial Planning issues. I have been a Town Councillor for 8 years between 2007-2015 – Deputy Mayor twice and Mayor once. As the current Deputy Mayor; I sit on every Committee, sub-committee and working group including the Town Team, Regatta and Neighbourhood Plan Governance, within Henley Town Council. I Chair the Recreation & Amenities, Town & Community, and Christmas Festival.

I am a Council Rep for the Twinning Associations, River Thames Alliance, NALC conferences, Volunteer Bureau and Trustee of Henley Municipal Charities, Governor at Henley College and Treasurer -Air Training Corp between 2008-2014.

Over the past 4 years I have been a strong voice for Henley at District Council in all matters including protecting our Boundaries, Ward name, Green belt, and keeping our Housing allocation low and fair.

My role is to be a conduit between Henley Town Council and the District Council. It is impossible to be a good District Councillor without being a Town Councillor as well. I have effectively helped Henley Residents with, among others, housing, council tax, planning problems as I can to speak to the relevant Council Officers on their behalf.

Vote for Me and you will be voting for an experienced, determined and articulate District Councillor with the integrity and confidence to carry forward the wishes of the people of Henley.

Planning has been my main committee; I have had major successes in protecting Henley from adverse planning approvals and in conserving this jewel in South Oxfordshire’s crown. We live in a beautiful area which must be protected at all costs from aggressive developers, we need to ensure they build affordable housing as 40% of total build or there will not be enough homes for the key workers whose skills are very much required in South Oxfordshire.

I am proud to represent Henley at SODC. As an Independent District Councillor I am free to vote for what is right for Henley without political restrictions.