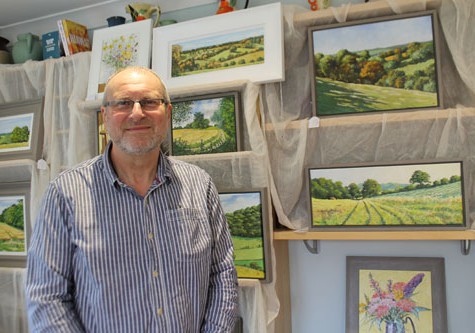 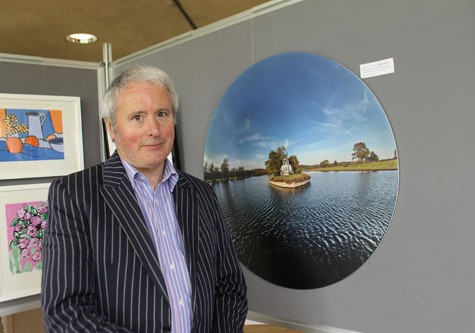 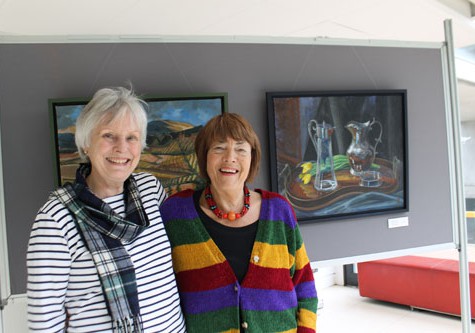 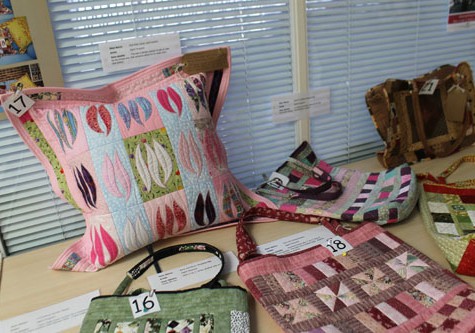 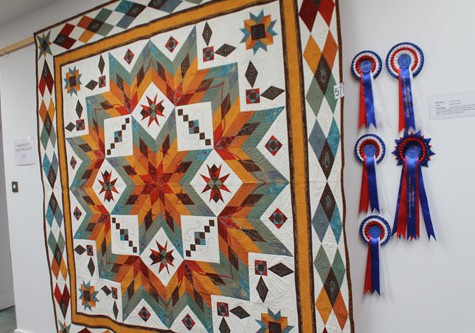 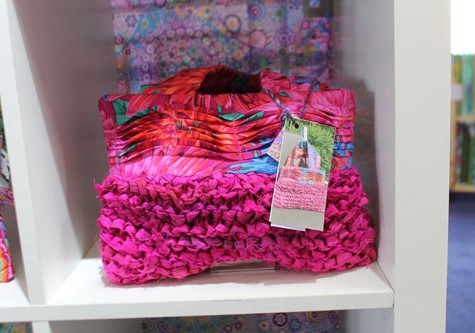 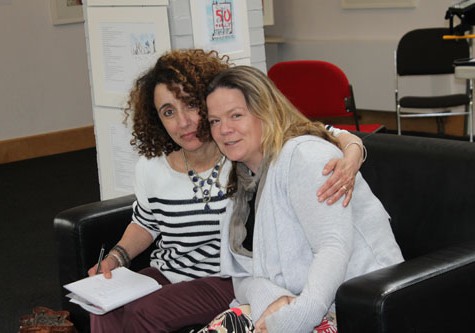 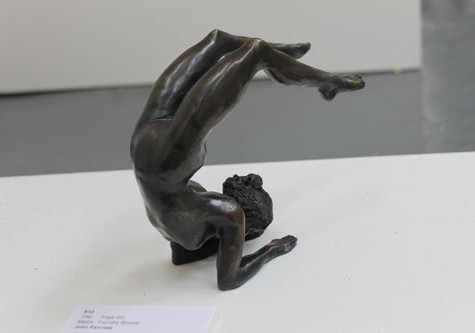 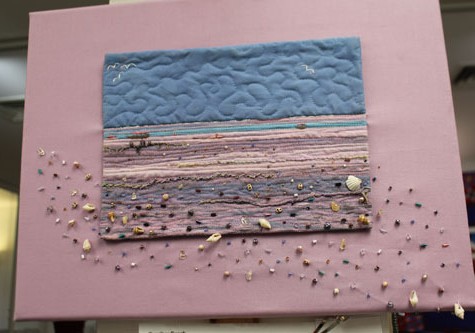 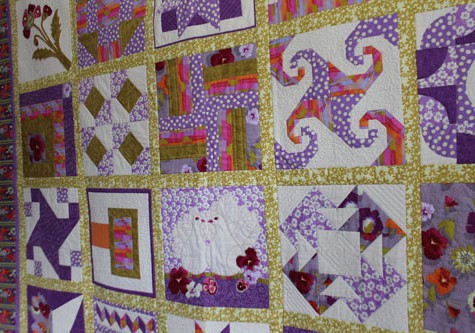 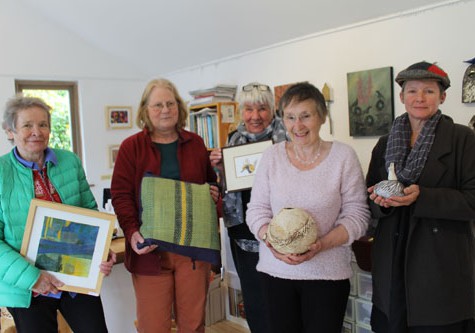 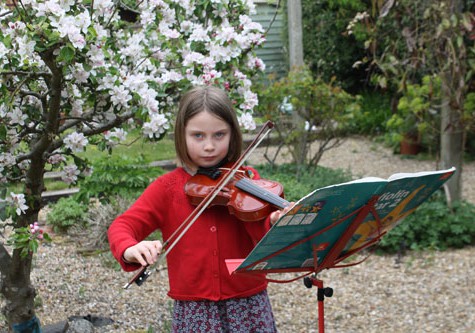 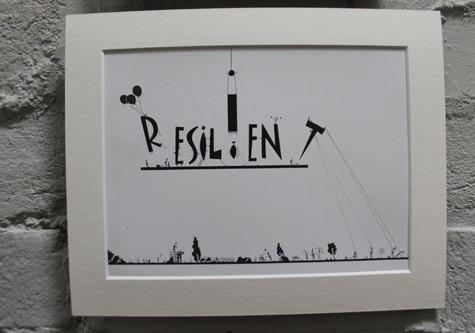 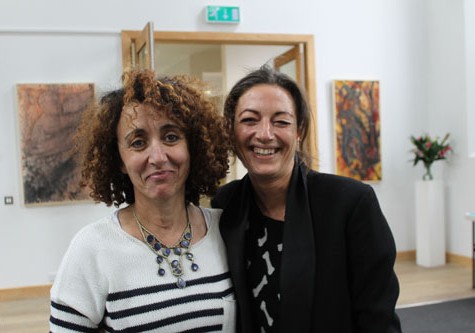 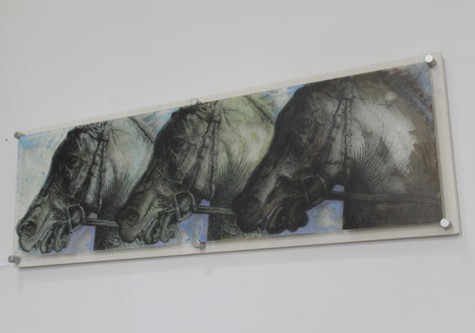 This year was the 10th anniversary of the Henley Arts Trail which showcased local talent in their artists’ studios and exhibitions in 25 venues in and around Henley over the Bank Holiday weekend.

We visited all the venues in Henley to meet the artists and look at the amazing array of artwork on show.

At Venue 1 at the Old Fire Station gallery the exhibitors were members of Henley’s Art and Craft Guild and included beautiful paintings, ceramics and sculptures. 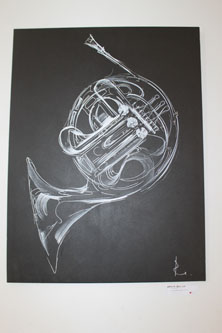 Venue 2 was artist Nacera Guerin and Friends which included work from Emma Bruce, Robert Brain, Steve Allender and Clinton Morgan.  At this venue they also had a fantastic programme of entertainment including a creative writing session with local author Amanda Jennings and a film showing of the award winning documentary “Zelal” on Saturday evening.  Spotlight on Venue 2 can be read here.

At the River and Rowing Musuem (Venue 8) local artists Diana Seidl and Judith Fletcher were joined by Martin Cook, local photographer, Bronwen Coussens (ceramics) and Kay Singla (sculptures).  As well as an exhibition of work there were sculpture demonstrations and workshops on creating artwork on an iPad, led by Diana.

Venue 9 was new for this year. It was at John Loader’s house in Deanfield Road.  John used to be a Graphic Designer until a few years ago.  He started painting seriously after his mother became ill and he need to help look after her and have more flexibility with his work.  He’s now a full time artist and said, “It’s great to be able to do something I really love and I am really pleased to exhibit my work at home this year.”  John exhibited his work last year at Shurlock Row where he met Claire Howlett who was also exhibiting at his house.  Claire started painting again just 5 years ago after she went on a course.  She originally trained as Fine Art Restorer. She said, “My inspiration comes from walking the dog – taking into account all the aspects – the landscape, the weather and the atmosphere.”

The Garden Studio in Blandy Road was Venue 10.  Anne Henk Johnson who lives there has opened her house with artist friends for the last 3 years.  The exhibition was in Anne’s studio in her beautiful garden where you could sit and enjoy refreshments whilst listening to a young violinist playing.

Lady Sew and Sew, the main sponsor of the Henley Arts Trail was at Venue 11 on Farm Road.  Their warehouse had over 100 exhibits of quilts, pictures, bags and dresses.   Quilt highlights included a collection of handmade quilts from the 1850s, the winning 2014 National Patchwork Champion entry by Annelize Littlefair ‘Kutch Diamonds’, the ‘Original Flower Quilt’ (super kingsize) by Sigrid Ferguson and 3 quilts which were given to Vanessa, owner of Lady Sew and Sew. as wedding presents when she got married last December from customers – all of which featured her pet bunnies! 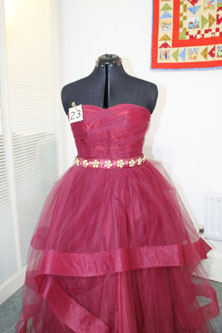 As well as quilts at Lady Sew and Sew there were two beautiful dresses – one of which (left) was made by Laura, Lady Sew and Sew’s new Mail Order Manager who only joined the company 3 months ago.  She made the dress which had a fully boned corset, and several skirt layers of tulle in just over 2 weeks.  There were also some beautiful textile pictures made by Linda Seward, the famous patchwork author and unique colourful bags made by Sue Livesey with Kaffee Fassett material.

The Henley Art Trail is organised by the Henley Arts and Craft Guild who also run a series of exhibitions, talks, workshops and programmes throughout the year. To find out more go to www.henley-arts.org