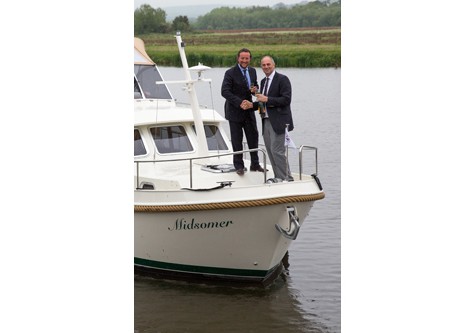 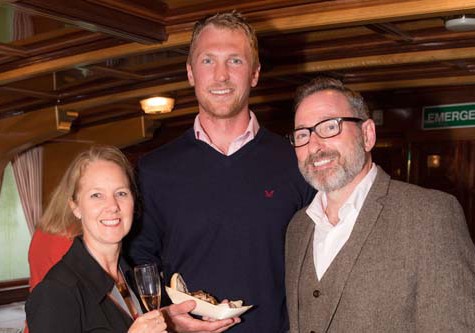 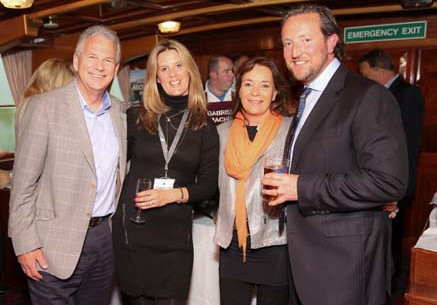 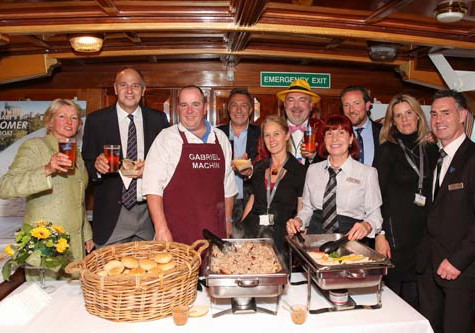 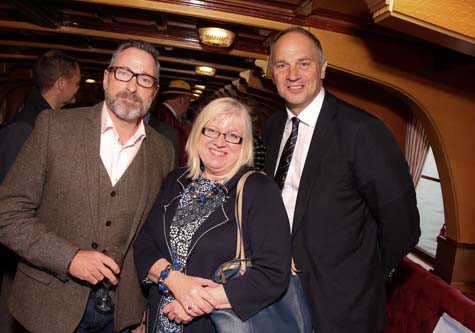 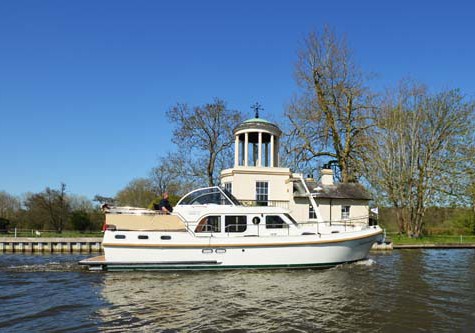 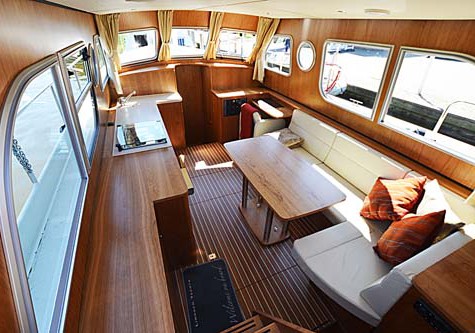 Pouring champagne over Midsomer’s bow, Sir Steve Redgrave said “It is a privilege to help Hobbs of Henley launch this new luxury vessel. As chairman of Henley Royal Regatta, I am aware of how much help they have given to the event. For years I trained on this Henley reach in pursuit of my five Olympic golds, and dealing with the wash created on the water by the Hobbs Fleet made me a better oarsman!”

Midsomer, a Linssen 36.9, is named in recognition of the large number of towns and villages that have been filmed along The River Thames for Midsomer Murders, including Henley where the boat will be based. An accompanying ‘Midsomer by Boat’ river trail covers a seven day itinerary between Marlow and Wallingford.

Hobbs of Henley Managing Director Jonathan Hobbs said “Midsomer is the result of a partnership between Hobbs of Henley and the world famous Linssen Yachts, the luxury Steel Motor Cruiser manufacturer. Hobbs were appointed as the exclusive Linssen Cruiser charterer in the UK, in 2013. After Peter Linssen chartered sister boat ‘Jacqueline’ he remarked that every day was like being in Midsomer and how attractive that would be to North European visitors. We agreed, and that’s how the whole idea came about.”

The launch was hosted by Henley Business School at Greenlands – itself a filmed Midsomer Murders location in ‘The Flying Club’ and regular partner of Hobbs of Henley. The Dean, John Board, commented that he was delighted to welcome Hobbs of Henley and their guests to the venue, which at 70 years old makes it the longest standing business school in the country. To mark that event several former alumni and Olympic medallists were invited to be present including Alex Gregory Current Olympic and World Champion, and other GB internationals from Reading University Boat Club.

Henley’s local Midsomer Murders links continued through support from Loddon Brewery, with the specially brewed ‘Night of the Stag’ Ale, and Gabriel Machin butchers who supplied Pulled Pork and revealed that they often supply butchery tips to the programme makers.

Steve Redgrave said: “When I was asked to name the boat I thought ‘is it was because I know this stretch of river like the back of my hand, or my new appointment as Regatta Chairman, but no, my appearance in Midsomer Murders seemed to be the key. When I was asked to act in MM. I think they must have seen the name Redgrave and presumed I was from the acting family.”

For more details to go www.hobbsofhenley.com and the Midsomer itinerary can be downloaded here

Have Your Say – Would YOU Benefit From Better Station Parking at Twyf...
Scroll to top