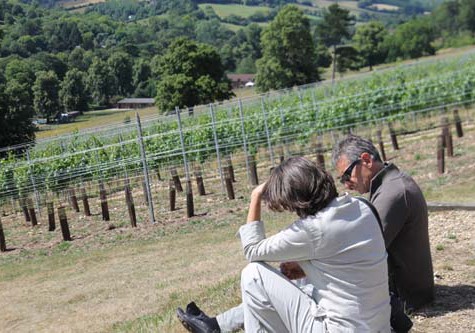 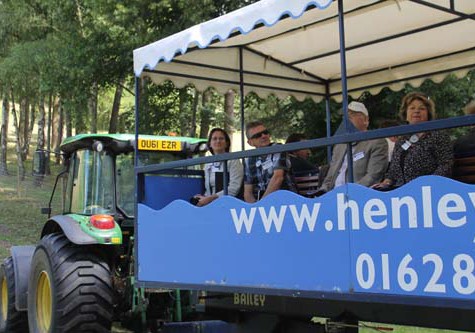 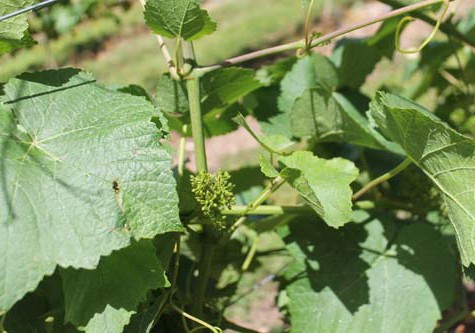 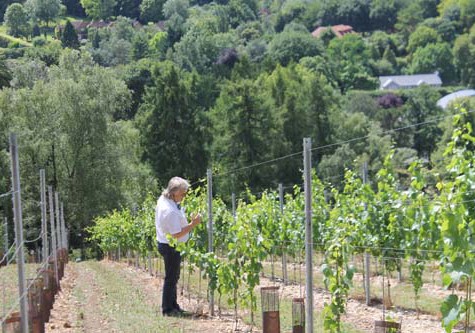 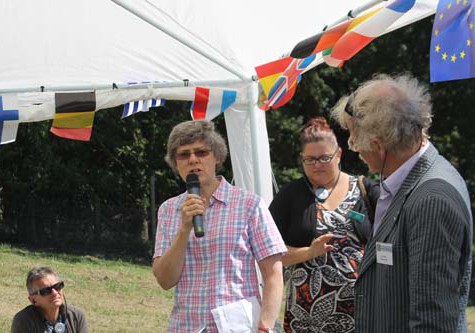 Henley in Bloom was invited to represent the UK in the prestigious Entente Floral European Competition by RHS this year. Henley is up against 9 other towns from Austria, Belgium, Germany, Ireland, Italy, Hungary, Netherlands and Slovenia. On Sunday, 10 judges from Europe arrived in Henley from judging Trim in Ireland to take a tour of the town.

The tour included a river trip, visits to Mill Meadows, St. Mary’s Church, Gainsborough Estate and the Fairmile Vineyard before having a meal at the Trad Boat Festival.  The competition is to encourage public authorities, private and voluntary bodies and individuals to co-operate in beautifying their towns and villages by the planting of flowers and shrubs, by the development and maintenance of green spaces and parks and by generally fostering development which is ecologically and environmentally sensitive. In this way the quality of life is improved for both the inhabitants and visitors alike. The judging is marked on the following elements:

We caught up with the judges at the Fairmile Vineyard in the afternoon where they were introduced to Jan Mirkowski who planted the vineyard in 2014.  Jan told the judges about how he started the vineyard and his plans for producing sparkling wine.  This year’s grapes will be sent off to be tested and Jan hopes to bottle his first wines in 2016.

Kate Ashbrook, General Secretary of the Open Spaces Society was invited to talk to the judges at the vineyard about the society’s work on the day of their 150th anniversary.  Kate said, “Without the society countless commons, green spaces and public paths would have been lost for ever. In some of these cases the public right would have been utterly lost but for our intervention.  In others we gave vital legal guidance to local people, and in still others we took the lead in organising defenders of public rights to save them—including taking direct action. Today we are needed more than ever because public spaces and paths face constant threats from developers and swinging cuts to public spending.  We are as energetic as ever in the fight for our freedom to enjoy those vital green spaces and paths.”

The awards are based on overall marks achieved, ranging from bronze, silver or gold plaques. In 2015 two special awards are being awarded for outstanding achievements in particular areas of the competition: the Chair of the Jury is awarding a prize for the best Town or Village centre, the President of AEFP will give a prize for the best project related to Biodiversity.  The award ceremony is on 18 September 2015 in Bristol.