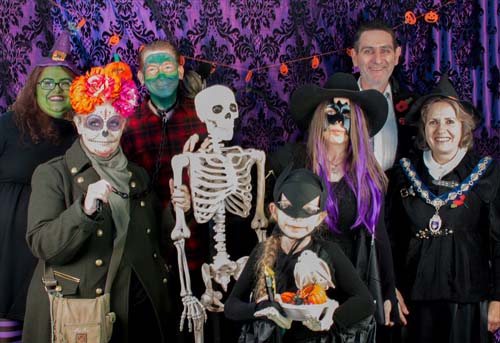 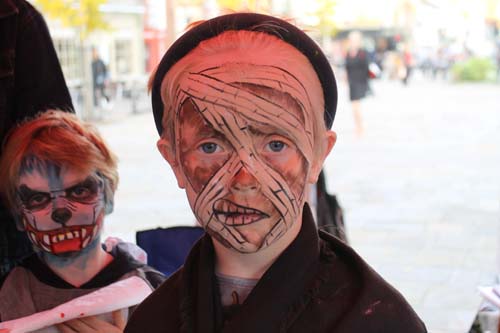 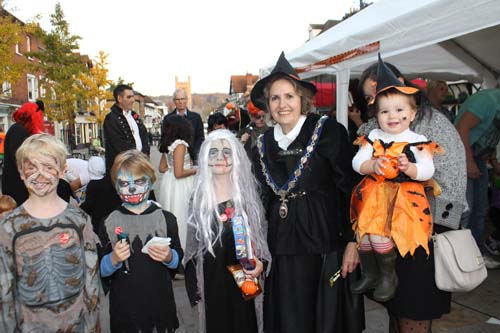 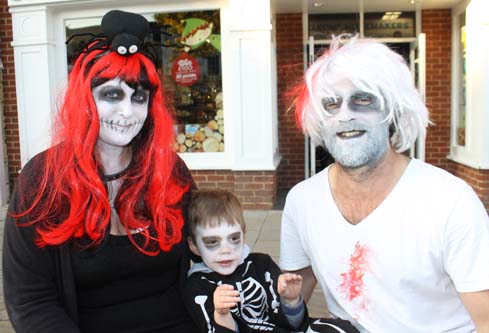 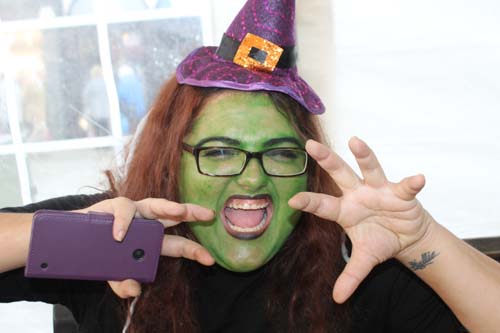 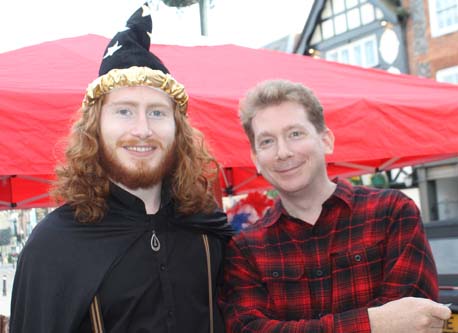 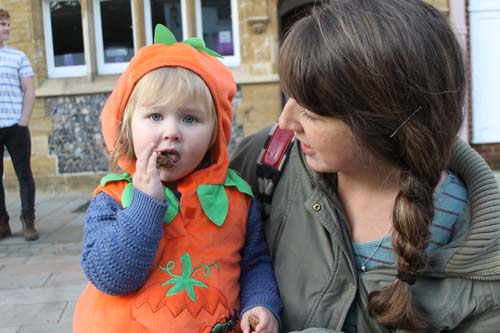 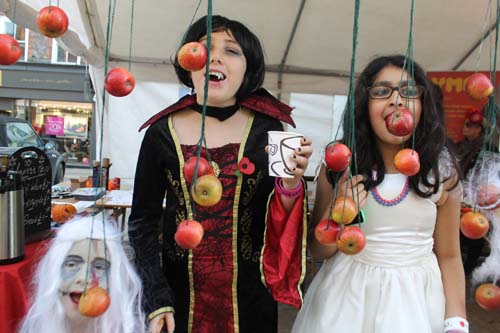 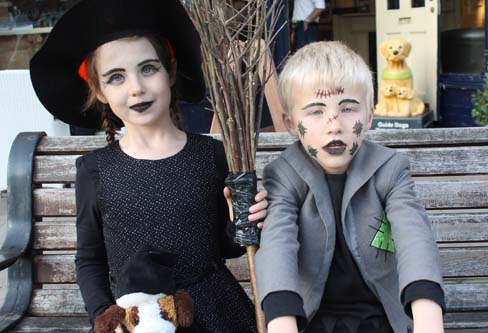 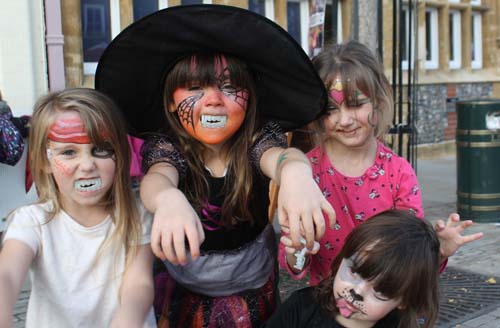 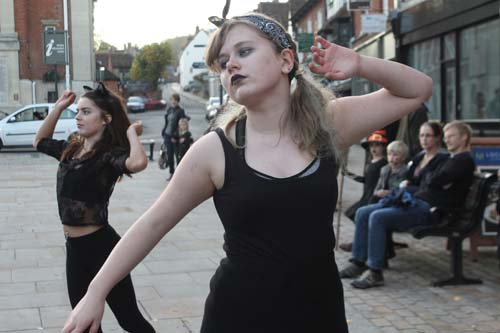 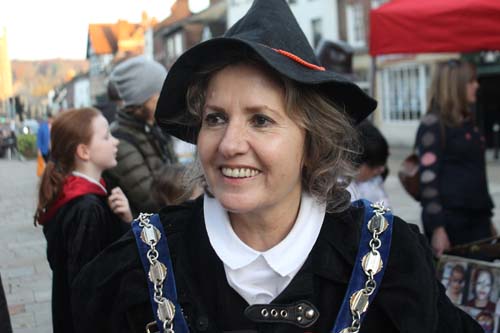 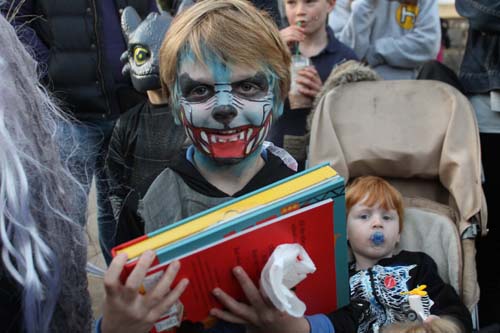 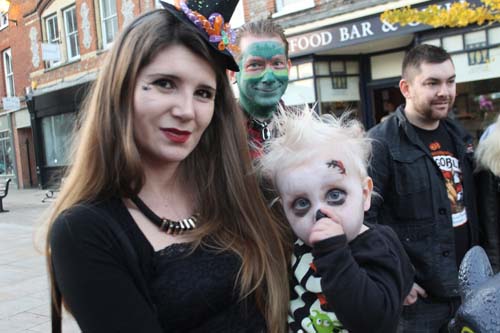 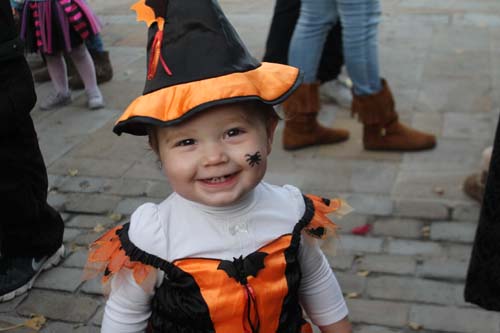 To get you in the spirit for Halloween night, a group of Henley residents got together to put on the first Henley Halloween event on Saturday afternoon.

The idea was Glen and Anna Lambert’s and they were joined by Councillors Kellie Hinton and Dave Eggleton, and Angela Healey, MD at the Henley YMCA which the proceeds from the event were going towards.

The organising committee would like to thank Kathryn Fell for taking some spooktacular family portrait photos, Karen Harrison from High Wycombe for the amazing face painting, The Argyll pub for the warm kids punch and mulled wine, Lawlor’s the Bakers for the gingerbread biscuits and the Baskerville Arm’s for the oozing blood sausage rolls and the unlucky yucky jelly dip.  The marquee was kindly provided by the Henley-Leichlingen Twinning Assoication and the lighting and PA system by Hugh Legh from HDL Audio/Visual Services.

There was apple bobbing and Kellie Hinton organised the ‘Henley in Blood’ biscuit decorating with snot or slime. 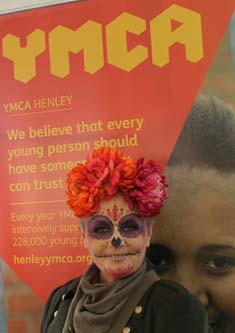 Steph O’Neill from Stepanie’s Stage Stop School in Henley and a group of her Henley College dancers performed to the Michael Jackson’s ‘Thriller’ before the Mayor, Councillor Lorraine Hillier judged the costumes.  The winners were:

Prizes for the costume competition were kindly donate by Kenton Theatre (pair of tickets for ‘The Nutcracker’ Ballet and loads of sweets),  Love Nellie and Love Local (Upcycling Workshop Voucher), Bagatelle toy shop, Terrys of Caversham and Primary Times (books)


Anna Lambert said, “We are still to find out the final amount raised, but we believe it is in the region of £200.  Angela Healey from the YMCA was very pleased to have been able to continue to keep the YMCA in people’s minds, and was able to raise awareness of the YMCA on the day.  There was an excellent atmosphere around the event, and it was a lot of fun for the kids who attended – we had very many positive comments.    Now that we know we can attract people with a Halloween event, we will be planning another one next year, and we have some terrific ideas for it!”