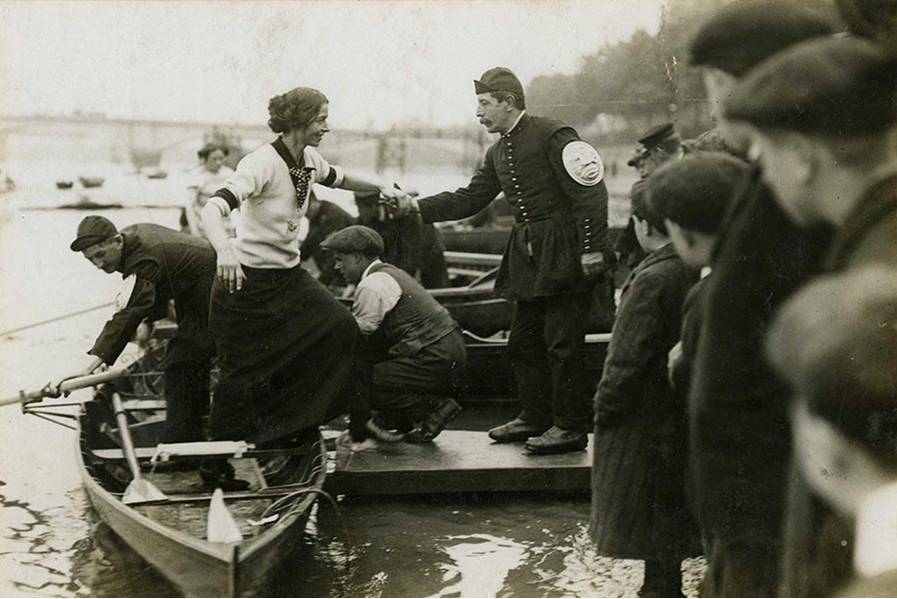 The River & Rowing Museum will host the 2015 Rowing History Forum on Saturday 21 November. This year’s forum will focus on the history of women in rowing, from the end of the 19th Century to the present day.

Eloise Chapman, Head of Collections & Exhibitions at the Museum, says that with the recent success of female rowers at the London 2012 Olympics and World Championships, and the Women’s Boat Race being held on the same course as the men’s in London for the first time, it is the ideal time to discuss the crucial role that women have played in developing the international sport of rowing.

“We see the story of women in rowing as a fascinating ‘hidden history,’ and one that the Museum is keen to share with our visitors,” Ms Chapman said.

“Since our first exhibition on the subject in 2011, also called ‘Rocking the Boat,’ we have uncovered some fascinating stories of the pioneering individuals who worked to build recognition for Women’s Rowing.”

From Assisted Drifting to Driving Force – Looking at the development of women’s competitive rowing nationally and internationally.

Mike Sweeney – Recently retired as Chair of Henley Royal Regatta, also chairman of the Great Britain selection board and team manager from 1974 to 1980.

Mike will look back at his 25 years as Chair of Henley Royal Regatta and how it was brought into the 21st Century including the introduction of women stewards and women’s races.

Thomas E Weil – Rowing historian, and one of the world’s major collectors of rowing memorabilia.

Thomas Weil is an avid collector of early examples of women’s rowing and has carried out a substantial amount of research into the early female pioneers of the sport. In his talk he will introduce the forgotten 19th century trailblazers of women’s rowing.

Peter Mallory – Author of The Sport of Rowing.

Mr Mallory will discuss the pioneers of women’s rowing in America, including the Pocock family, boat builders who moved from Eton to Seattle.

For bookings please email edbookings@rrm.co.uk or call 01491 415600
A pre-forum dinner will take place at the River & Rowing Museum on 20 November.