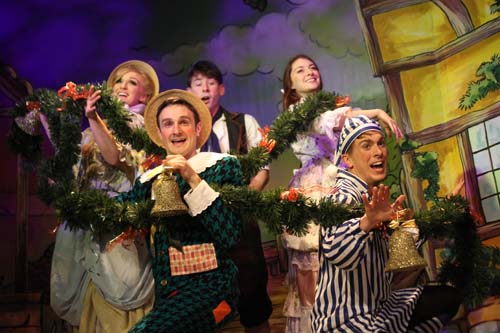 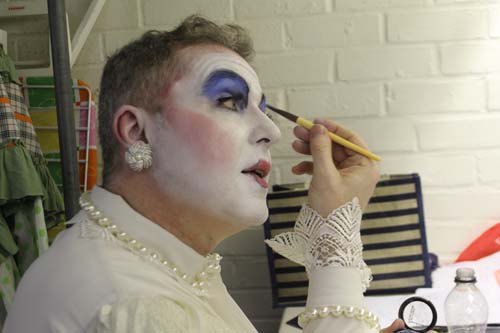 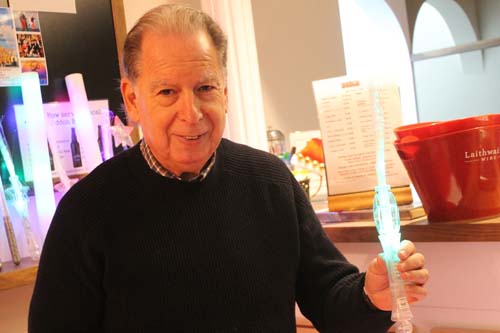 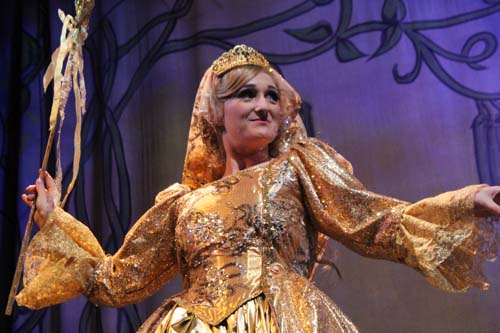 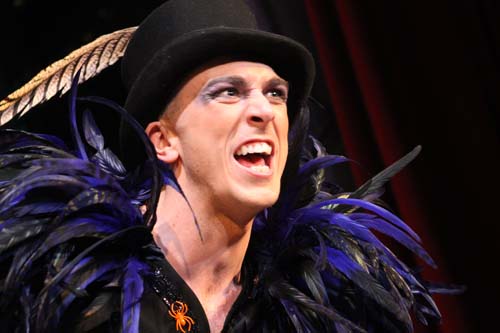 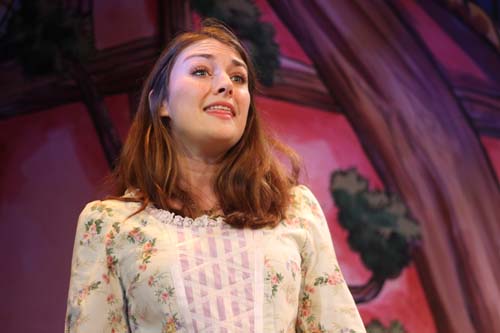 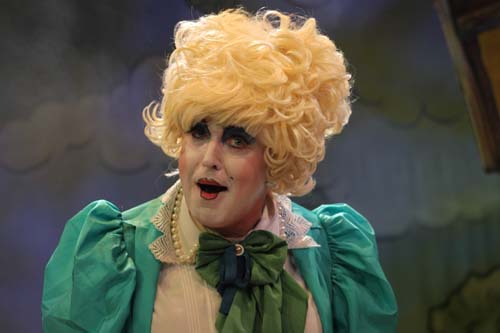 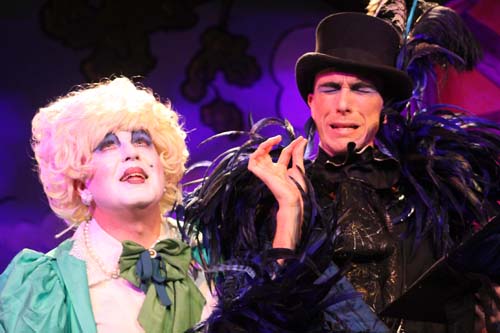 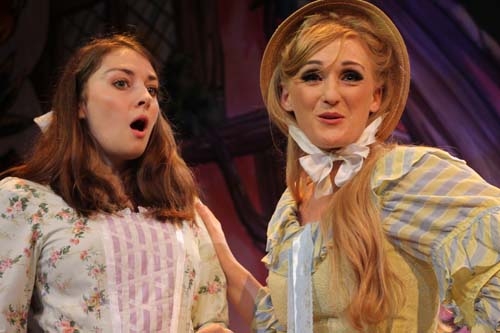 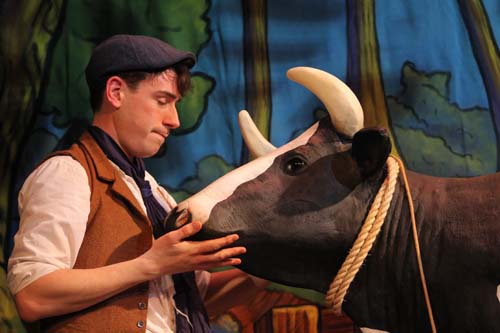 A giant beanstalk, a life-size cow on wheels, a baddie and a sprinkling of fairy dust all mixed up with songs, jokes and slapstick makes this year’s Jack and the Beanstalk panto at the Kenton Theatre, a truly MAGICAL show for the whole family.

From the opening scene in Ye Olde Henley, when the baddie, The Crooked Man tells the townspeople that the giant is putting up the taxes, the audience are treated to some great jokes and funning references with many based on the popular nursery rhyme characters. Ex Henley MP and London Mayor, Boris Johnson also gets a mention!

All the cast play their characters really well. There’s great rapport between Jack and Jill and The Crooked Man ‘scariness’ is just right for the younger audience. We especially liked Dame Trott (played by Matt Ian Kelly) who captured the audience’s heart with his loveable and hilarious slapstick humour particularly in the kitchen scene.  We were privileged to be able to go back stage to meet Matt before the show to see him adding the finishing touches to his ‘Dame’ makeup (see photo above).  Simple Simon (Jack’s brother) played by Michael Taylorson, should also get a special mention for his fantastic articulation in his very quick and long speaking parts.

The music included the songs, Born This Way by Lady Gaga and When you Believe by Mariah Carey and Whitney Houston when Loula Geater who plays Fairy Light shows off her brilliant voice.

The story continues along the classic storyline of Jack selling the cow for beans and along the way proving to Fairy Light that he passes the three tests to ensure that he is given the magical powers to defeat the giant.   There’s a twist at the end, but there’s no spoilers here however, as always it ends ‘happily ever after’.

Our favourite part of the show was the hilarious, fast tempo, prop fest, audience participation of the 12 Days of Christmas song which was brilliantly executed and had both the cast and audience laughing together.

“Do they have light up flashing things? I hear your children ask which are now the staple of pantos across the land.  Of course you can’t have a panto without these – plenty of flashing, sparkly things on offer.

The Herald were delighted to be invited to the dress rehearsal of the panto last week when members from the Oxfordshire Mencap group were also invited to watch the show again this year.  Ed Simons, Chair of the Kenton Trustees said, “We’re delighted and it’s a pleasure to have them.  It’s so great to see their smiling faces.”

Gardening Blog – Hat of Many Colours
Scroll to top