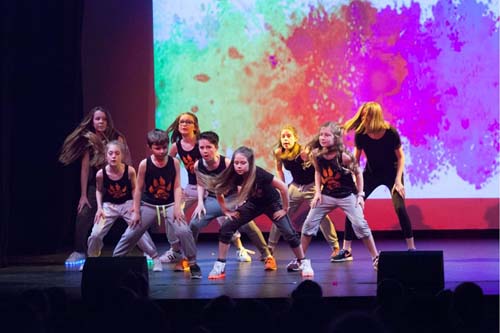 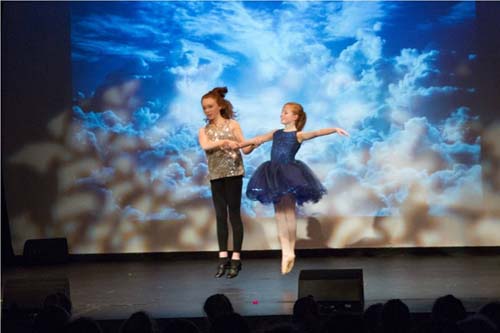 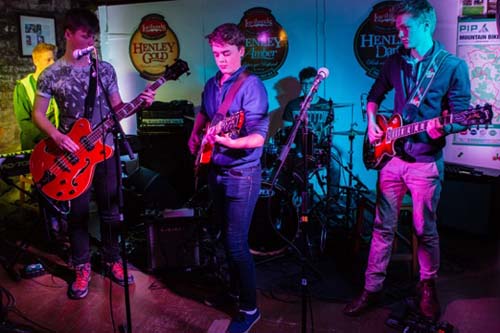 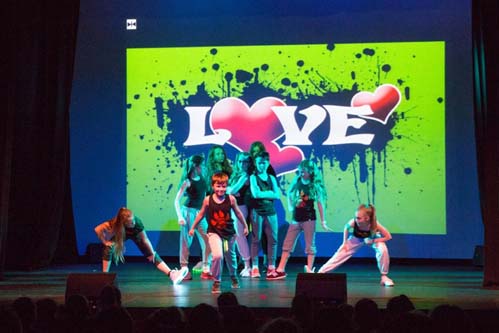 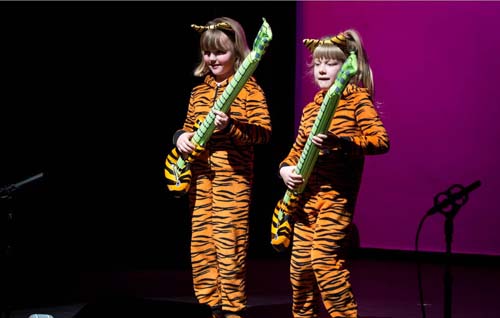 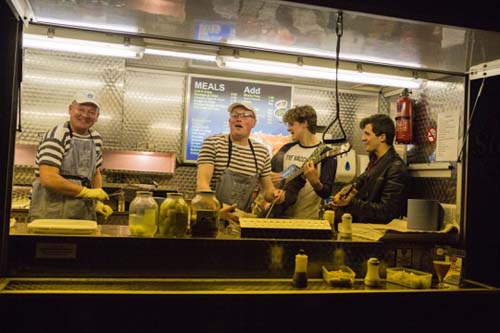 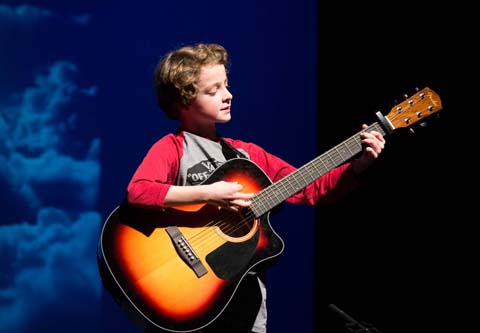 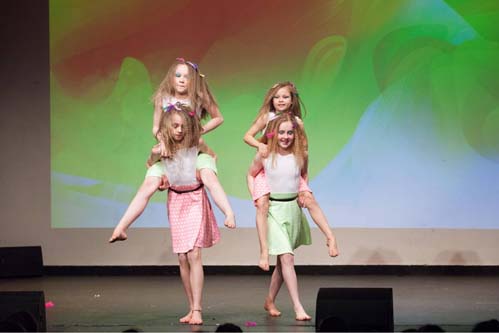 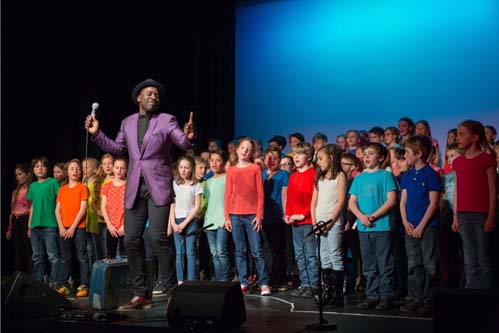 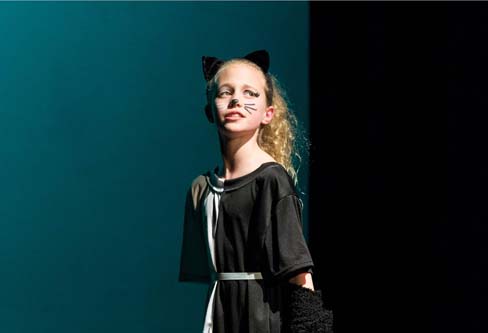 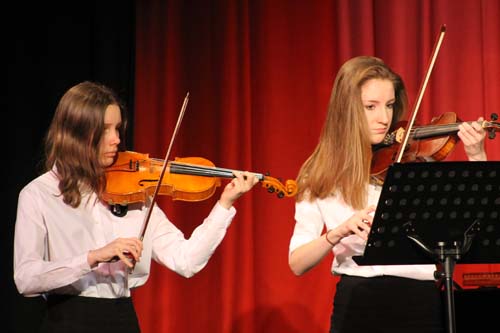 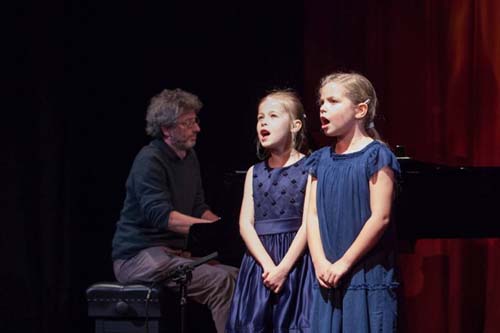 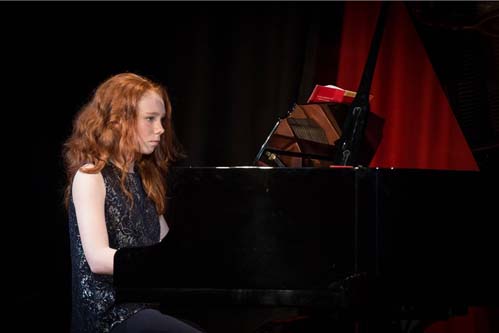 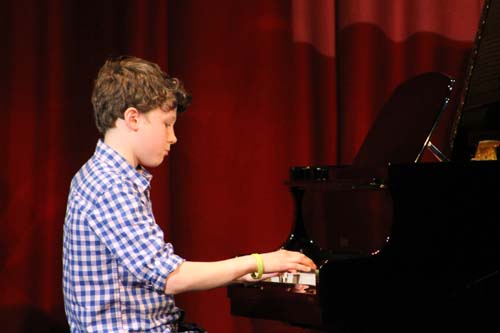 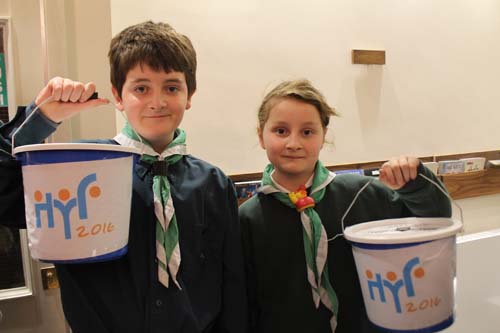 The Henley Youth Festival showed off what a great bundles of talent we have in the Henley at their performance events over the last two weeks.  The programme kicked off with the Gig Night at Lovibonds Brewery and then 4 days of shows at the Kenton Theatre.

HYF Gig Night saw a line-up of 12 acts.  Soloists, bands and a DJ performed to a full house, with the audience made up of friends, family and supporters. Kerry Fretwell, the HYF organiser of Gig Night, said: “Henley is bursting with young talent and it’s great to be able to show it off!”

Jake Molloy, aged 17, who studies music at Reading College, performed a solo acoustic set in what was his debut at the HYF. “It was a really good turn-out and a great atmosphere,” he said. “It feels quite intimate to play music in this setting. You can put more of feel behind the music because you can read facial expressions in the audience.”

Halfway through the evening, the band Dolly and the Dinosaurs from Gillotts School dedicated their rendition of Stevie Wonder’s ‘Superstition’ to the men working in the Stovell’s Fish Suppers van outside Lovibonds. Later, Adam Cox and Tom Priestly, the members of the band, performed the number again from inside the fish-and-chips van, much to the delight of the crowd (watch the video below)

Seventeen-year old Emily Heath, who has been performing at the festival for 10 years, closed the concert with some exquisite flute-playing. Her rendition of Flute Concerto in D Major, Movement 1, by Mozart left the audience in awe of her talent. This was Emily’s last performance at the festival as she will be going to university next year. Reminiscing about her time with the festival, she said: “The Henley Youth Festival has been a great platform for me to start performing and I am hoping that I will be able to continue this for the rest of my life.”

Another highlight was a performance by 15-year old Mae Reineke on the cello. The notes of Vivaldi’s Sonata VII RV44 Largo & Allegro Poco resonated throughout the auditorium as her mother, Henley Music School’s Laura Reineke, looked on with pride from the wings. As a mark of her ability, Mae will be touring China this summer with the Berkshire Youth Symphony Orchestra, having saved up herself to fund the trip. Henley Music School’s Flute Choir also gave a fun and foot-tapping rendition of a traditional Mexican Hat Dance, blending the sound of six flutes beautifully.

At the end of the evening, Suzanne Yeates, a trustee of the festival, handed the Elizabeth Griffin Award to the Heath family for their creativity and commitment to the festival. Four members of the family – Emily, Pippi, Henry and Monty – went up to receive the cup on the Kenton stage. The Elizabeth Griffin Award is given annually to someone (in this case a family) who epitomises the HYF ethos, as Elizabeth Griffin did herself. Suzanne Yeates said: “Congratulations to the Heaths – much deserved! They have contributed in so many ways over a number of years – on stage, backstage, assisted technically and taken part in many other HYF events. And, of course Amanda [their mum] has been a long-standing member of the Steering Group and a trustee of the festival.”

Martha Ingram, aged 10, from Cranford House school, usually likes to dance at the Henley Youth Festival but chose this year to sing at HYF Entertain. In what is her third appearance at HYF, Martha performed Everything Has Changed by Taylor Swift and Ed Sheehan with her best friend Milly Beattie. “It was really fun,” she said of her crowd-pleasing duet. The girls practised their number at home and in the playground at school. Martha’s mother, Sarah Ingram, said: “Usually Martha is really shy, so this has really brought it out of her.”

The youngest performers of the evening were giggling sisters Jessica and Sophie Moulds, aged six and four, who delighted the audience with their joke-telling and natural stage presence, accompanied by their teddies.

On Friday the carnival reached the Kenton as the theatre was filled with the sound of wind, birds, cars and carnival beats for two HYF Sing events.

The first show was led by the amazing vocal performer Randolph Matthews with over 110 year 5 and year 6 pupils taking part from Badgemore, Sacred Heart, Trinity and Valley Road schools.  Randolph spent the previous two days in schools working with the children, in preparation for their performances of ‘Precious’, ‘Norwegian Wood’ and the ‘Rio’ theme.  Randolph delighted the audience with his beat box and use of sound, and performed some of his own songs.  It was clear that the performing children and audience enjoyed the show equally.

Highlights included Daisy Lynch singing and playing the piano. Last year, Daisy won an HYF prize for her own composition. This year, she amazed the audience again with her performance of another of her own compositions, ‘Moments’. The audience was also wowed by Artem Ivlev who sang ‘Writing on the wall’ accompanied by his mum on piano, as well as original artist Sam Smith himself.  The audience was close to tears when Elsie Roff sang Howard Blake’s ‘Somewhere a star shines for everyone’.  First-time Kenton performers, Sophia Mason and India Winchcomb, both aged seven, sang Abba’s ‘Slipping through my fingers’, demonstrating natural flair through their confident and emotional delivery.

Fiesta, Feathers and Funk were all part of the HYF Dance shows.

Young Dancer highlights included Lucy Herbert and Evie Decardi-Nelson’s dance to Clean Bandit’s ‘Rather Be’ which was a true demonstration of why HYF is great: the girls’ dance was creative, expressive and together, showing their strong friendship bond and enjoyment at having the opportunity to share their work with a real audience in a real theatre! All the dancers demonstrated this togetherness and enjoyment of self expression. StageWork’s ‘Downtown’ themed opening showcase number was brilliant – giving the young dancers in the audience a good example of what talent, dedication and good choreography can achieve.

HYF Dance, for the older children, opened with ‘Brazil’ which saw the culmination of Victoria Porter’s Dance Design workshops she had run in schools with pupils from Valley Road Primary School and Gillotts School joining together to perform a carnival-inspired dance with film footage behind them shot at their rehearsal by the team of young filmmakers.

Other highlights included Melanie Woodward’s streetdancers who provided some carefully choreographed swagger as a showcase act, ending the first half. There were all kinds of dancing: from Aoife and Ciara’s beautiful ballet, tap and contemporary fusion; to Annabel Richardson and Elsa Horne’s sassy Samba style number to ‘Beautiful Creatures’ and India Sloane and Fleu- Montaine Pearce’s hauntingly lyrical piece to Ruth B’s ‘Lost Boy’.

At all the shows the 1st Henley Cubs and Scouts helped with collections for the Henley Youth Festival to go towards future workshops and running costs.