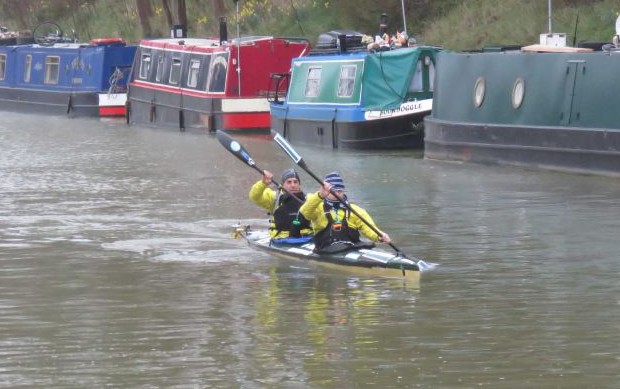 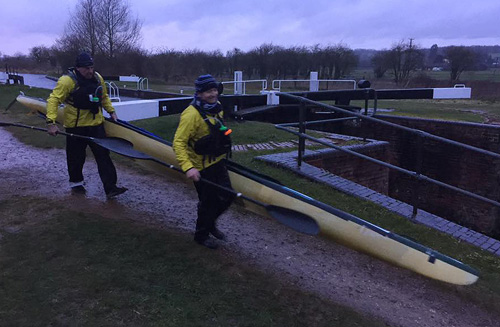 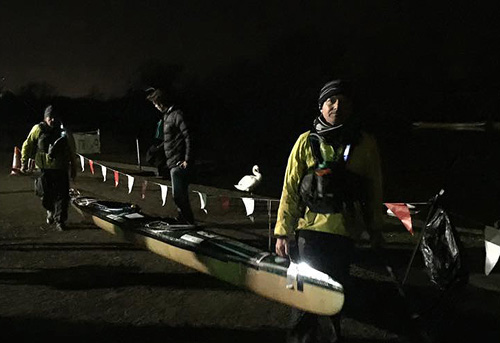 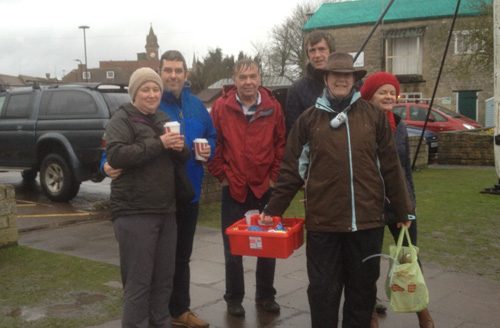 After more than 18 hours paddling in appalling conditions, local Henley resident Chris Bishop was forced to retire form the Devizes to Westminster canoe race at the weekend after reaching Hurley. An encounter with a sunken tree at 1.00am Sunday morning prior to reaching Hurley was the final straw.

Although the weather at the start in Devizes was drizzling, this changed further down the course. From Pewsey through to Thatcham it consisted of gusting winds of more than 30mph and driving rain, which varied from horizontal to vertical. In some cases the rain was so heavy; the river surface looked like it was boiling.

“Without our superb support crews, who were exposed for long periods of time to the elements whilst waiting for us to arrive at the RV points, we could not have made it as far as we did,” said Chris. Who fell in at the first portage near Pewsey and paddled in wet clothes for a further 7 hours before changing at Shiplake. 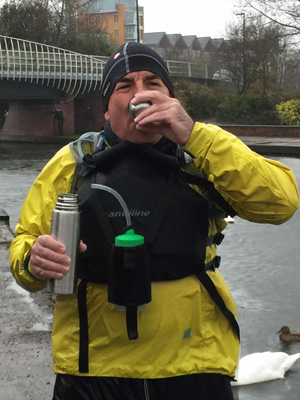 The weather was so bad on Easter Monday that the race organisers reluctantly took the decision to stop the four day race at Teddington due to the severe weather and safety concerns. Which proved to be the correct decision, with wind gusts up to 70mph recorded in central London at the time the race would have been taking place. Out of a starting line-up of 138 for the Senior Doubles non-stop race, 26% of the entrants retired.

“It proved to be an Adventure of Life Time”, said Chris who took many positives away from his experience. He has decided to support another crew in next year’s race and will begin training for the 2018 DW Race in early 2017. The funding web site for Team “Forget Me Not” will remain open until September as Chris continues to raise awareness for Alzheimer’s and Dementia. So far he has raised over £8,500.

If you would like to support Alzheimer’s Research UK and help Chris reach his goal, visit http://uk.virginmoneygiving.com/fundraiser-web/fundraiser/showFundraiserProfilePage.action?userUrl=CBishop_ForgetmenotDW2016