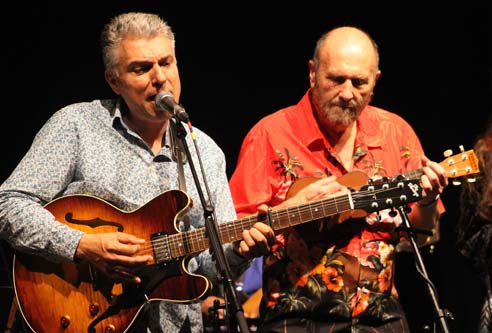 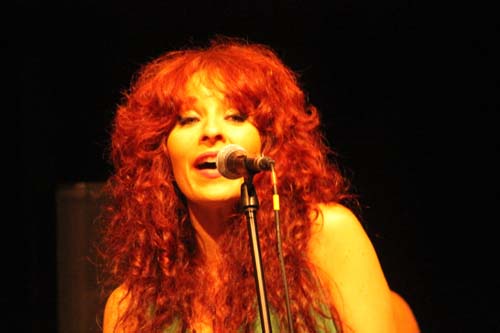 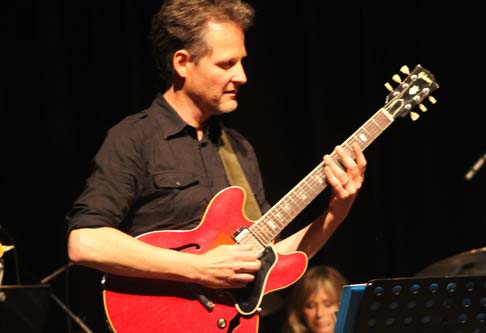 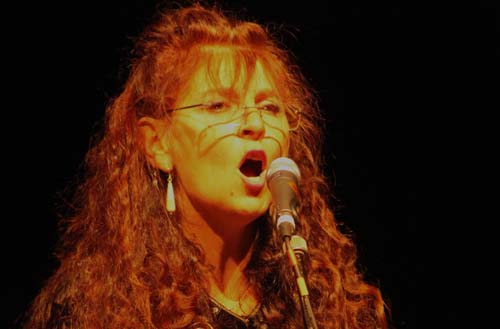 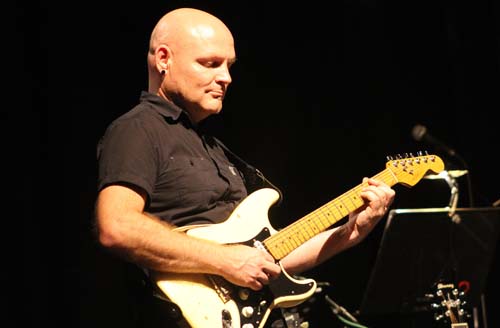 …through The All Things Must Pass Orchestra who performed at the Kenton Theatre last weekend.

The 10 piece band is headed up by lead singer and guitarist, Alex Eberhard, originally from Austria. This was the band’s second show at the Kenton, after performing for the first time last year. Alex said, “We’re pleased to be back in George’s home town.  We’re not a tribute band – we like to put our own slant on George’s music.  I first got into George’s Music when I was 14 years old and wrote to George as I want to find out what the chords were for the song All Those Years Ago – unfortunately, though I didn’t get a reply.”

The show was a brilliant mix of George’s Beatle songs and other less well known songs from George’s triple album All Things Must Pass album and others. Beatles favourites included Taxman, Here Comes The Sun, Something, I, Me Mine the finale included My Sweet Lord.

Alex’s vocals were truly ‘George’ like and vocalists Lo Polidoro and Stella Clifford were both excellent as backing singers and soloists.  The guitar playing by Alex, Bernd Rest and Tony Williams was superb and it was great to see a female drummer; Marianne Hillier-Brook do brilliant stuff too.  Other special mentions should go to the brass players Paul Nieman on the trombone (who played with George Harrison on the All Things Must Pass album) and saxophonist, Phillippe Guyard.

Special Guest for the evening was Del Mandel who played guitar with George Harrison.  Del told the story how he met George and said, “There was nothing pretentious about George, he was just a regular guy and never behaved like a star.  He had his own chauffeur but when he was stuck in traffic he would drive and one night he drove and dropped off eight people home.”

Not knowing the album All Things Must Pass but really enjoying the lesser known songs like What is Life and Isn’t It a Pity, I and probably many others went home to listen to some more of this great album.