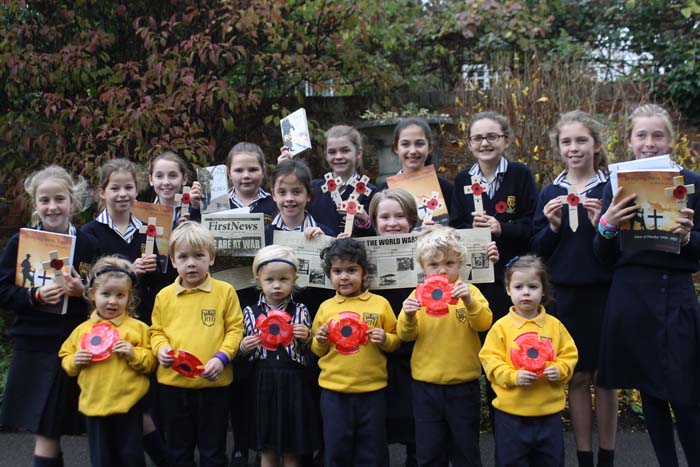 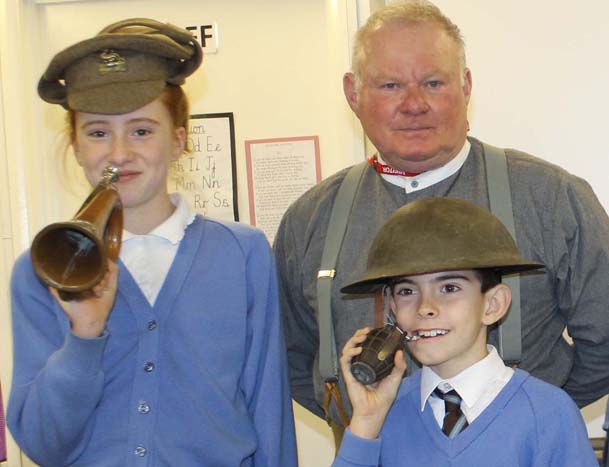 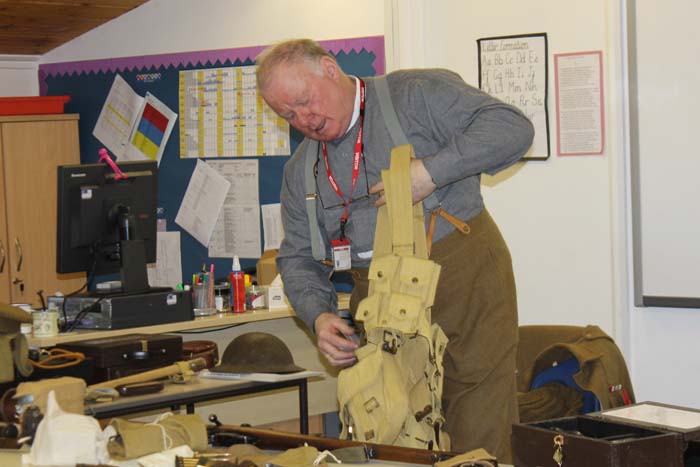 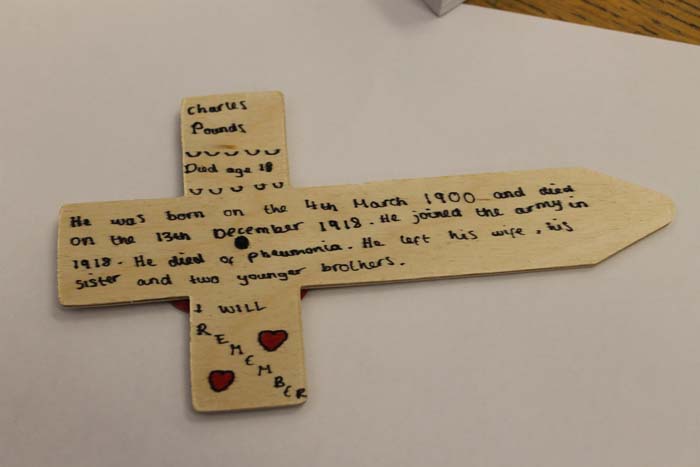 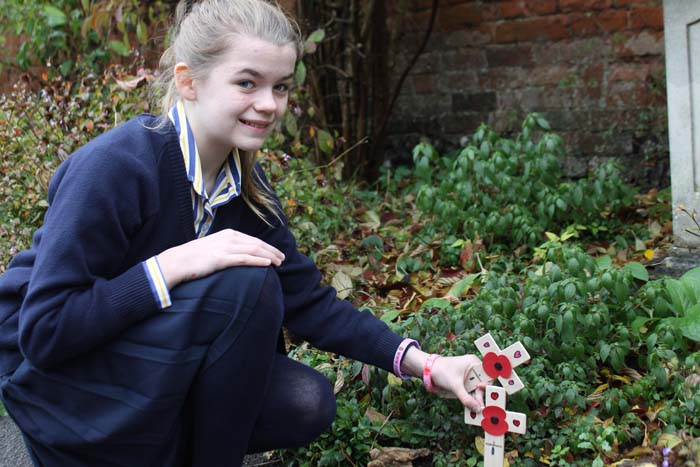 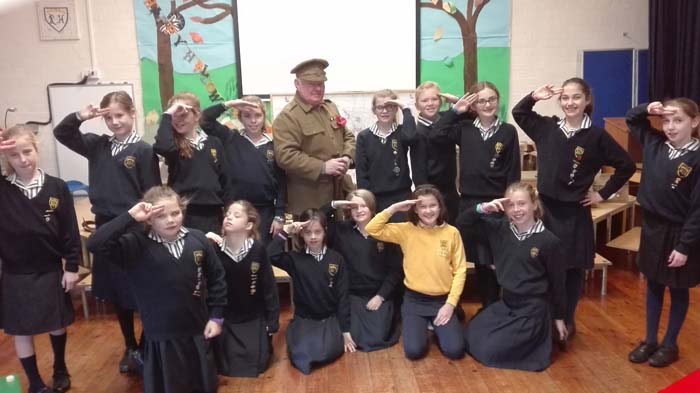 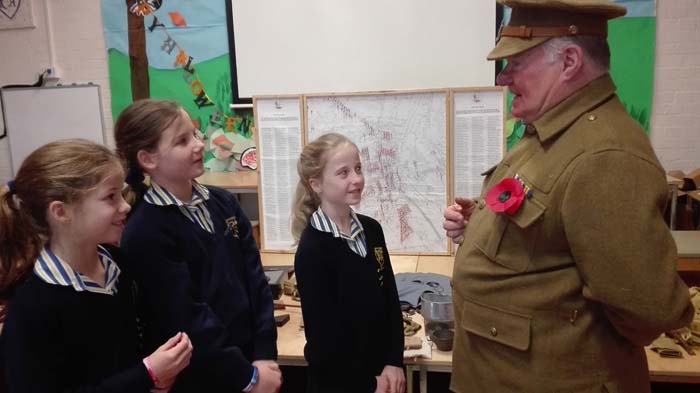 Mike Willoughby from the ‘Lest We Forget’ project has visited St Mary’s and Rupert House Schools this week to talk about what it was like to be soldier in WW1 and to show the children his collection of kit and artefacts as well as talking about the soldiers who died from Henley during this time of Remembrance.

At St Mary’s School, Mike talked to the children about how old the soldiers were, many of whom were underneath the legal age of 19 when they joined up.  Mike said, “Back then no would question whether you said your correct age and no proof was asked for.  Many were discovered they were only 16 after they were already over in France.”   Mike went on to show the children the kit and the rations the soldier would have and said that he had done an experiment to see how long it took to boil the water over a candle for a cup of tea.  He said, “He couldn’t be in a rush as it took 45 mins!”

Judith Farnath, Humanities Teacher said: “Mr Willoughby is an extraordinary historian who really engages the children in the realities of life for World War One and World War Two soldiers.  Children at St Mary’s School were fascinated to see Mr Willoughby’s war relics and learn about this tragic time in our history. As we approach Remembrance Sunday it is vitally important that we pass onto future generations the importance of remembering those who went before us. We want to thank him Mr Willoughby for giving his time so generously and helping to ensure that we never forget.”

As well as a whole school assembly at Rupert House School, the Upper School children (Years 4-6) each selected one of the Henley soldiers from Mike’s book, “Bringing Them Home” and have added the details about the solider on to a cross which were placed in their garden at their Remembrance Service this morning.  Liberty Simmonds chose Charles King as he lived in the same road as her (Greys Hill).  Liberty said, “He died at 20 which was very young.  His grave is in Holy Trinity churchyard and I think I might go and see if I can find it.”

Sarah Williams, Year 6 teacher said, “We wanted the remembrance to be about the real people who gave so much for our freedom.  Following Mike Willoughby’s thought-provoking First World War assembly on Monday, the Year 6 girls led another assembly, on Wednesday, on their research which also included reading the books My Story – Road to War and Trenches.  At that assembly Poppy Parsons sang the Lily Allen song, Somewhere Only We Know which was followed by readings and the display of poppies made by the Rupert Bears (nursery class) with the help of Year 6 monitors, Olivia and Indianna Gomarsall.

Clare Lynas, Head at Rupert House said, “At Rupert House we always hold a service of Remembrance on 11th November.  This year I’m especially pleased with the work Mrs Williams has done with the older girls and the talk by Mike Willoughby which brought the impact of the war home to our children in assembly.  This benefits greatly the children’s understanding of the Great War and feeds into many areas across the curriculum.  Empathy with a particular person has made a real link to the past and consolidated the girls’ understanding.”

Mike Willougby said, “I’ve had a whale of a time this week.  I find the children’s interest and questions amazing.  It has been a privilege and pleasure to go to both schools.  I have had a long term relationship with St Mary’s and Judith and I’m continued to be wowed by the brilliant questions that the children ask there and I was blown away by the ginormous thank you card I received.  I thought I had seen it all but when I heard about the Rupert House initiative I was overwhelmed.”