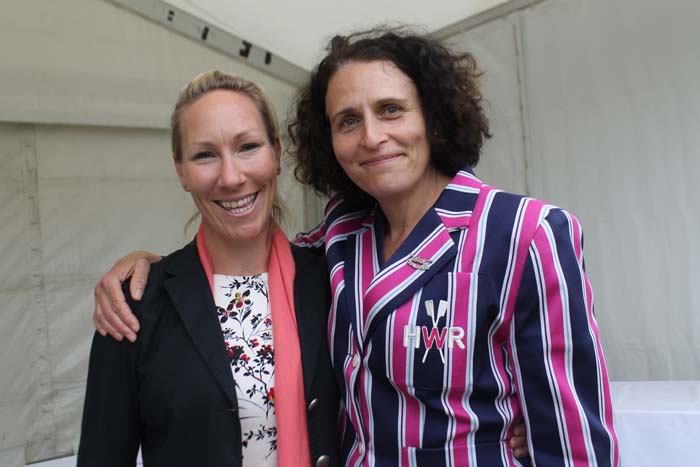 The Henley Royal Regatta agreed at its AGM last night to introduce three new events for women to the 2017 race schedule. This exciting development will mean there will be equal events for men and women in the open categories of the world renowned Regatta without impact on the duration of the event, which will retain its current five day format.

The new events are:

Ann Redgrave represented GB in the Los Angeles Olympic Games in the women’s eight.  She was Captain of Marlow Rowing Club in 1990/91, former President of London University Boat Club, President of London University Boat Club, President of Marlow Town Regatta & Festival and a Patron of Henley Women’s Regatta.  Ann qualified as a doctor in 1984 and volunteered as the Chief Medical Officer of British Rowing between 1992-2001 and in 2008 was offer a full time position to prepare the rowing team for the home Olympics in 2012 and Rio in 2016.

Ben Helm’s successful international rowing career spanned from 1993-1996 in the lightweight eight and four.  His Henley career included a remarkable year in 1994 when his lightweight crew reached the finals of both the Stewards and Queen Mother, losing to French and German crews, both of which were heavyweight World Champions.  Ben was Chairman of London Rowing Club for four years from 2012 to 2016 and he has recently been elected Vice President. Ben is a busy Umpire on both the domestic and international scene.  He is Chair of the Race Committee of the British Rowing Championships.

Jim Harlow has been actively involved with helping at the Henley Royal Regatta for many years, including qualifying races, boat tents and as part of the commentary team.  He is Chairman of the Vesta Veteran’s and Scullers Heads; Chairman of the British Senior and Junior Championships and the National Events Committee, overseeing all Championships.

Miriam Luke first represented GB in 1990 and went to finish an uninterrupted international career culminating with an Olympic silver medal in the women’s quad sculls in 2000 in Sydney. Alongside Katherine Grainger, Gillian Lindsay and her sister Guin Batten they became the first British women’s crew to medal at an Olympic Games.  Miriam is Vice-President of Thames Rowing Club and was appointed Chairman of the Henley Women’s Regatta in 2012.