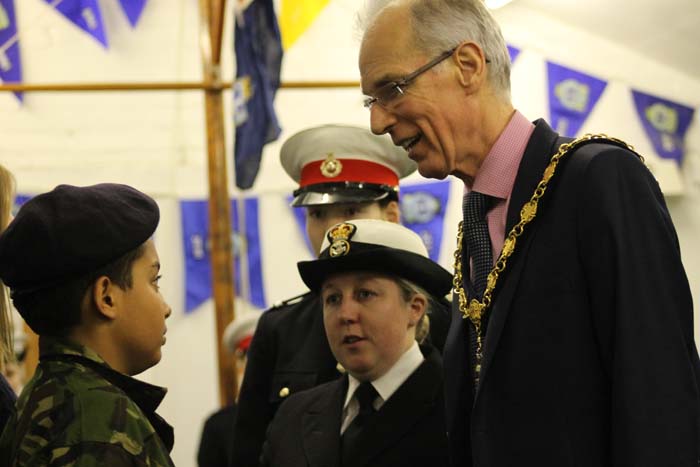 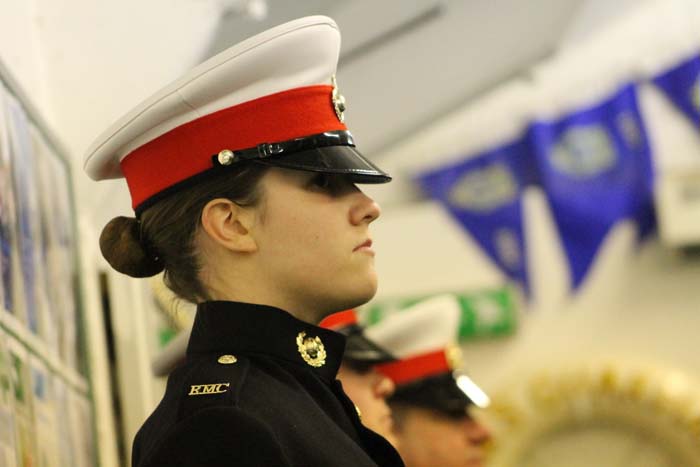 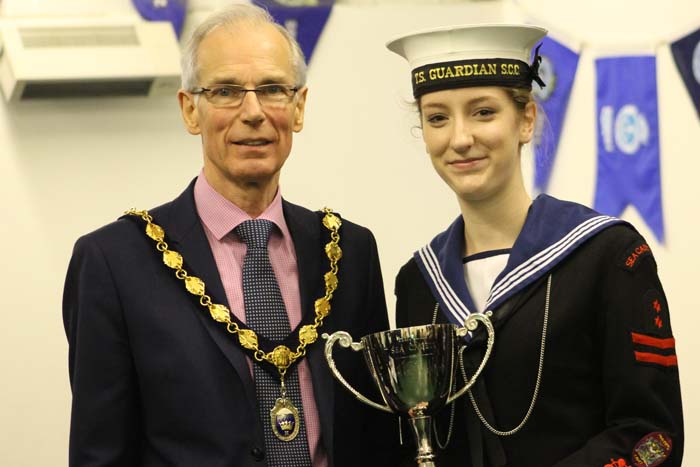 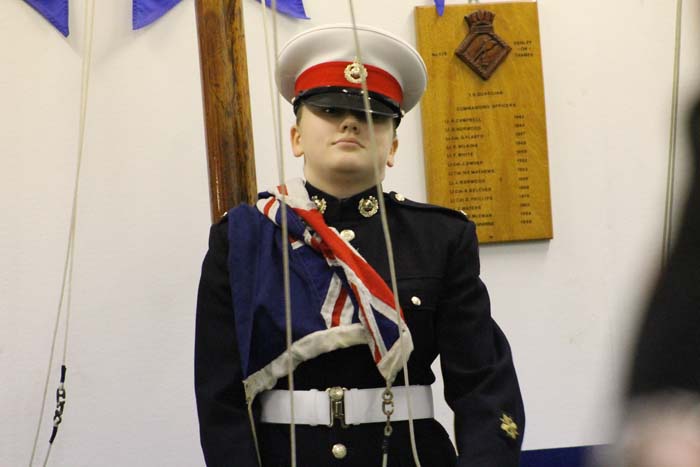 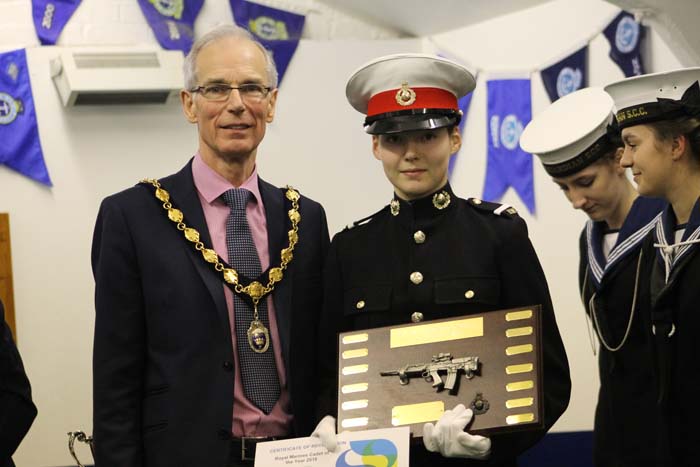 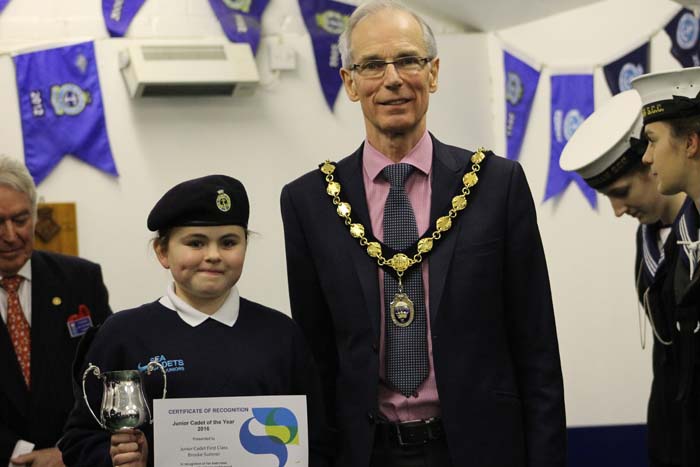 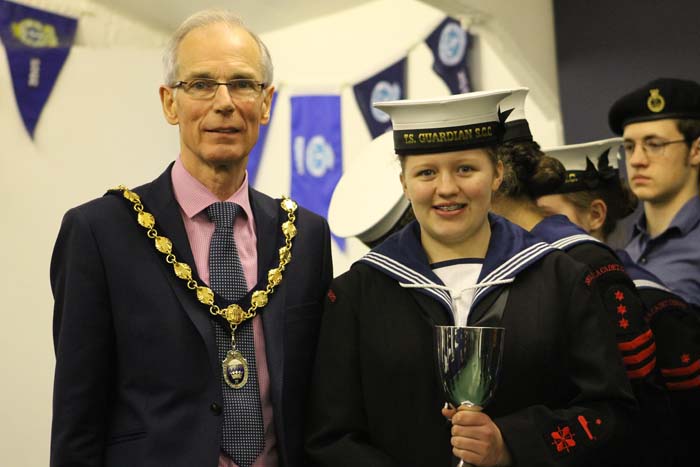 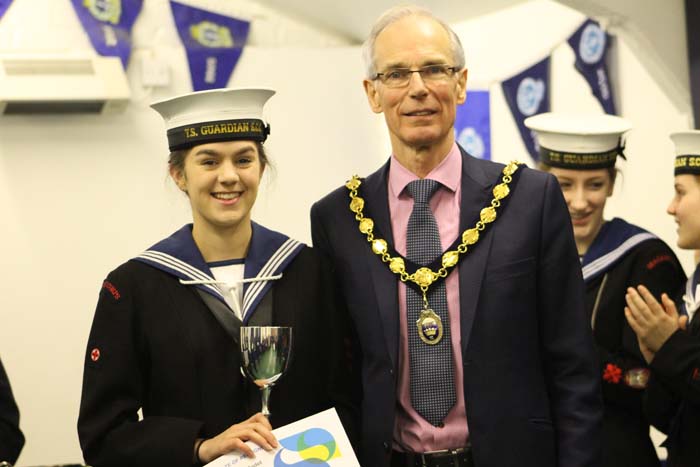 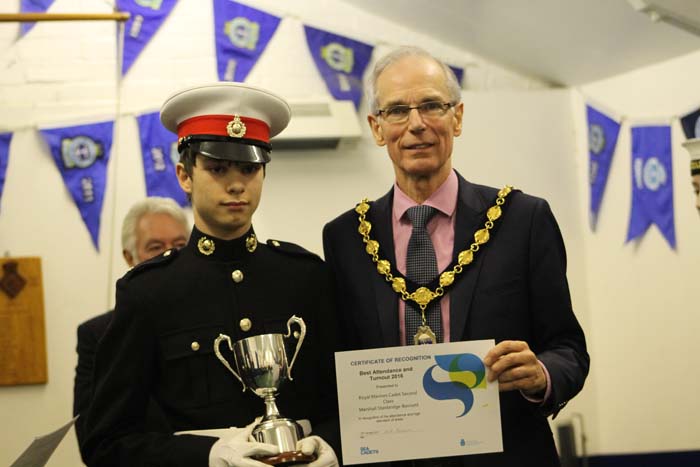 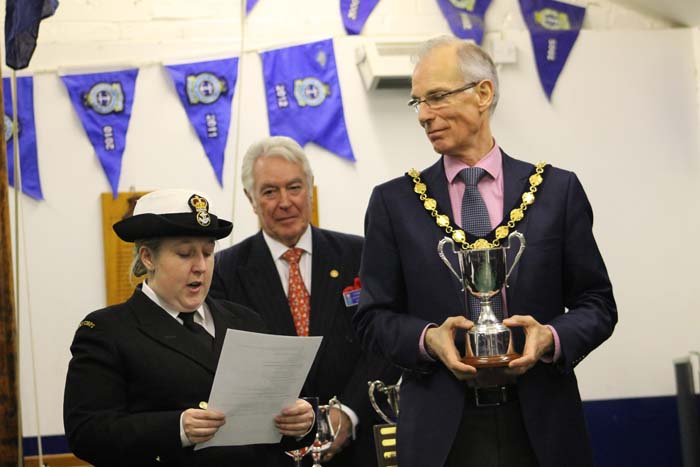 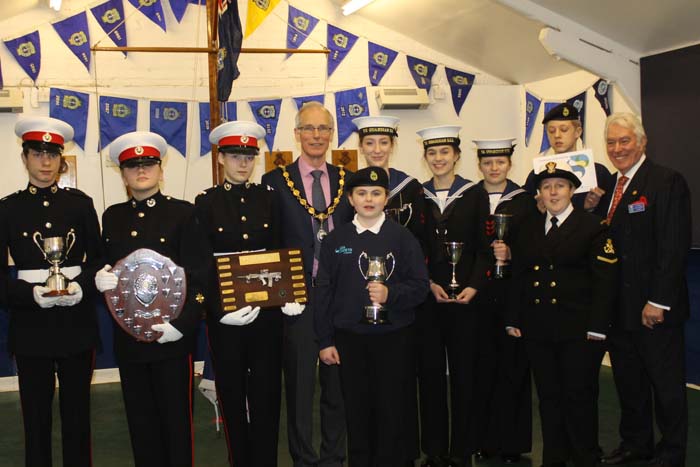 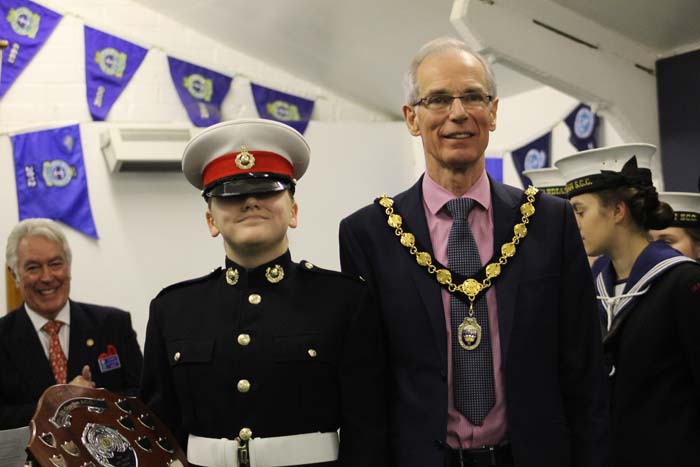 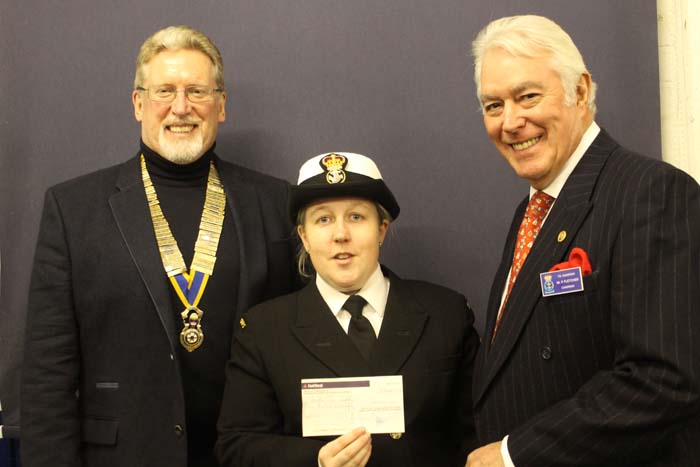 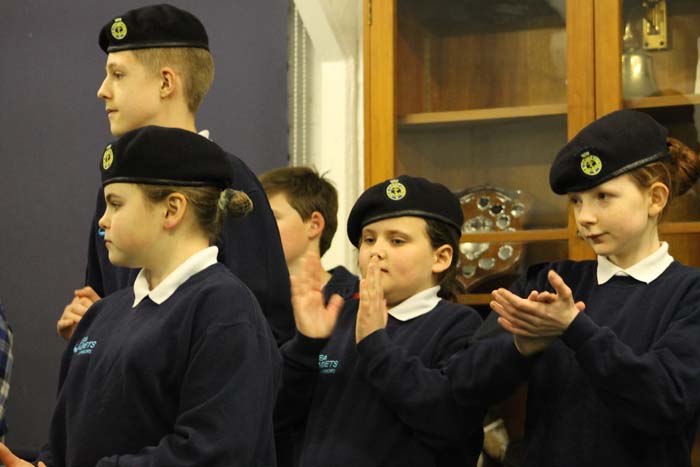 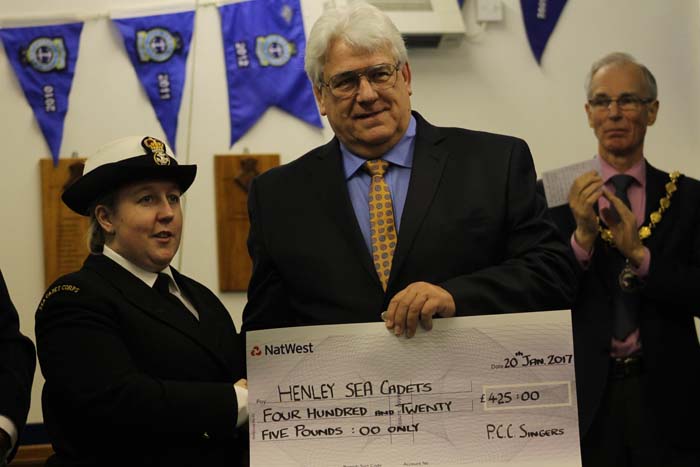 Henley Sea Cadets and Royal Marine Cadets were recognised for their hard work and achievement at the annual prize giving event on Friday night at their Training Ship Guardian based at the Eyot Boat Centre.

Before the presentations, the Mayor, Councillor Julian Brookes was invited to inspect and meet the cadets and then Officer in Command, Petty Officer Abi Bollon gave a review of the unit’s 2016 activities which included District Regatta, Camps, Remembrance Parade, helping with the Poppy Appeal collection and stewarding at Henley Festival.  PO Bollon was also pleased to announce that the unit was being given a second new RS Quest sailing boat after the unit raised money for the first one which was launched in June.

Two advancements were presented to Cadet Searles to Cadet first class and Junior Sumner to Junior first class.  The following awards were then presented by the Mayor:

Cadet Junior Brooke on winning the Junior Cadet of the Year said, “It’s quite satisfying because last year I had only been here a year and another Junior won.  Asked why she comes to Sea Cadets, Cadet Junior Sumner replied “The boating and you make really good friends.  I live in Bracknell and my best friend here is Vicky who lives in Henley.”

The Cadets are instructed in the tradition of the Royal Navy, developing new skills, like sailing, boating, navigation, drill, field craft and weapon handling.  Henley Sea Cadets are a registered charity and do not receive any financial support from the Ministry of Defence (Navy) apart from providing uniforms and some of the boats and equipment.  The unit needs to raise £21K per annum to run the unit. On Friday evening two cheques were presented.  One from Tony Horsefall, Chairman of the Phyllis Court Singers for £850 from donations received from their Christmas carol concert and the other by President of the Henley Rotary Club, Lionel Scott for £1,000.  Henley Rotary Club have kindly made this same donation every year for a number of years.

The Mayor, a former engineering officer in the Royal Navy said, “Congratulations to all the prize winners this evening. It’s been a a few years since I was Sea Cadet and am very happy to see the traditions continue and from what I am hearing there is more opportunities to learn more boat, river and sea skills.   If you are thinking of joining the Navy, it teaches you great life and water skills (there’s plenty of water around here) and it offers excellent training which sets you up for life. Thank you to everyone involved in organising and the running of TS Guardian. I compliment you all on the hard work you do here.  I’d particularly like to congratulate Cadet Josie for being the Mayor’s Cadet and for her excellent speech at the Remembrance service.”