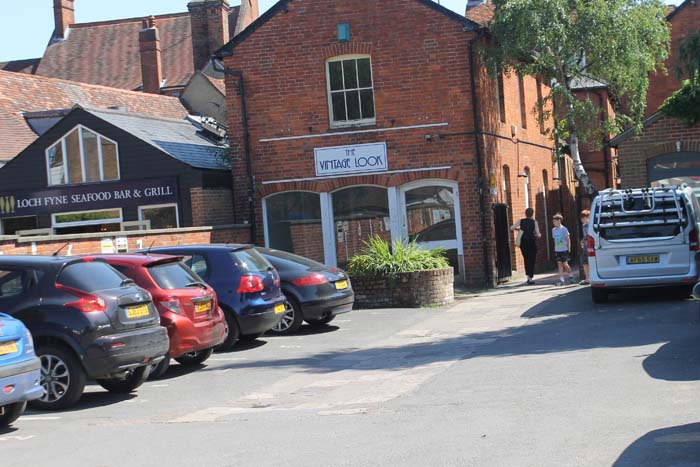 Are you wondering why the development of Market Place Mews hasn’t started after we reported that it was due to start August last year?

The first variation was on the noise reduction (condition 32) and the second (condition 33) variation in opening hours for Unit 10, a retail outlet.  In the application for condition 33 a covering letter from Turley, Catalyst Capital’s agent it said, “Catalyst Capital’s aspiration is for Market Place Mews to be a high quality retail development. In order to attract higher end operators, the restriction of outside seating after 6pm needs to be amended (they requested this to be 10pm). It is also proposed that the morning hour restriction is amended to “from 8am”.

Condition 32 noise reduction has now been discharged, the decision from SODC said, “on the understanding that the acoustic insulation package will be implemented in line with the recommendations made in section 6 of the Sandy Brown report.”  Condition 33, variation in hours, is still to be approved.

The application for the new substation is on the site of three car parking spaces in the public SODC car park area next to the King’s Arm’s Barn.  The supporting letter from Turley says:

“It has been identified by a potential occupant that the existing local substation (located at Bell Street) may not have enough capacity to accommodate its business operation. Furthermore, due to the complex and disruptive nature of the works, it is understood that Scottish and Southern Electric will not refurbish the existing Bell Street substation. Therefore, the new substation is proposed to meet known electricity requirements and future-proof the electricity demands of the business(es) that will be operating within Market Place Mews, by providing an additional 800KVA, whilst also enabling capacity at the existing Bell Street substation, thus being beneficial to the town.”

“It was originally envisaged that the substation would have taken the place of two car parking spaces; however because of the necessary technical design, three spaces will be lost.  The applicant has engaged with officers from South Oxfordshire District Council’s (SODC) property and car parking teams in respect of the proposed development and it has been confirmed that there is no in-principle objection to the loss of spaces. The applicant has endeavoured to re-provide these lost spaces within the Kings Road car park by virtue of liaising with SODC.  However, SODC has confirmed that there is nowhere within the car park to re-provide these lost spaces.”

Click here to see the full application for the substation

With car parking already a problem in town – can we afford to loose another 3 spaces?  Leave your comments below