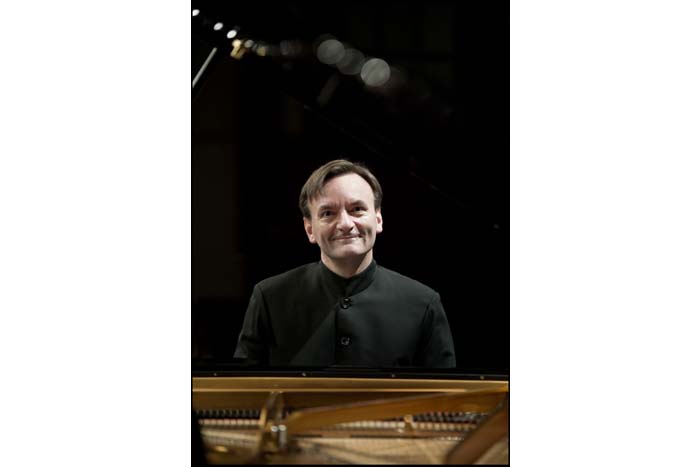 In troubling times great music has the power to both soothe but also to inspire, and the Henley Symphony Orchestra concert at the Hexagon on 5 March with pianist Stephen Hough certainly provided both.

A large audience gathered for the interesting juxtaposition of Beethoven’s 4th piano concerto with Holst’s masterpiece The Planets.   The conversational style of the concerto, with interjecting questions and statements tossed between soloist and orchestra, directly challenges the audience to try to make sense of the interplay.  Beethoven asks, but does not give us clear cut answers.  In the insightful hands of Hough, the piano ranged from timid questioner to the commanding statements of the virtuosic performer.  The clarity of Hough’s interpretation of the work was reflected in the orchestral accompaniment which responded silkily when required or with bravado in the final, more exuberant movement of the concerto when Beethoven allows us a chink of hope.

The all-Beethoven first half, with The Creatures of Prometheus overture as a curtain-raiser, was then followed by Holst’s ever-popular Planets.  But, whereas the Beethoven provokes us to question, the Holst piece provides an astonishing revelation of the power of human imagination.  From the drama of Mars, the Bringer of War to the ethereal other-worldliness of Neptune, the Mystic, with the sounds of the orchestra enhanced by the soaring female voices of the Tapestry Choir, Holst’s extraordinary musical vision conveys a dual commentary on his own world (the work was composed during the First World War) as well as his take on the character of the planets beyond.  Born in Cheltenham Holst,  together with his great friend Vaughan Williams,  had become fascinated by the traditional music of Britain, and indeed incorporates the firmly British-sounding theme ‘I vow to thee my country’ in the Jupiter movement of the suite.   Holst’s own family background was a melting-pot of cultures, with professional musicians from Sweden, Latvia and Germany among his immediate ancestors;  his early compositional styles took inspiration from Wagner and Richard Strauss, and with its wildly challenging rhythms and complex harmonies his unique sound world must have inspired countless film composers ever since.

The Planets is demanding in its rhythmic drive, and on Sunday the effectively choreographed timpani and percussion department of the Henley Symphony Orchestra created a firm foundation throughout.   The violins soared with confidence, and there was fine brass and woodwind solo and ensemble playing.    Ian Brown kept a masterful direction on proceedings, and the audience was provided with both entertainment and a renewed sense of pride in Henley’s orchestra.