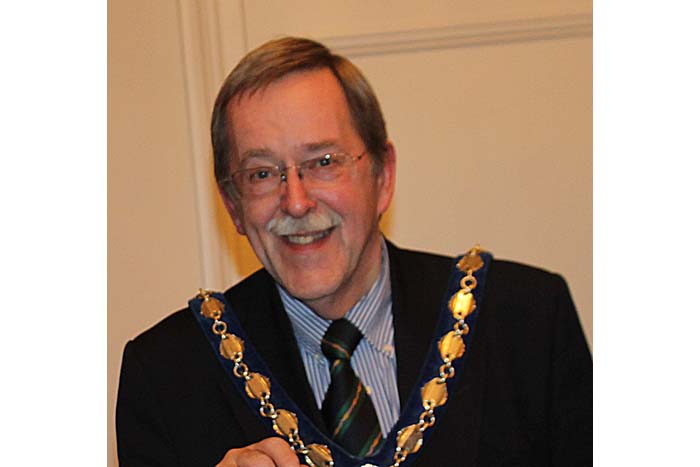 Councillor Martin Akehurst has resigned from Henley Town Council due to advice from his consultant and doctor.

Martin joined the Henley Residents Group party in 2009 and was elected as Town Councillor in 2010.  In November 2014 he resigned from HRG and joined the Conservative party.  In the May 2015 elections Martin was elected both Henley Town Councillor and District Councillor for Sonning Common.  Martin was Mayor in the year 2014-2015 but shortly after finishing his term in July 2015 he was diagnosed with a tumour in his neck and asked to take six months leave from Council duties.  In September 2015 his consultant advised him to scale down his duties so he resigned from his District Councillor role.

This is the second resignation of a Henley Town Councillor.  Last month Councillor Dylan Thomas resigned to take up a new public sector job in Whitehall and need to be seen to be politically impartial.

“Following a recent set of investigations and subsequent follow-up with an oncologist, I have been advised to suspend certain activities. Therefore due to ongoing health concerns I am offering my resignation from Henley Town Council activities as a Town Councillor as of today’s date, Thursday 9 March.

I would like to give my thanks to fellow councillors, Town Hall officers and residents of Henley for their encouragement and support, and contacts at both District and County levels during a concerning time.

I will continue to follow activities in Henley with great interest. We have a good spread of involvement and influence at Town, District and County level which will be essential in the months to come”

We spoke to Martin this morning who said that his tumour was “still doing odd things” and he need to take things easy. Martin is though looking forward to the arrival of another grandchild in the next few weeks.

There will now be a mid term election for the two Henley Town Council seats, the date is yet to be confirmed but it is thought that it will take place on the same day as the County Council elections on 4 May 2017.