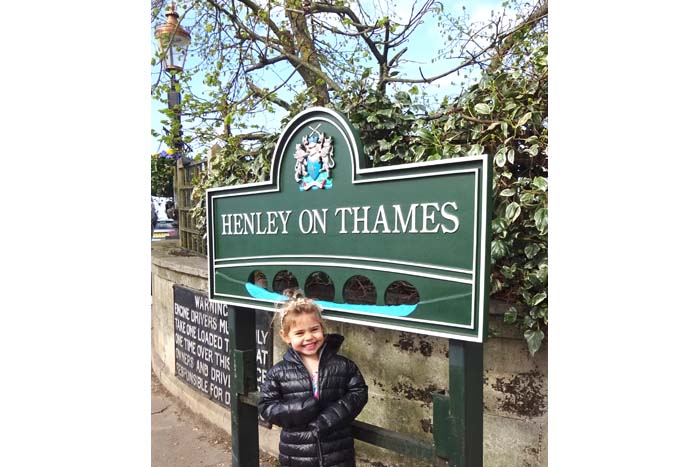 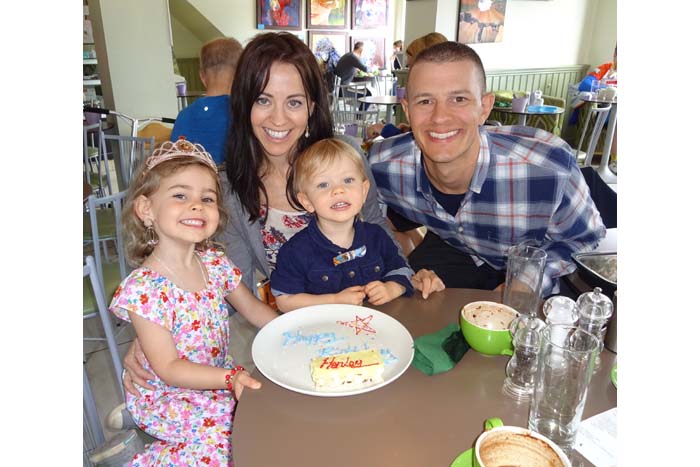 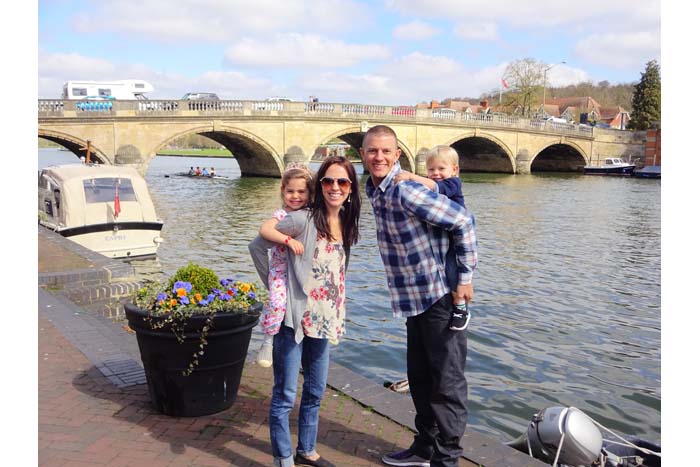 Henley Schomp celebrated her 4th birthday in Henley this week.

Her parents Jake and Michelle Schomp from Tampa in the US have given up their day jobs and decided to travel the world with Henley and her younger brother Jagger, aged 2.  They still work on a few projects whilst they are travelling to keep some income coming in.

Last summer Jake decided to take a few months off work and they spent it in New England and whilst on holiday in Kauai (island in Hawaii) they decided to continue travelling the world.  Jake said, “We’d worked and saved hard and we’d already sold off all our belongings including our house!”  Michelle added, “We thought that rather than wait until we are older and retired, we would take off now and see the world and we’d get to spend quality time with the kids before they start school and they’d get a fantastic cultural experience too.”

They started their trip in January 2017 in Vancouver, Canada and from there they have travelled throughout New Zealand, Australia, Borneo, Bali and Cambodia.  So far they have been on 14 flights, 17 boats, 4 buses, and 4 trains

Henley was named after Jake watched a documentary about the Eagles & Don Henley and suggested the name to Michelle.  Michelle said, “I loved it but first we checked out to see what Henley was affiliated with and making sure there wasn’t a negative association.  That’s when we found Henley-on-Thames. It looked like such a beautiful town and we decided we’d have to go check it out sometime. We were not disappointed – it was perfect!”

The Schomp family had a great day out in Henley, walking along the river front, shopping and meeting some friends who live in Southampton for brunch and a hot chocolate (Henley’s choice) at The Chocolate Café.   The children enjoyed the playground at Mill Meadows too.

Henley loved all the references to her name – Henley train station, Henley Salon, Henley College and the golden H’s on the litter bins!

The family are planning to spend a month in the UK, travelling through England, Wales and Scotland.  “We loved the drive from Cardiff to Henley through all the picturesque English towns and roads,” commented Michelle.

What did they think was missing from our town?  Michelle replied, “I’m sure it is commonly-known to locals, but as visitors we don’t know the whole back story on the importance and history of rowing and regattas in Henley-on-Thames. A monument or plaque describing the symbiotic relationship between the town and the sport would really help to inform visitors.”

Henley loved her namesake town, she said, “Can we go every year for my birthday?”  Michelle replied, I’m thinking we’ll be back a lot but maybe not every year!”

From the UK they plan to head to Denmark, Sweden, Norway and Portugal and then the itinerary is a bit open but they plan to spend the summer back in the US visiting family and friends.

You can read/watch more about their travels at http://www.retiredtoddlers.com/

Watch Henley’s birthday celebration in Henley at https://www.youtube.com/watch?v=mbl7L0duqCs from 6 mins in