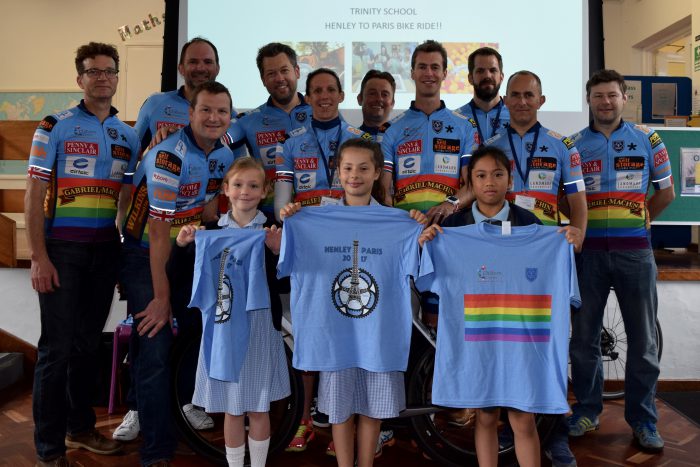 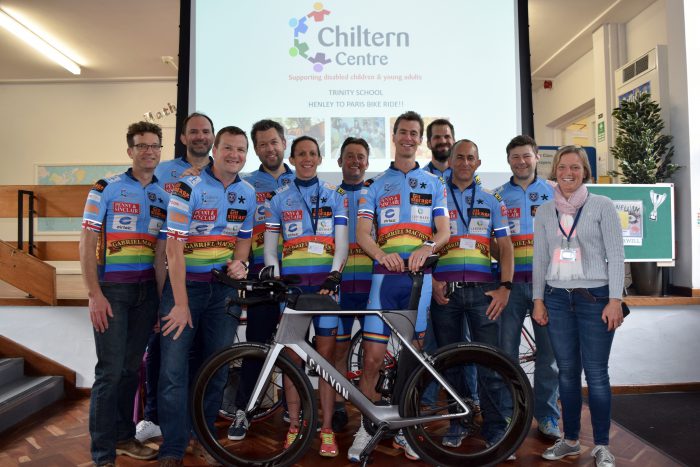 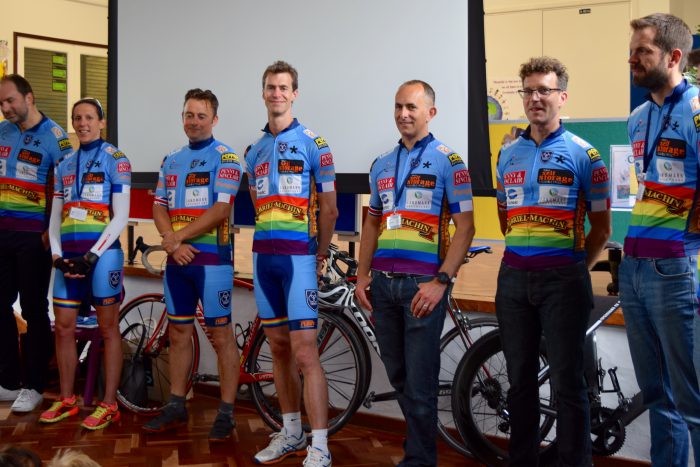 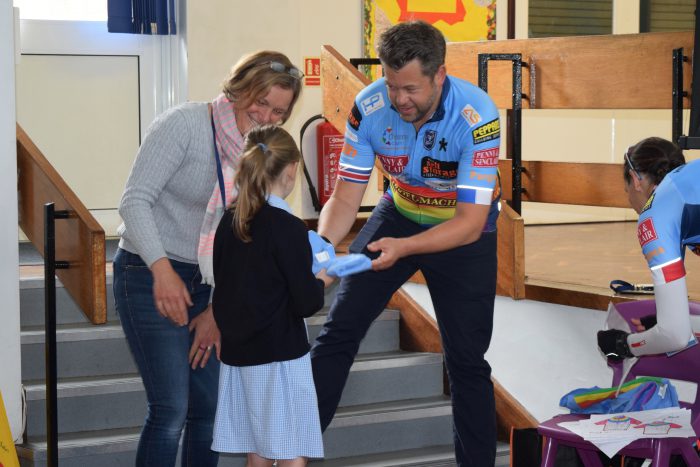 Trinity School were paid a special visit on Friday 9th June by some of the 31 brave cyclists tackling a 24-hour bike ride to Paris. The courageous group is composed of Trinity parents and friends, and will take place on June 23rd-24th in aid of the school and the Chiltern Centre. Bikes in tow, a handful of the cyclists came to the school assembly to teach the children about their challenge.

Liz Deacon, Community Fundraiser for the Chiltern Centre, was on hand to present the assembly, explaining both the centre itself and her role within it. The Chiltern Centre, located on Greys Road, provides care for disabled children and their families, including day and evening care at their facility. Liz described to the students that the Centre aims to enrich the lives of the children they work with, whilst giving the families some much needed respite. Bursting with gratitude, she reiterated to the children how much of commitment the cyclists have made, expressing that “we should be really thankful for what they’re doing.”

The Trinity Fun Ride to Paris will compose of 320 kilometres travelled, 3100 metres climbed, and 10,000 calories burned (each) — or, as Liz Deacon illustrated, 200 times the distance between Trinity and Henley Rugby Club, the equivalent of climbing Snowdon three times, and comparable to eating 100 bananas! So far, the team has raised £16,000 of their £30,000 target. These funds will go towards improving the learning environment at Trinity, as well as the award winning Chiltern Centre.

Reflecting on the training experience, the cyclists divulged their highs and lows to the children. One cyclist, Ben, revealed that he was “looking forward to it all being over, because it’s been pretty brutal.” This thought was echoed by Barnaby Cole, who told the story of a training ride so cold that his water froze solid within twenty minutes. The demanding preparations are not yet over, as many of the cyclists face a 153km ride in Wales this weekend. The team were certainly hopeful that their hard work will pay off when they tackle the ride to Paris. “Cycling two days back to back will be a challenge for all of us,” said Eric, another team member. “Although, obviously we’ve all got children so we’re used to sleep deprivation.” Of course, it hasn’t all been doom and gloom, as the group agreed that they had enjoyed bonding over their shared endeavour.

The cyclists weren’t the only ones recognised at the assembly. Many students entered a competition to design equipment for the team, and on Friday morning, the winners were announced before their peers. The winners were Elysia from Miss Grey’s class, Manuela from Mr Batty’s class, and Ella and Sophie, both from Miss Hodder’s class.

When the assembly closed with questions, a curious student wondered — who would reach the Eiffel Tower first? There was one resounding answer. “Nicki – she’ll have had breakfast and lunch by the time we get there!” The children of Trinity then wished the cyclists luck with a round of applause so impressive that Headteacher Helen Jones said, “We’ll have to do a sponsored clap!”

To donate to the Trinity Fun Ride to Paris, visit: http://virginmoneygiving.com/fund/TrinityRidetoParis