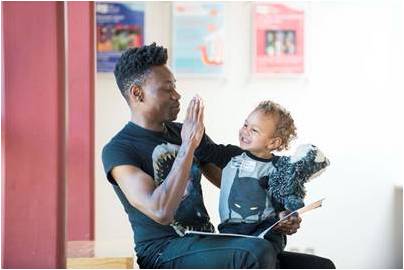 The River & Rowing Museum has been shortlisted for the Family Friendly Museum Award – the biggest museum award in Britain and the only one where children and families pick the winners.  The Museum faced stiff competition, with more than 700 nominations from the UK’s leading Museums.

It is a particularly special year for the Museum, who has furthered their commitment to welcoming local families by programming additional temporary exhibitions for children.  Following the enormously successful ‘Clangers, Bagpuss & Co’ brought in from the V&A Museum of Childhood, the Museum will be opening ‘Peter Rabbit:  Mischief and Mayhem’ on Saturday 24 June.  This is followed in the autumn by Quentin Blake’s The BFG in Pictures.

The 10 shortlisted museums will be road-tested anonymously by families over the summer, using the Kids in Museums Manifesto as a guide to their family and child friendliness, and the winner will be announced at a prestigious ceremony in London in the autumn.

The River & Rowing Museum received hundreds of nominations from local families.  Some of the testimonies included:

“You just need to see the children here to see how much they love this museum.”

“There is so much for children of all ages.  Staff are so friendly and however many times we come, we always discover something new!”

Ludo Keston, Director, River & Rowing Museum said: “I am truly thrilled that for the second year running the River & Rowing Museum has been recognised as one of the top ten most welcoming museums for families in the country.  I hope that families will enjoy visiting our fantastic Peter Rabbit exhibition over the summer, and find out for themselves what makes Henley’s museum so special.”

Dr Dea Birkett, Creative Director, Kids in Museums, said: ‘’Congratulations to the River & Rowing Museum for reaching the shortlist of the Family Friendly Museum Award.  It’s a great achievement in a really competitive year, with over 700 nominations.  The River & Rowing Museum had huge family support shining through the entire nomination – they are obviously highly valued in the local community by families. That’s exactly what every museum should aspire to.”