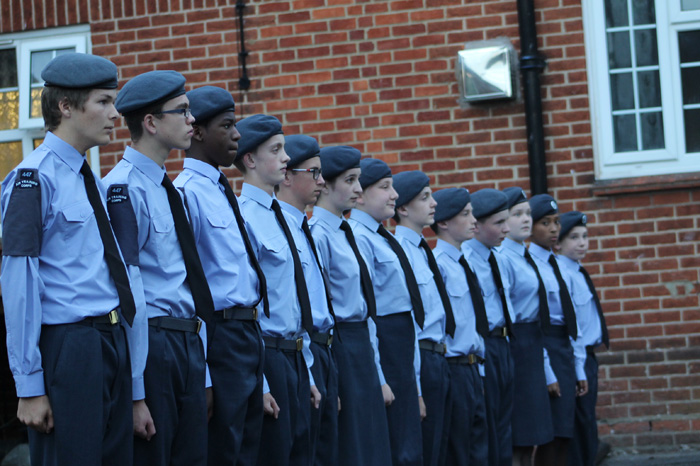 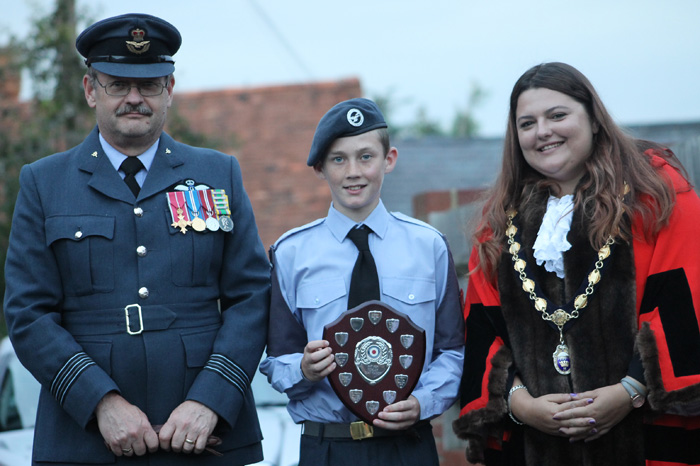 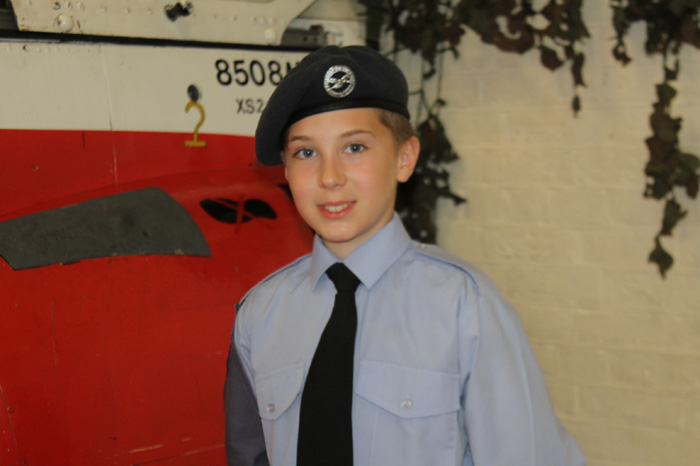 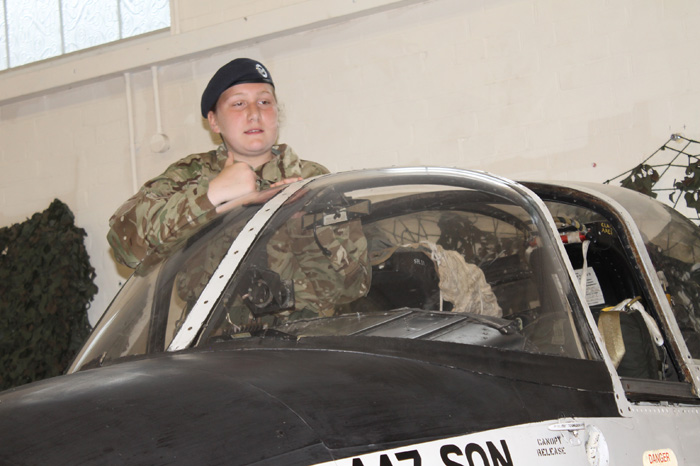 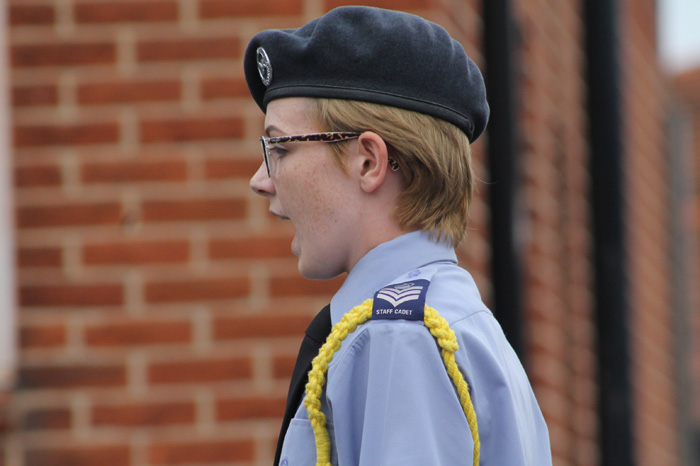 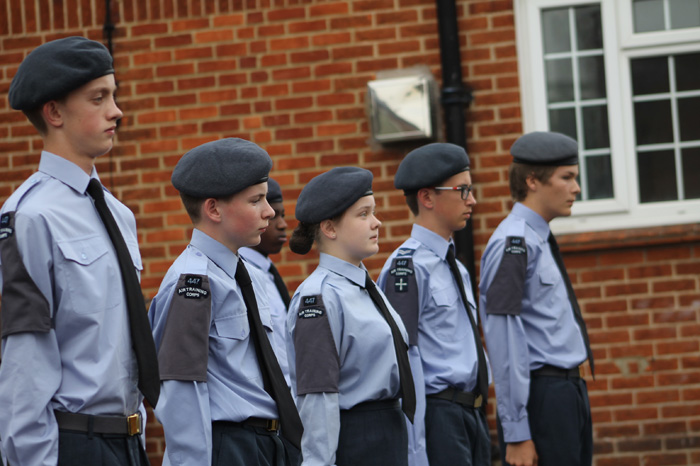 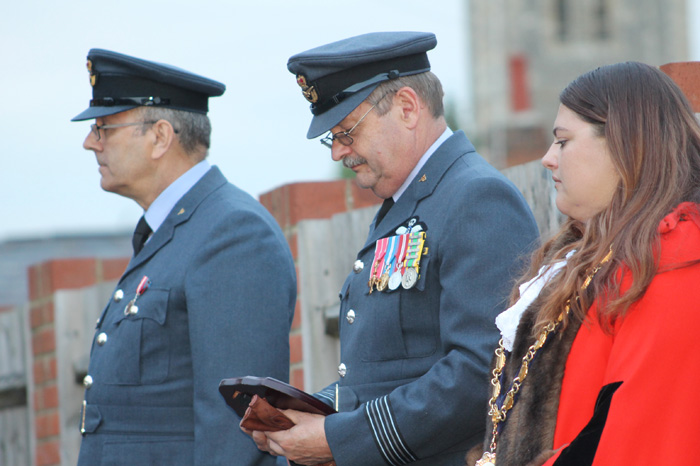 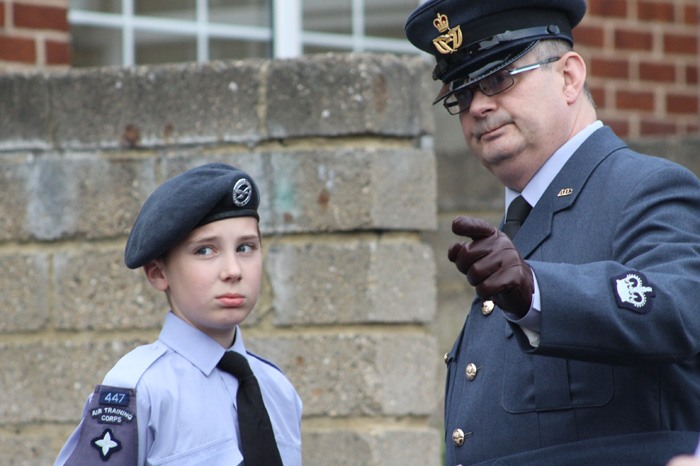 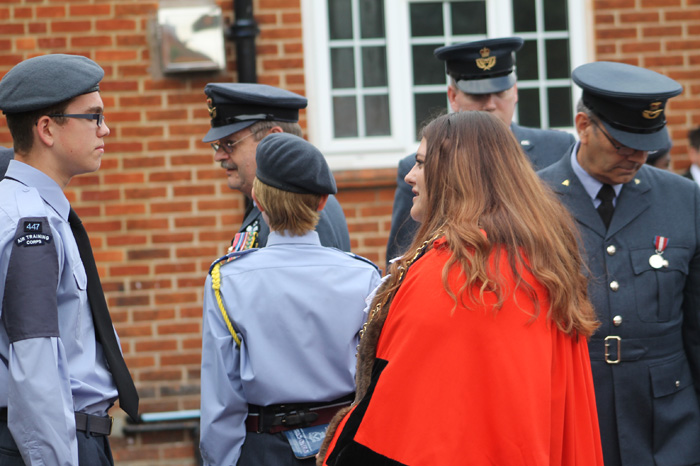 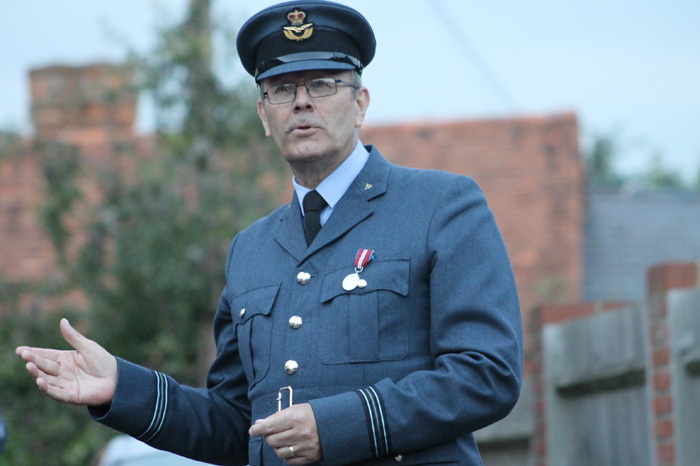 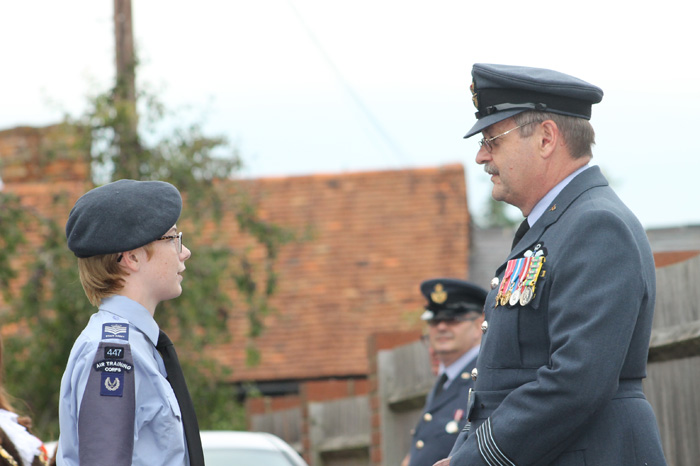 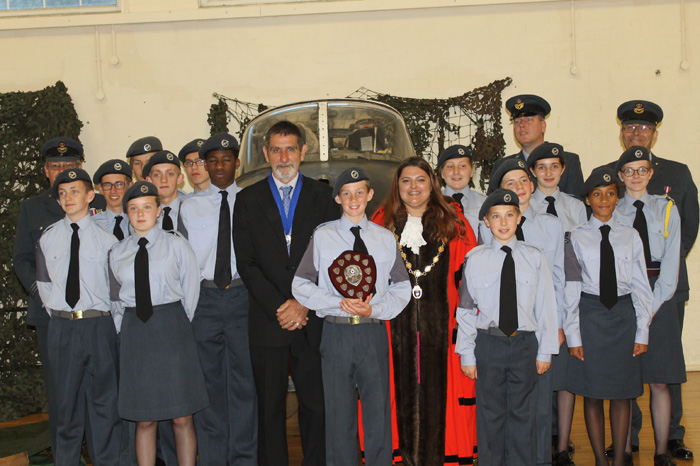 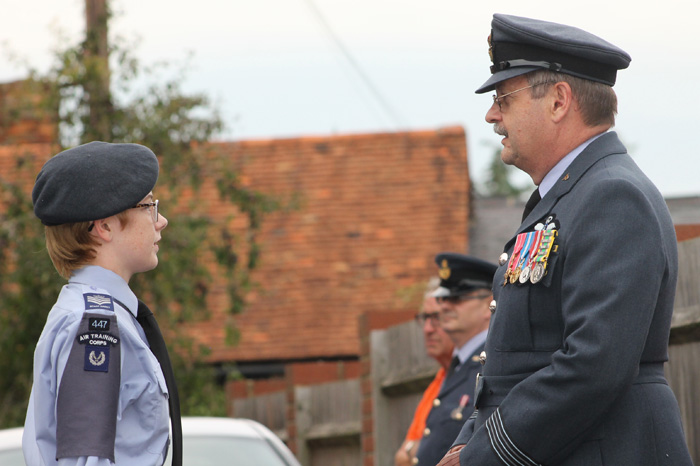 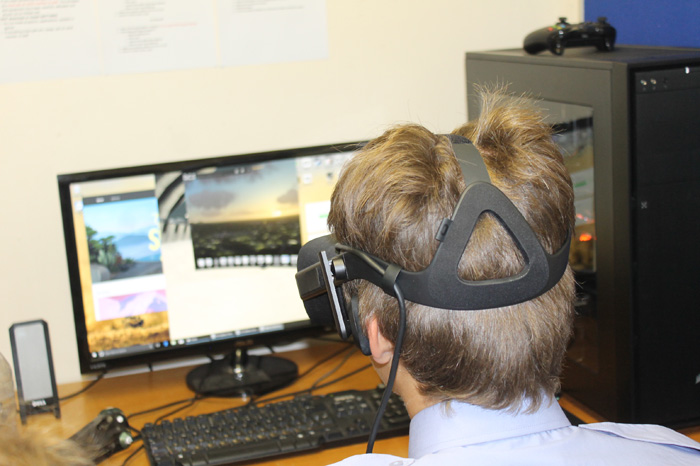 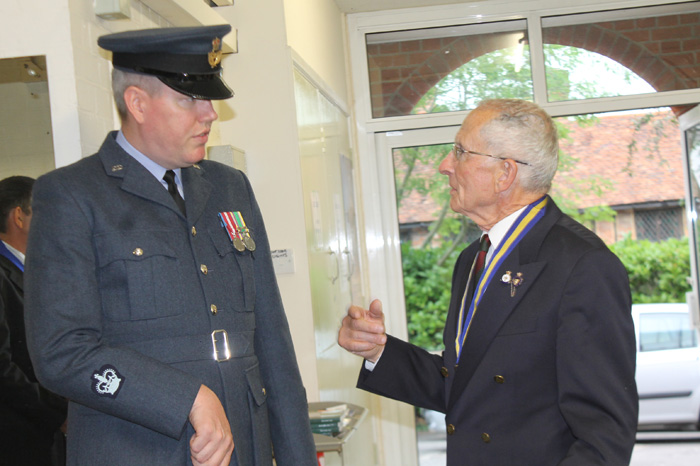 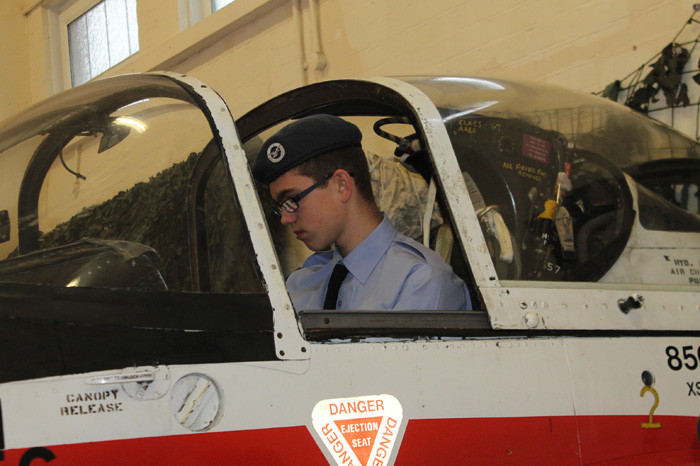 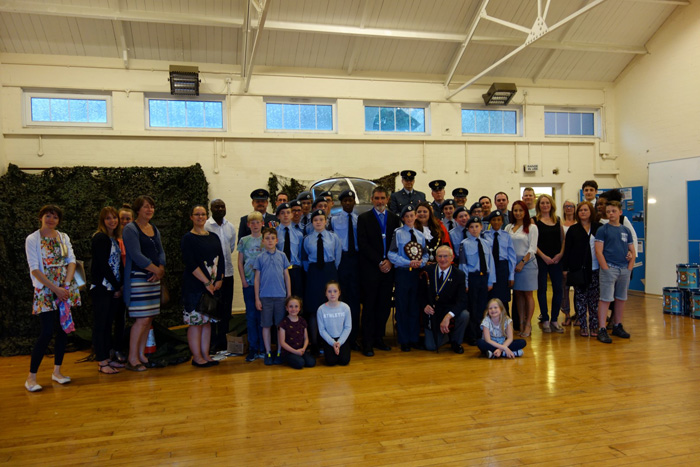 Wing Commander Chris said, “It is good to see so many of you here today and for turning out so well.”  The Wing Commander was joined by Jon Payne, Wing Committee Chairman and Wing Warrant Officer, Scott Anderson.

The Mayor, Councillor Kellie Hinton and her consort Councillor David Eggleton joined the officers on the inspection and talked to the cadets. Families of the cadets had been invited to watch the inspection and afterwards they were taken on a tour of the headquarters to see the facilities and to watch demonstrations which included first aid and a flight simulator.  The cadets also did a presentation of slides showing their recent activities which included climbing at Reading Climbing Centre, a weapons handling test, helping at Henley May Fair and a guard of honour at Brian Hughes’ British Empire Medal presentation.  Corporal Joe Day said, “The best recent activity was when we went flying at RAF Benson – at a certain height we got to take control of the plane and afterwards we did a loop the loop.”

After the tour and presentation, Cadet Harry Ellis who is the Mayor’s cadet was presented with the award for Best Air Cadet.  Kellie said afterwards, “I’ve only been a Mayor for seven weeks but it is an absolute joy to be invited here today.  I have been involved with Squadron for over the last 5 years as a representative of the Council on the civilian committee and I have seen significant changes recently and all for the better thanks to having Squadron Leader,Tim returning.  It is safe to say that the air cadets are the most present cadets in Henley and without them lots of things wouldn’t happen.  I’m extremely proud of everyone here.”

Squadron Officer Tim Keating then thanked his deputy officer, the parents and the civilian committee for all their support and encouragement and said, “I’m very proud of you all tonight.  I will continue to work hard, recruit more cadets and give these guys the best experience they can have and to offer things that you can only do as an air cadet.”

If you are interested in joining the air cadets, or would like to know more about the Air Training Corps, please call 07817 774682 or email oc.447@aircadets.org. You can also visit www.aircadets.tv for more information on Air Cadet Squadrons in your area.