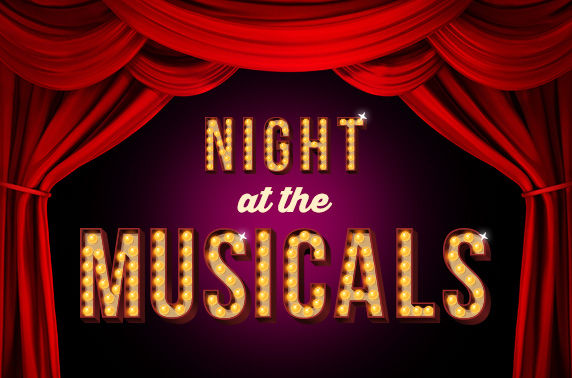 After the Club’s normal business had been completed, the guest speaker Tony King was introduced.

Tony presented ‘Another Opening – Another Show’ telling the history of musicals from their early days to the Broadway and West End spectaculars that are so popular today. The presentation comprised of slides accompanied by film and music.

It was John Gay who in 1728 presented what is considered to be the first ever musical ‘The Beggars Opera at the Theatre Royal in Drury Lane’; Paris in 1855 saw its first operetta.

Operetta became very popular in Victorian times from Offenbach to the Savoy Operas of Gilbert and Sullivan (The Savoy Theatre opened in 1878).   But musical theatre really took off in 1927 in the ghettos of New York with ‘Show Boat’ with song, music and production numbers where the music became subservient to the play. Notwithstanding this, ‘Show Boat` will always be remembered for the song `Ol` Man River` made famous by Paul Robeson in 1936 in the film entitled `Show Boat’.

The ‘Golden Age’, however, was ushered in with ‘Oklahoma’ (in 1931) initiated by the musical theatre writing team of Rodgers and Hammerstein; this team then followed up with a long succession of Broadway hits including `Carousel’, ‘South Pacific’, ‘The King and I` and` The Sound of Music`(the last of the Rodgers and Hammerstein musicals due to the death of Hammerstein just 9 months after its premiere). Other Broadway productions which contributed significantly to the `Golden Age` were  ‘My Fair Lady’  and ‘West Side Story’.

Back in London`s West End in the 1960’s ‘Oliver’ became a smash hit breaking box office records both here and then on Broadway.    The musicals of Andrew Lloyd Webber followed after the great success of ‘Joseph and his Amazing Technicolor Dreamcoat’, ‘Cats’ and ‘Phantom of the Opera’.

The world’s longest running musical is ‘Les Miserables’ from producer Cameron Macintosh who initially thought he had a disaster on his hands due to severe newspaper criticism at its launch – thankfully, and not unusually, the newspapers got it wrong!

The Probus members thanked Tony for an excellently prepared presentation which had taken them on a 50 minute trip down memory lane.