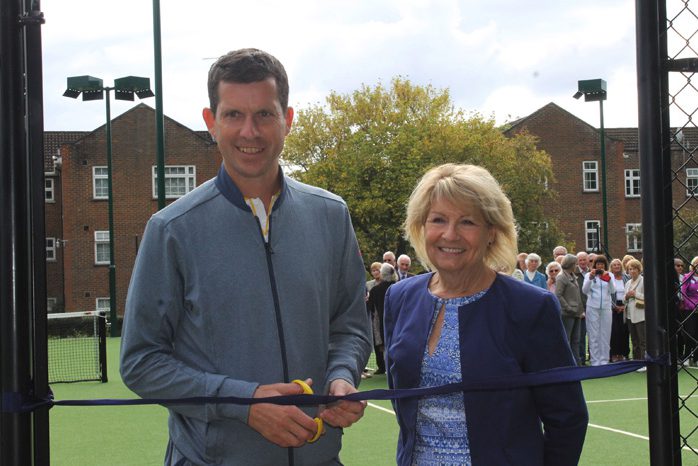 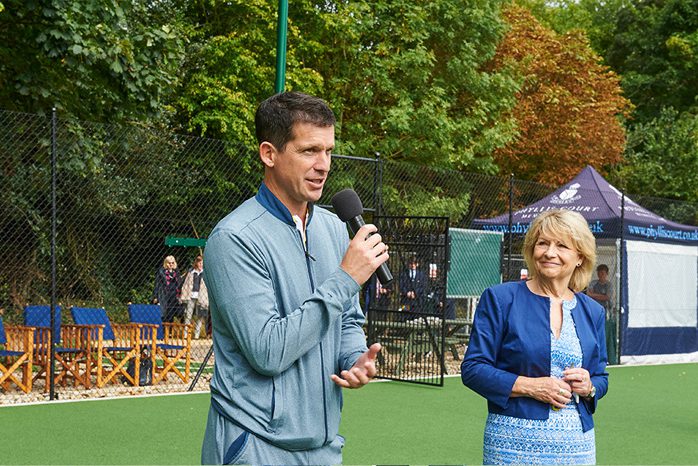 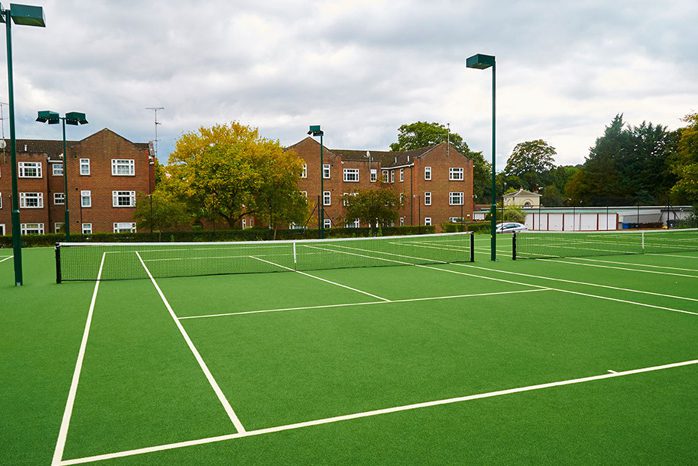 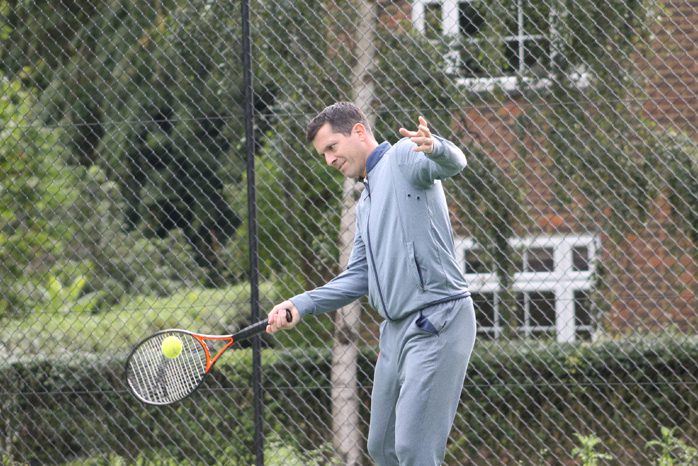 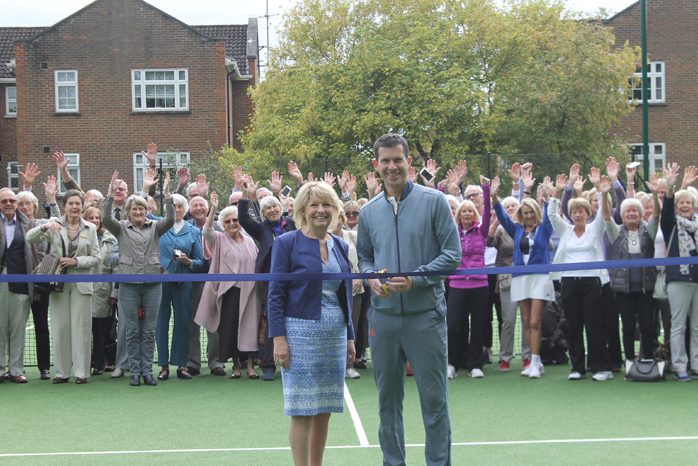 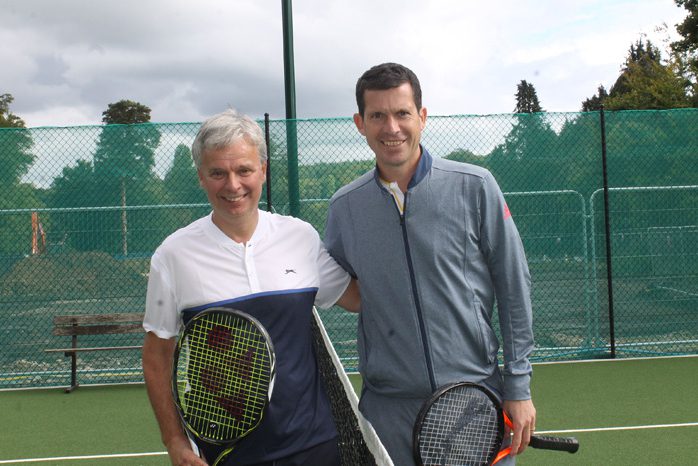 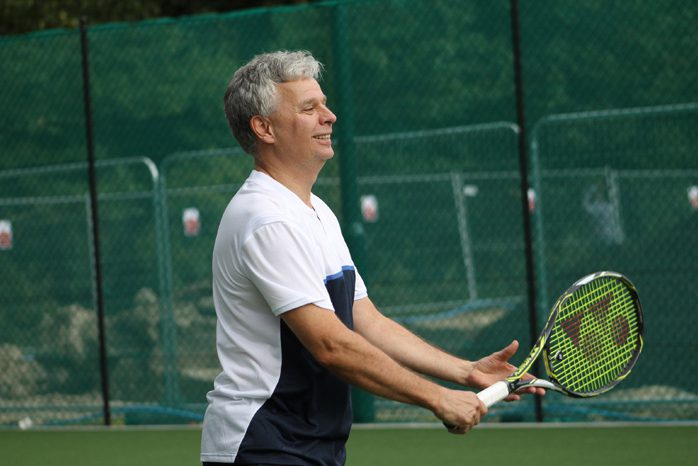 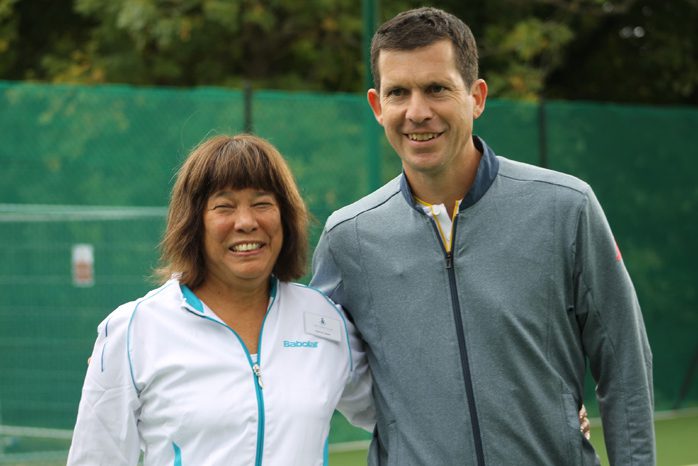 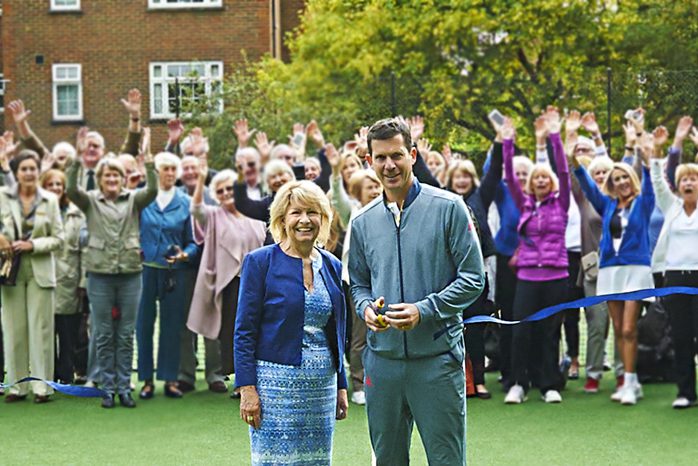 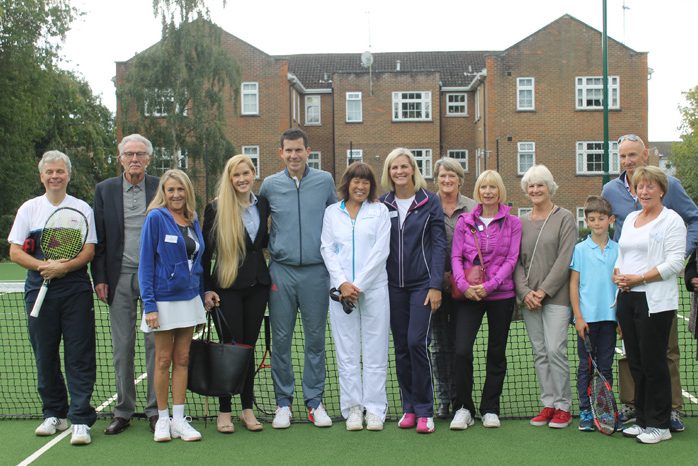 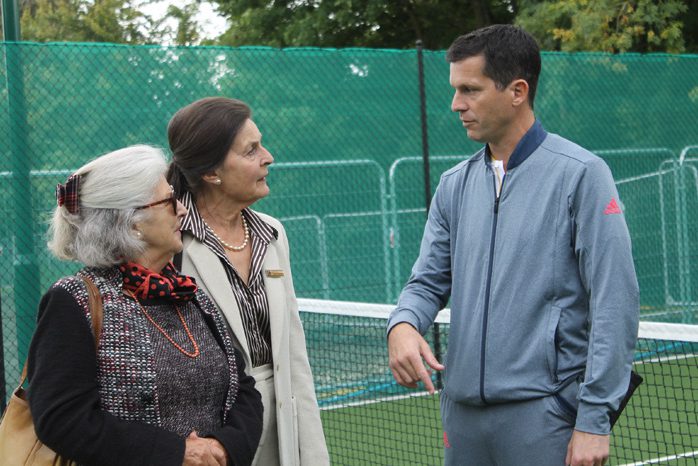 Tim Henman OBE, officially opened the 4 relocated and refurbished tennis courts at Phyllis Court Club in Henley. This completes phase one of the major development taking place at Phyllis Court with the recent approval to build the new Fitness Centre in the grounds of the Club.

Tim Henman, who officiated said “I’m delighted to come to Phyllis Court Club today to recognise the opening of these new tennis courts, I’m always happy to support new facilities in the area and hope this will attract Members and new members to start to play tennis or rekindle an interest they have had in the past.”

Patricia Christmas, Club Chairman welcomed Tim and said “You’re much taller and more handsome than I thought!” before saying “How pleased we are to host Tim at Phyllis Court to open our wonderful new tennis courts, not only do they look good but our tennis members are saying how good they are to play on. I am delighted to confirm this is the completion of phase one of our Fitness Centre development and we are excited to have added these high quality courts to all the other facilities we have at Phyllis Court Club.”

The refurbished tennis courts have a new surface, the Savanna Court is a soft and durable tennis surface and is the most advanced synthetic tennis surface on the market. Its specialist fibre construction gives increased cushioning underfoot and consistent ball bounce. Savanna is unique to En-Tout-Cas, who have just built the four ‘state of the art’ Courts at Phyllis Court.

After the official opening, Carey Sayer a member of the Phyllis Court Tennis Club had a short rally with Tim.  Afterwards, Kerry said, “It was completely unexpected, I think I was chosen because I still had my tennis gear on from playing this morning.  I wasn’t nervous, I like to have hit with any one.  I was honoured to be picked and I’d welcome Tim back anytime for a proper game.”

Carey’s wife Dianne approached Tim to come along to open the new courts through his wife Lucy.  Diane said, “We wanted to have someone who was local and were delighted that he found time in his busy schedule to come today.  We will be making a donation to Tim’s charity, the Tim Henman Foundation which delivers programmes to better the lives of vulnerable young people and focuses on education and health.”

Afterwards Tim commented, “It’s a really great surface. I’ve got the same surface on my tennis court at home.  It is very soft on the body and it gives the ball a nice pace and the ball doesn’t bounce too high.  The other great thing is that it drains well and you can play on it all year round.”

The Henley Herald website provides an up-to-date and unbiased digital news service for
Henley-on-Thames
Looking for a Unique Wedding Venue?