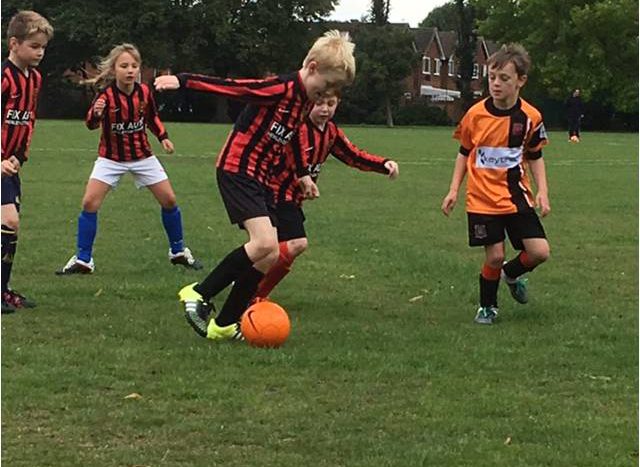 On Saturday 16 September, the U9 Henley Hotspurs won their first ever league game by three goals to two, after coming back from two down.

Eight of the ten squad members made their way to Carlisle park in Hampton for this away game, against the Hearts of Teddlothian Jaguars. After a pep-talk from coach John Sartin, and the handing out of the official AFC Henley strip, the match kicked off.

Matches at this age group are 7-aside, and last four quarters of 12 minutes each, with short breaks in between. Coach John Sartin rotated players’ positions, to maximise the experience that each player would obtain from this game.

Hotspurs got off to a shaky start, with the opponents scoring after less than five minutes. However, instead of being disheartened, Hotspurs showed great character and upped their game. At this point the onlooking parents became increasingly excitable and started to provide considerable vocal support for the team. The Jaguars, however, insisted on still trying to score and, despite some saves from the Henley goalkeeper, managed to convert again just before the end of the first quarter.

In the second quarter, the players were better at sticking to their positions, especially as the pitch seemed rather big! Although the Jaguars kept putting pressure on Hotspurs, Aeden Griggs managed to create some powerful shots at goal, all of which were unfortunately saved by the keeper. Finn Dimmestol and Corey Sartin defended impressively, and accurate passing between Adam Meakin and Aeden Griggs led to several chances. At one point the match was briefly paused, when a dog ran onto the pitch and decided to lie down in front of the opponent’s goal, to great amusement of all present. The second quarter ended with a bang when Aeden Griggs embarked on a sprint towards goal and scored!

The start of the third quarter saw a lot of activity in front of the Hotspurs’ goal. The entire team stepped up their defensive skills, and some players such as Leo Vanni showed some professional marking skills. The spectators were treated to highly entertaining play. Solid defending from Arthur Edwards, not afraid to use his body in 1-on-1 situations, and some good positioning from Roxanna Schoenmakers, prevented the opponents from scoring another goal. Henley nearly scored from close range, but nevertheless Q3 remained goalless.

Despite all the running around, the team did not show any signs of tiredness in quarter 4. On the contrary, they appeared to get second wind, and showed some of their best play of the day. The players fought together as a team, using the space wisely, and supporting each other’s actions. This soon culminated in a second goal for Henley, by Max Sheriff. The mood was cheerful all round, and even the two coaches had a friendly exchange. That was until Aeden Griggs slipped in an almost unnoticed cheeky shot making it 3-2 to Henley. At this point some of the opponents became a touch disheartened, however the high quality of the match overall was maintained. Even though the concentration levels started to wane a little bit, Henley Hotspurs kept defending superbly, preventing an equaliser from happening.

The final score was 3-2 to Henley Hotspurs, a fantastic result and, what’s more, a high-quality match enjoyed by players, officials, and spectators alike. There is no doubt in my mind that an exciting and successful football season awaits these characterful youngsters. Good Luck Hotspurs, and well done! 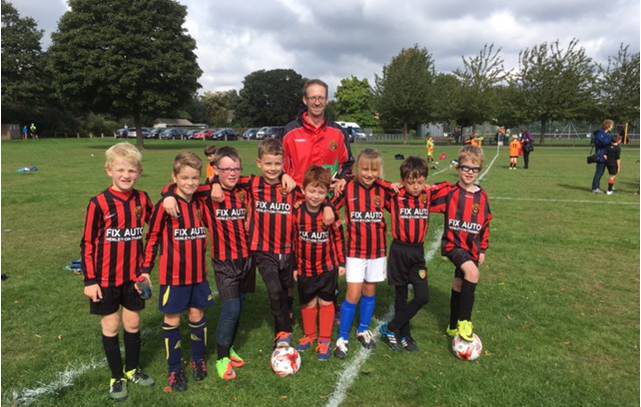