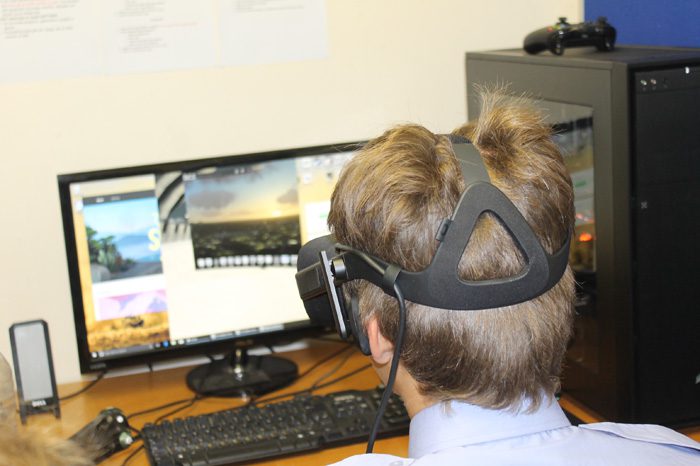 Tim Keating, Squadron Leader of the Henley Air Training Corps said, “On behalf of 447 (Henley) Squadron, I am extremely grateful to HTC for their generous grant which has helped offset the cost of our new Flight Sim. The Flight Sim is being used to supplement Air Experience Flying and to help our Air Navigation, Basic Navigation and Airmanship Training. It also enables our cadets to experience flying different aircraft in Virtual Reality, including the Grob Tutor, the current RAF trainer aircraft. Giving our Air Cadets these unique experiences is only made possible with the generosity of people like HTC.”

Henley Fire Station applied for a community grant for £2,000 to purchase some new fitness equipment for the station.  Council Members suggested that they use the fitness equipment that will be installed at Makins Recreation Ground and/or apply to OCC Fire Service for additional funding.

The Finance, Strategy & Management Committee also recommended that annual grants (for up to 3 years) to the following local organisations to be paid from April 2018 which will be need to be approved by the Full Council on 10 October.

River & Rowing Museum -£7,500 to support the services provided at its education centre and to allow Henley children free admission  The museum has also asked for the waiver of the car parking rent.  This would be discussed further at between Councillors and the River & Rowing Museum.

Bluebells Dementia Day Centre – £8,160 towards the rental of the Christ Church Centre after OCC funding has been cut.

Riverside Counselling – £5,000 to fund two further Counsellors for The Space, counselling service for young people aged and their families.

Be Free Young Carers (formerly South & Vale Carers Centre) who provide emotional support, respite outings and training (such as first aid) for young carers between the ages of 8-14.  £1,000 was recommended which was double the amount applied for as the committee was so impressed by the need for and the value of the service they provide.

Henley Music School applied for £10,000 but the decision has been deferred until Councillors have talked to HMS in more detail, in particular about their bursary scheme. Headway Thames Valley also applied for an annual grant of £9,500 for music therapy which was also deferred until Councillors have talked to them in more detail about their future funding.

Sheridan Carr, Centre Manager at Riverside Counselling said, “We are really pleased that Henley Town Council has chosen to support our charity for another 3 years. Riverside continues to grow year on year, in response to the increased demand for counselling in our local community. The Space, the branch of our service dedicated to young people, is particularly busy. It expanded threefold last year, reflecting how young people are increasingly feeling the stress of modern life. As Riverside expands, the need for funding also grows and we are very grateful to the Henley Town Council and other local organisations for their continued support.”

Sue Ryder submitted a large grant application for £92K to replace specialist beds and chairs at the Nettlebed hospice.   It was felt that Sue Ryder should be looking at other funding opportunities first rather than having the expectation that HTC would fund the whole cost. Councillors felt that the organisation could apply again at a later stage (September  2018) if there was a shortfall  in their funding for this project but in the meantime were encouraged to approach SODC and Friends of Townlands Hospital for assistance (both practical and financial).