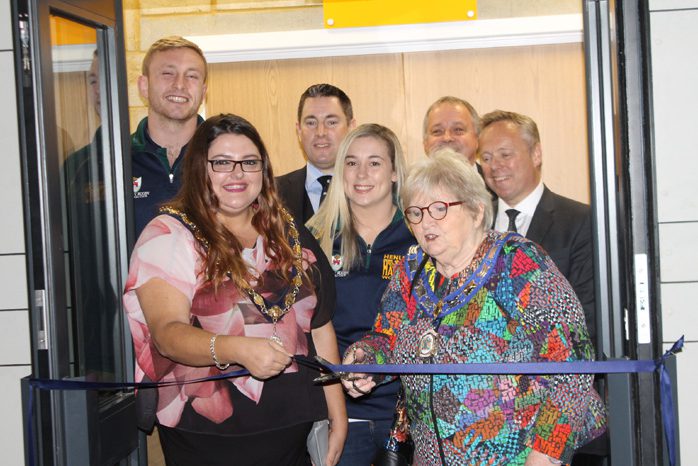 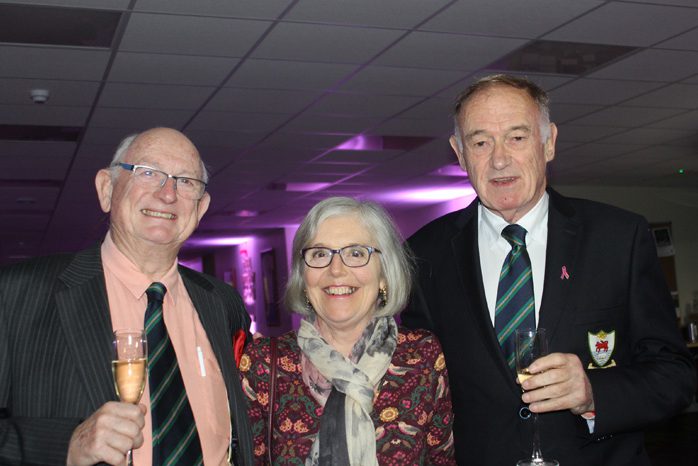 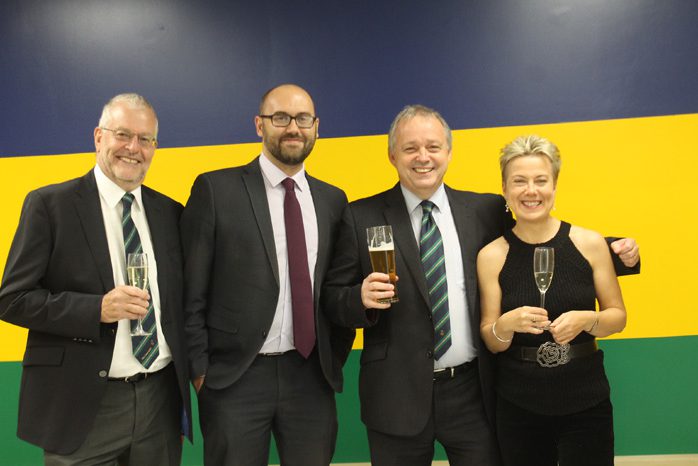 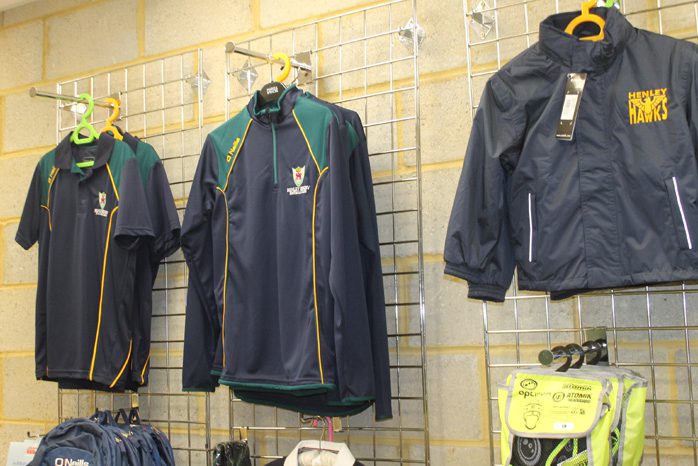 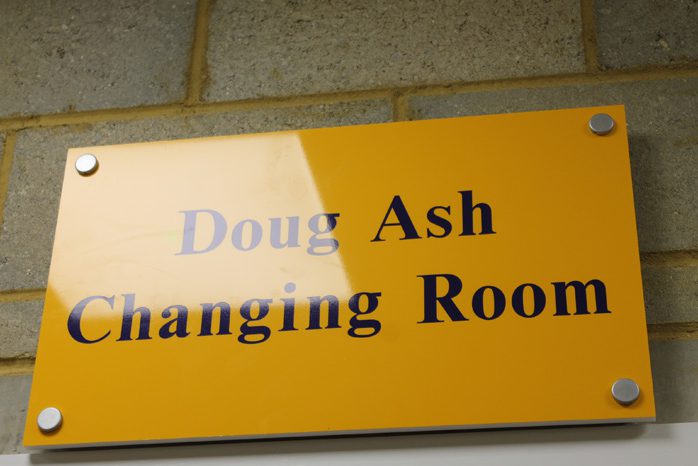 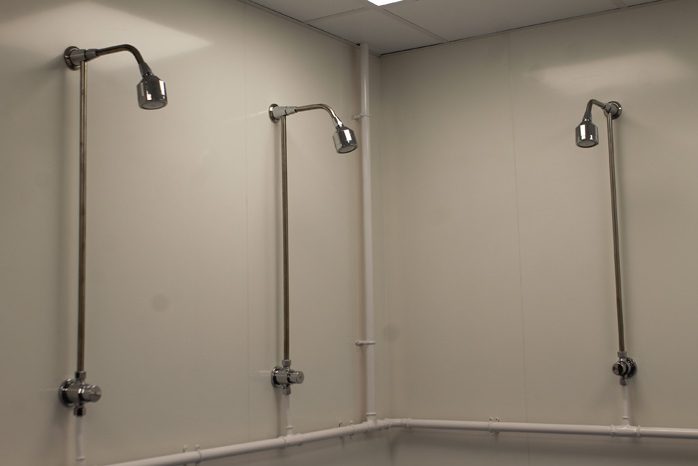 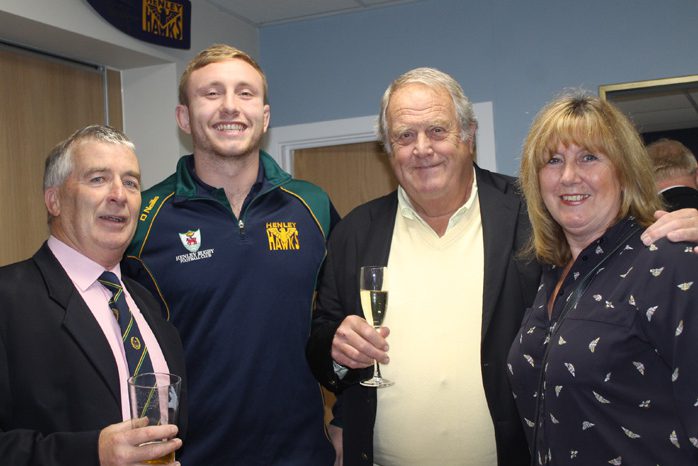 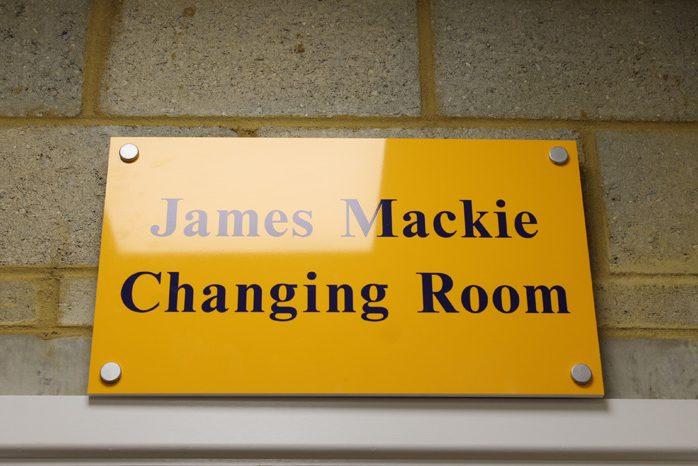 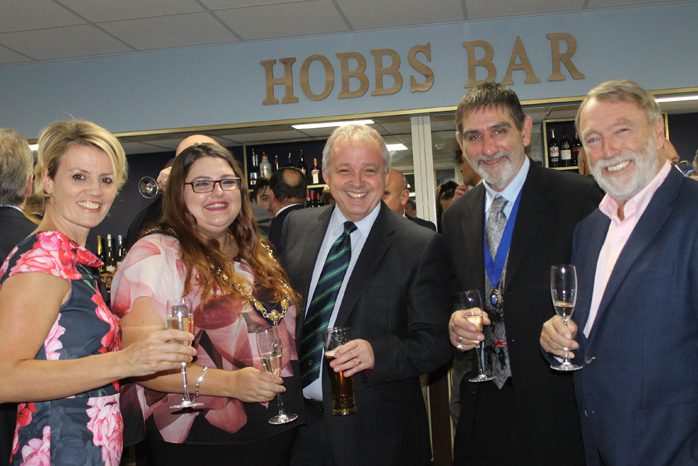 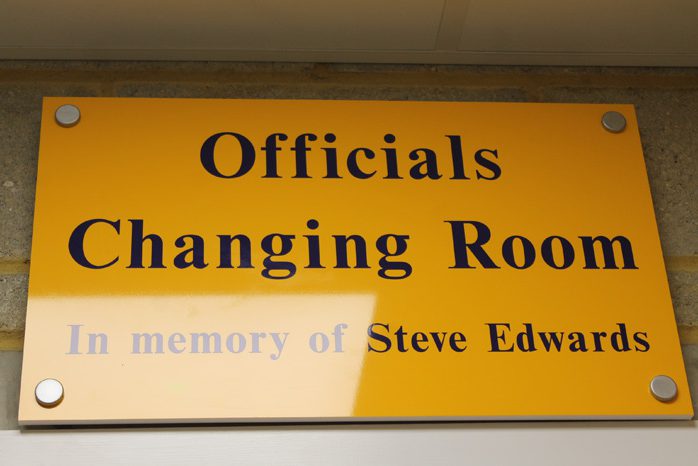 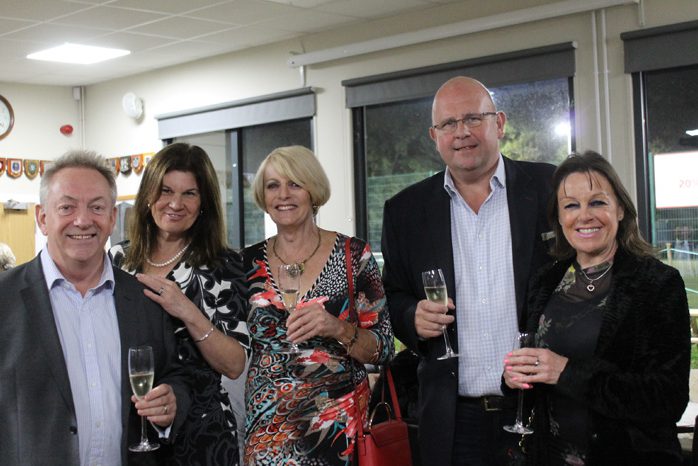 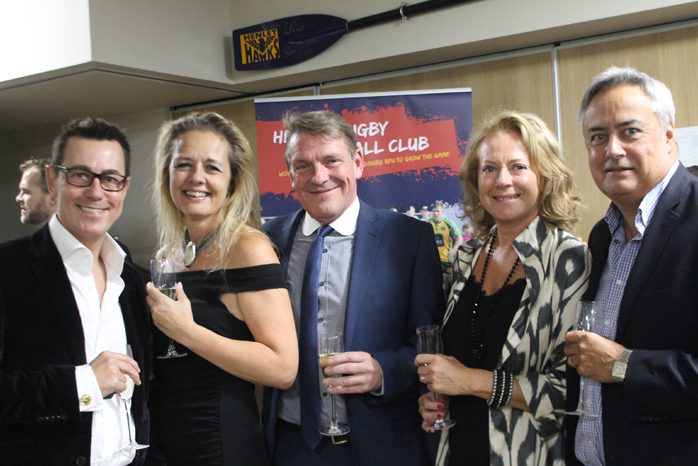 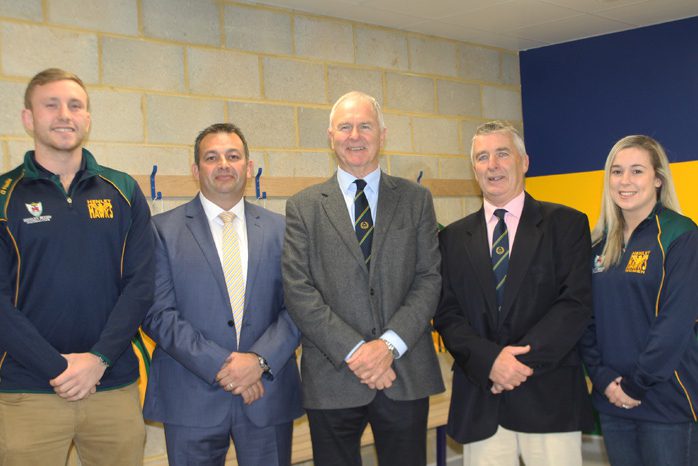 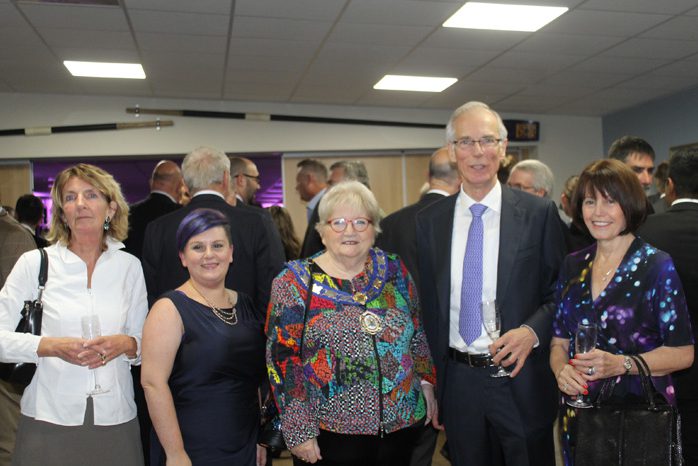 The project was supported by SODC, RFU, Club Members and the Trust for Oxfordshire Environment (Toe2) with funding from Grundon Waste Management Ltd through the Landfill Communities Fund.  Matt Payne, ex Hawks Captain kindly donated towards the aptly named new high-tech Payne Physio Room, Doug Ash (ex player, ex Chairman and President) sponsored the Hawks changing room and James Mackie a valued HRFC member the away changing room.  The Officials Room has a fitting tribute plaque above it ‘In memory of Steve Edwards’, who was a former dedicated Hawks fundraising, supporter and member who sadly died of stomach cancer last year. Steve’s wife Debbie said, “He loved the rugby club and had some of his happiest days there. He was so well known, a lot of the time because he was so naughty, and he did have the odd comment to make about the refs decisions, all part of his infamous charm.”

The new changing rooms are built to stringent RFU compliance standards and will be available and suitable for players of teams and capabilities. This is the final phase of the development at the club after the £825,000 first phase which saw the complete renovation of the clubhouse which opened in September 2016.

Chris Nixon, Chairman of the Henley RFC said, “We are delighted that the second phase of our clubhouse redevelopment is now completed.  We would like to thank all parties who have contributed to the fundraising and all who have helped make such a superb facility a reality.”