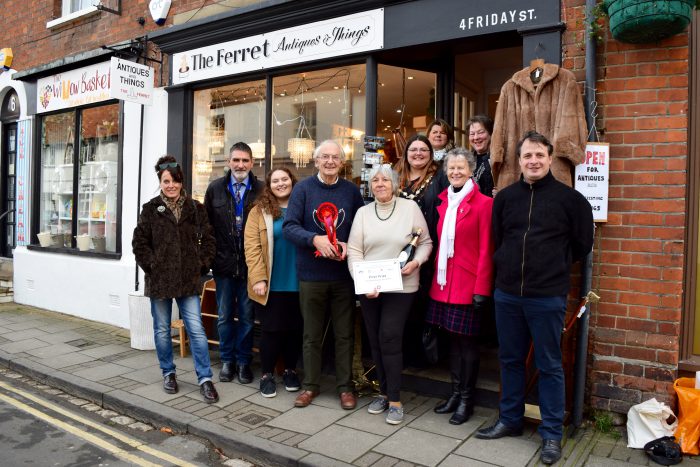 The Ferret has won this year’s Christmas window display competition with their nativity scene around the world – literally! The antique shop on Friday Street used items from the shop to create the traditional Christmas scene around an antique globe.

This year’s theme was ‘Christmas Around The World’, and the 17 entrants had to include a globe in their display. The competition, organised by Carolyn and Alex from Delegate Office and Conferences Services, was sponsored by financial advisors Milton Gordon & Co, The Head Partnership solicitors, IBS Office Solutions, Henley Town Council, and Brakspear. Representatives for the sponsors helped to judge, along with Mayor Kellie Hinton, Councillor David Eggleton, Town Manager Helen Barnett and previous winner Amelia Staines.

Roger and Delia Etherington, who have run The Ferret for over 20 years, were thrilled with their achievement. “We are genuinely surprised,” Roger disclosed. Equally shocked by the news, Delia described how she felt. “We’re delighted! Amazed, completely amazed! We happened to have a world globe in the shop so I decided to put the Christmas nativity scene around it to make Christmas around the world.” For their creativity, the couple can enjoy a bottle of champagne donated by Brakspear and a cheque for £125. The winner’s cup now proudly joins their festive display.

As always, the decision making process was no easy task. Hilary Champion, who judged on behalf of Milton Gordon & Co, explained, “It was judged between all of us. It was the hardest one I’ve ever done; it was very difficult to choose between so many different interpretations of the theme.” Competition organiser Alex Nearchou, of Delegate, also reflected on the extremely high standard of entries. “They were all fantastic,” she said. “Everyone stepped up again this year, and there were lots of windows we loved.”

Second place and £100 in prize-winnings went to clothing store VH & Co, whilst Frost Borneo opticians received £75 for third place. Recently opened charity shop Thames Hospice stole fourth and a cheque for £50. Mayor Kellie Hinton was extremely complimentary of all the competitors, “Honestly, it was just incredible,” she enthused. “It’s really hard to judge. I particularly enjoyed looking at the educational displays. Things like that really impress me and set the bar.” Encouraging local businesses to join in with next summer’s window display competition, Councillor Hinton said, “It’s an opportunity to get involved in the local community, and it doesn’t cost a penny to enter. It helps to brighten up the town.”

Congratulations to the winners, and the many local businesses who entered. With all the wonderful festive displays around town, Henley is beginning to look a lot like Christmas! 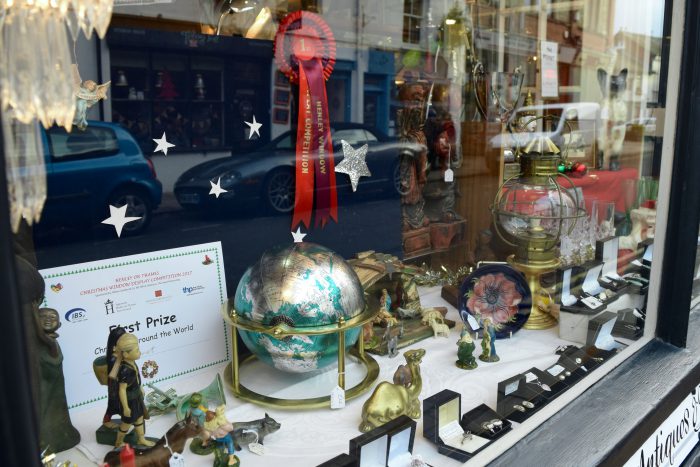