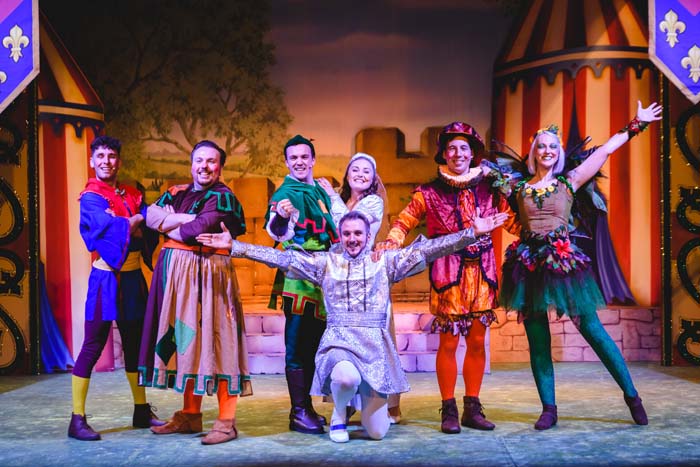 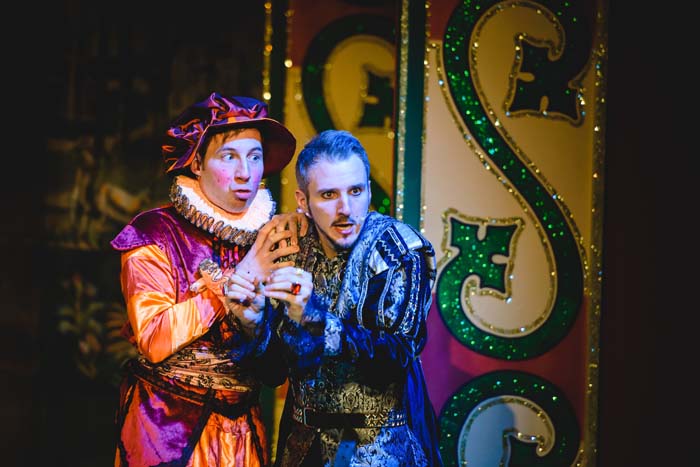 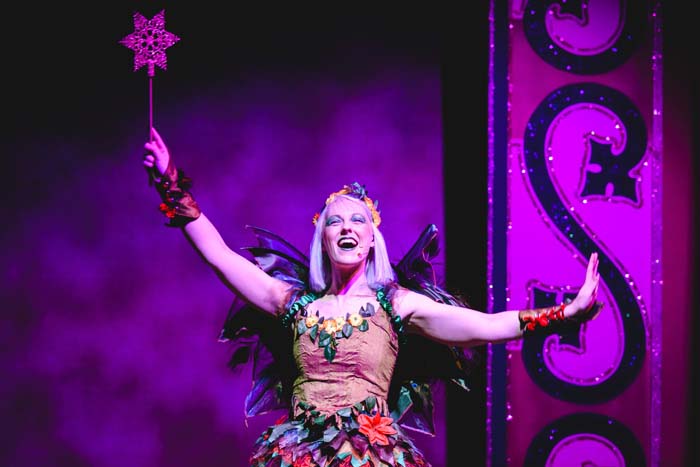 The company who staged Peter Pan at the Kenton in 2014, Immersion Theatre have returned to the theatre this year to bring us the heroic tale of Robin Hood – a great alternative to the regular Cinderella, Dick Whittington or Jack and the Beanstalk pantos doing the rounds. The show certainly hits the target, scoring an absolute bulls eye for hugely enjoyable family entertainment.

This great family show follows Robin and his band of very Merry Men to fight for justice and freedom for the people of Sherwood Forest and for Robin to win the heart of Maid Marion.

There’s no traditional baddie (to scare the children) or a panto dame but James who plays the Sheriff of Nottingham takes on both brilliantly – playing the villain and various women disguises with ease, campness and many different quick costume changes (apart from his boots)!

Everything you want from a great panto is part of this two hour show – put downs, bad jokes, slapstick, audience participation and Henley references (including the Town Council and Hot Gossip cafe).  The Henley audience tasked with joining the band of Merry Men Robin said, “You’re the poshest ever poor people I’ve seen!”

There’s lots of surprises and twists for the audience too – we loved the shooting practice scene.

At the opening show on Friday, the cast contended with some wardrobe malfunctions which saw some great adlibs from Robin and Guy and some surprisingly good heckling from young children in the audience.

Music of course is a big part of the show – this comes in bucket loads too with some superb alternative words including It’s Raining Men by the Weather Girls – changed to Merry Men in our stylish tights!

This madcap medieval romp has something for all family – a real Christmas treat right on our doorstep.

Robin Hood runs until 28 December.  Tickets are still available for some shows.  To book go to www.kentontheatre.co.uk