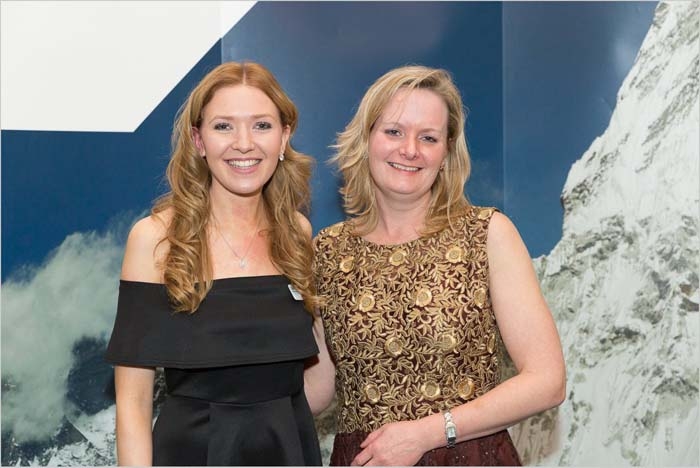 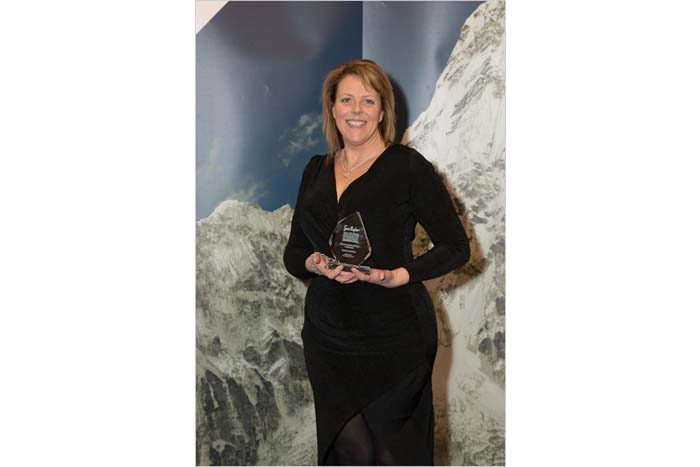 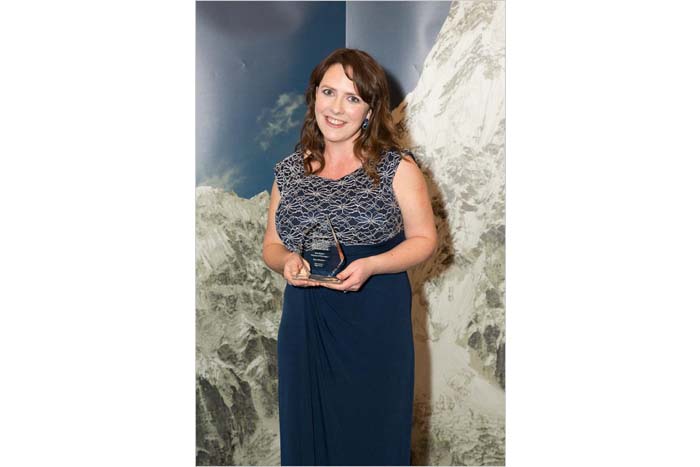 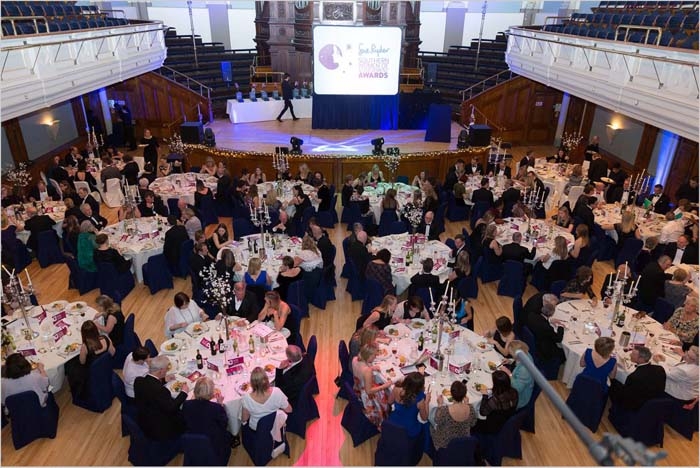 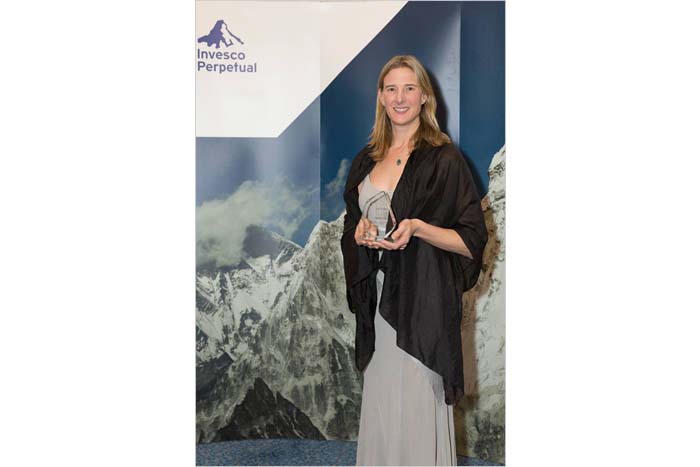 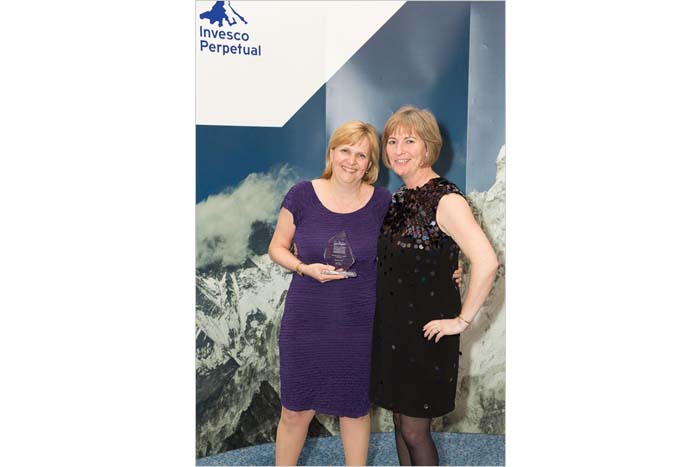 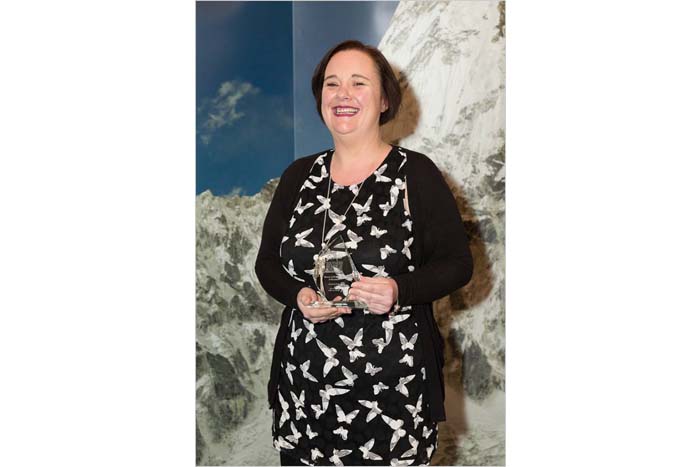 The event was hosted by former professional Footballer and current BBC Radio Berkshire Sports Presenter, Ady Williams. He said: “It was my pleasure to host and it was such a rewarding event for a great charity, we all had a fantastic evening and I am in awe of the winner’s stories. Congratulations to all nominees.”

Winners in each category are as follows:

Ann who owns Manning UK in Henley has helped reverse the ailing fortunes of the Henley 60+ Club, which was facing a £5,000 shortfall in its budget, by donating £10,000. In the Eighties she volunteered for the Samaritans, supported the Caversham Townswomen’s Guild and Caversham Rotaract Club, with which she took part in a number of fund-raising activities.  Along with her late father, Ann played an active role in the restoration of the Chantry House in Henley about eight years ago. She also supports Henley in Bloom by sponsoring a planter in Thames Side and has sponsored two public benches in the town.

Ann said, “I don’t know what to say? It was a privilege to be nominated and given the competition I really did not think I would win as I thought there were other more deserving nominees. When Ady started to read about the over 60s Club and Magistracy I thought ‘they are talking about me’. I was shocked on Friday and it still has not sunk in. I feel so honoured to receive this Award and thank you to the judges and everyone at Sue Ryder.”

Beccy has worked at Sue Ryder Nettlebed Hospice for the last 18 years, providing all meals for patients, staff and visitors.  She’s hard-working, dedicated and always goes the extra mile in everything she does helping to make meal times for patients, family and staff as enjoyable as possible, providing comfort, in an emotionally challenging environment. Beccy is acutely aware that any meal could be the patient’s last, so she does anything and everything she can to make meal times special and enjoyable. Very sadly, Beccy lost her husband to cancer 8 years ago, so she has first-hand experience of what the patients’ families are going through.

Brenda is a leading Family Lawyer at Blandy and Blandy LLP. Until recently, she was the longstanding manager of the firm’s Family Law department, the only Family Law team in Reading to be ranked in the top tier by both Chambers UK Guide and The Legal 500.

Sarah was selected for Cambridge University’s development crew for the 1995 Boat Race in Henley and became “hooked” on the sport after her crew beat Oxford against all expectations.Soon afterwards she was diagnosed with Huntingdon’s disease, an inherited condition that progressively worsens over time and causes a range of physical and cognitive impairments.  She won bronze in the women’s double sculls at the 2004 Olympics in Athens and gold at the world championships in 2005 and 2006 with the GB women’s quad.

Suzanne launched First Aid Matters, based in Henley, after one of her two sons had an accident involving boiling water in 2012. The former paramedic spoke to other mothers at Nettlebed Community School, which the children then attended, and realised there was a gap in the market because few of them had any first aid training.

Tara courageously helped a friend in need, by donating a kidney. Her nominee said, “If Tara had not been so brave and shown so much courage I don’t know how my life would have turned out.  She is truly the most courageous person I know, giving an example to all women the true meaning of love and friendship.”

Gemma founded the ‘Save Our Edge’ campaign with a former schoolmate when the school was threatened with closure after being deemed “inadequate” by Ofsted and placed into special measures in April last year.  The threat of closure was formally lifted the following month and the interim head teacher accepted a permanent role. Gemma and more than a dozen members of her campaign have joined the school association, which helps run events to raise money.

Beccy comments: “I was absolutely stunned to receive the first award, let alone the overall award. It is a real privilege and I’d like to thank all at CH&Co and Sue Ryder – I will truly treasure these awards forever.”

Gemma Wise, Sue Ryder Senior Community Fundraiser, said: “We have been overwhelmed with the support for our 2018 awards and we are just so grateful. The event was a resounding success and we couldn’t have done it without all our sponsors, attendees and volunteers. It was such an enjoyable experience to recognise and celebrate the contribution so many remarkable women make within this region. Well done to all nominees and of course to our brilliant winners!”

Re-submission of Planning Application for Parkside
Scroll to top