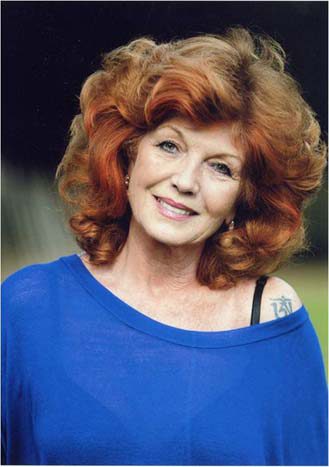 Drama takes centre stage at the Kenton Theatre’s spring and summer season, with three new professional productions featuring alongside the best in local amateur dramatics and children’s group, as well as top music shows, some of the UK’s leading comedians and even a magic night!

Star of stage and screen Rula Lenska – best known for Rock Follies and the rare distinction of starring on both Coronation Street and Eastenders – brings her one-woman show From Dzikow to Willesden Green to Henley on April 13, days after its public premiere in the West End. It tells the story of her mother, a Countess who escaped Nazi-occupied Poland, survived a concentration camp and arrived in England as a refugee. Two exciting new plays follow in May and June. Marking 100 years since women were given the vote, A Necessary Woman is set on the night that suffragette Emily Davison hid in parliament, and the play will be performed there later this month, before coming to the Kenton on May 16. Then on June 7 Brittas Empire actor Tim Marriott stars in Shell Shock, a darkly comic and personal realisation of one army veteran’s battle with Post Traumatic Stress Disorder (PTSD)

On the music front April sees Georgie Fame return after previous sell-outs, 80s hit makers The Christians appear at the theatre for there first time and tributes to both Bob Dylan and Cliff Richard & The Shadows. In May West End and TV star Patti Boulaye presents Billie & Me, a celebration of the music and life of Billie Holiday. June sees the return of the ever-popular All Things Must Pass Orchestra celebrating local legend George Harrison, while in July The Tina Turner Experience pays tribute to the iconic singer.

Described by GQ as “the best comedian of his generation”, Richard Herring makes his Kenton debut on April 19. Tom Allen, as seen on the Royal Variety Show and heard on Just A Minute, appears in May, followed by Lee Nelson in June. And the popular multi-act show Comedy at the Kenton returns in both May and Regatta week in July, each time with three top stand-ups from the London circuit.

As ever the theatre will showcase the best local talent in the coming months, starting with HAODS’ production of Gypsy in late April. The 47th Henley Drama Festival follows in early May, while the Alison Jayne Dance School, Performanze, Artemis and Henley Children’s Theatre all bring local youngsters to the Kenton stage.

Talks include Professor Robert Winston in March, Dads’ Army vicar Frank Williams marking 50 years of the much-loved sitcom in May and That’s Life host and ChildLine founder Esther Rantzen looking back on her career in June.

And for something a bit different, after bringing burlesque to the Kenton for the first time last year, May 11 sees Karen Viljoen present an evening of weird and wonderful magic with Dee Riley. One of the UK’s leading close-up and stage magicians, Dee has been praised by everyone from Prince Harry and Tom Jones to Katy Perry and Michael Fassbender.

The new season comes after the Kenton enjoyed its busiest ever six months from August to January. For more information and booking visit kentontheatre.co.uk or call 01491 575698.