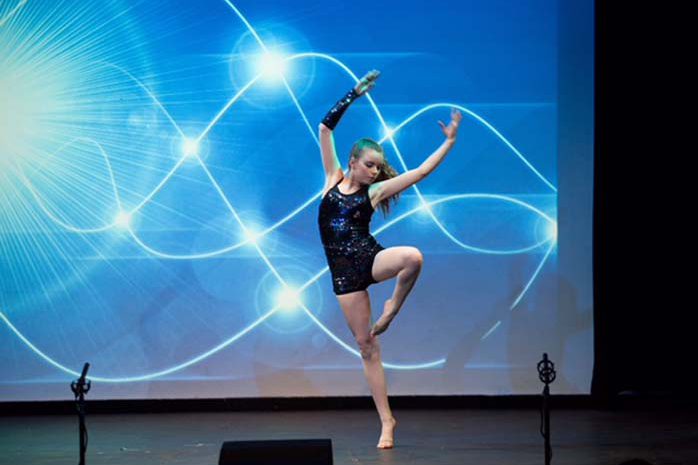 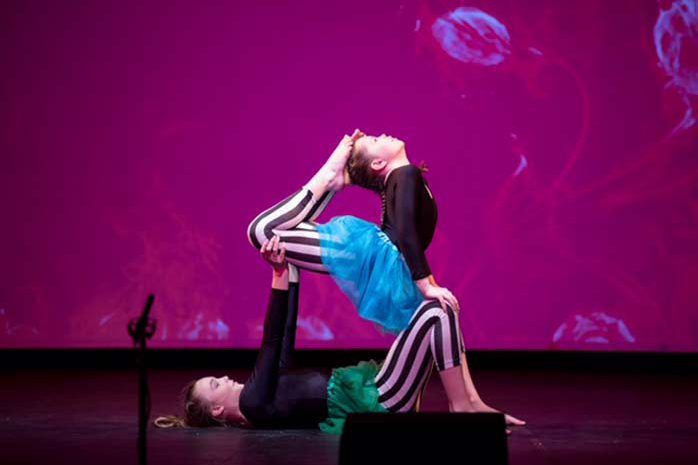 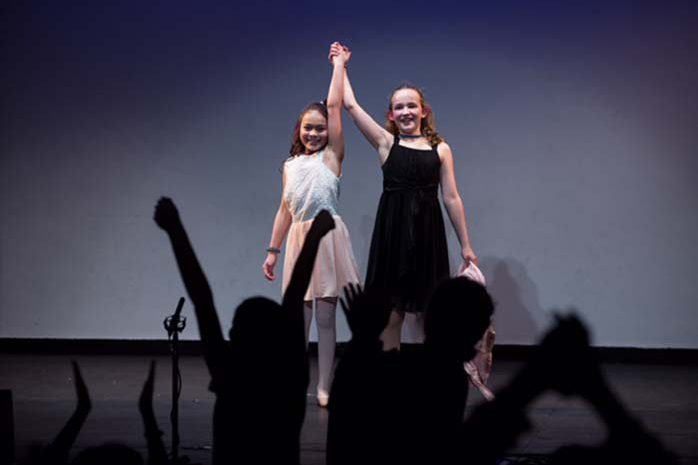 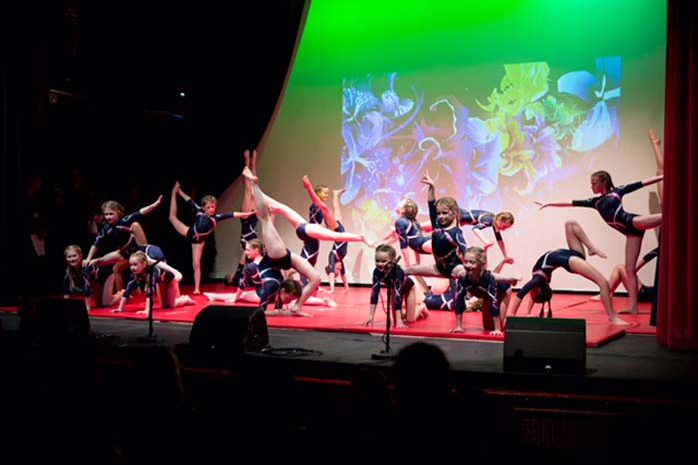 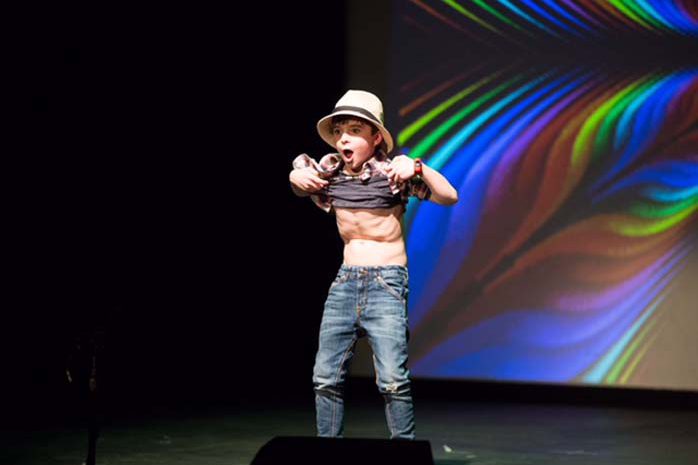 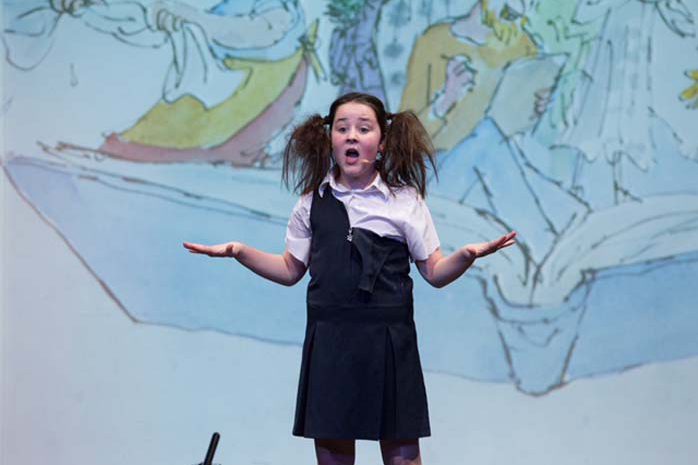 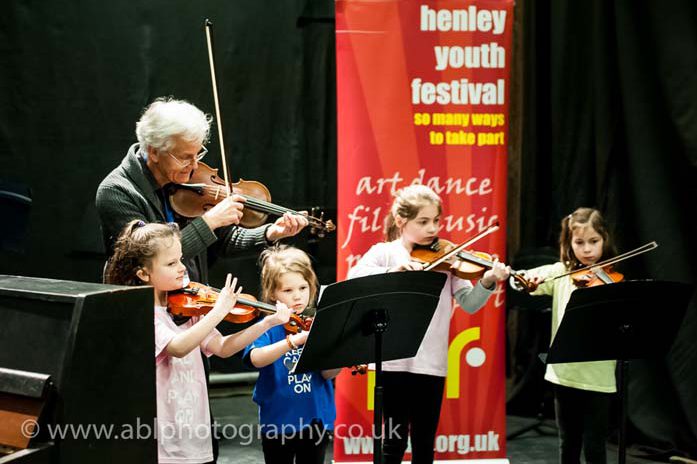 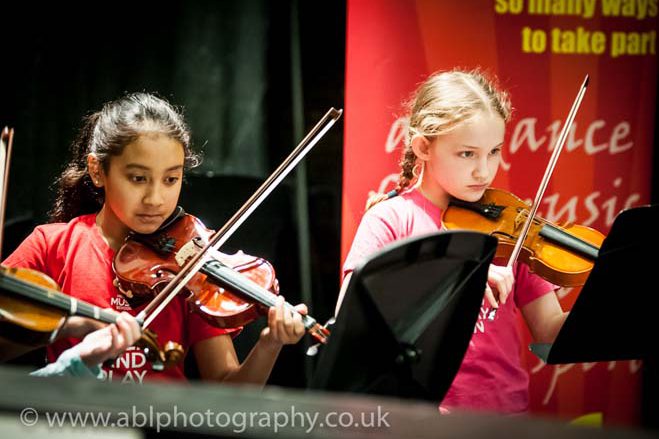 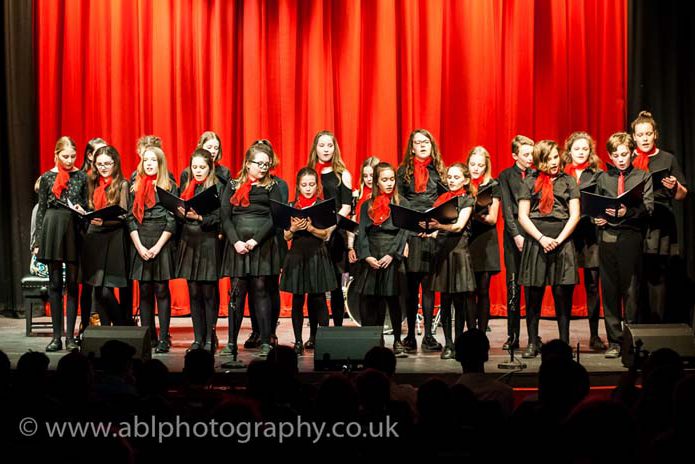 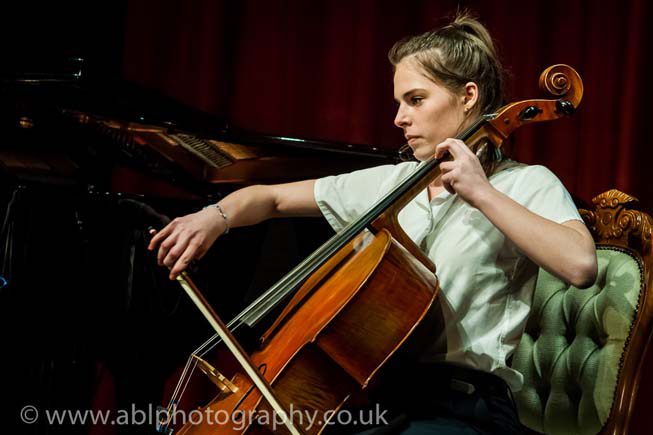 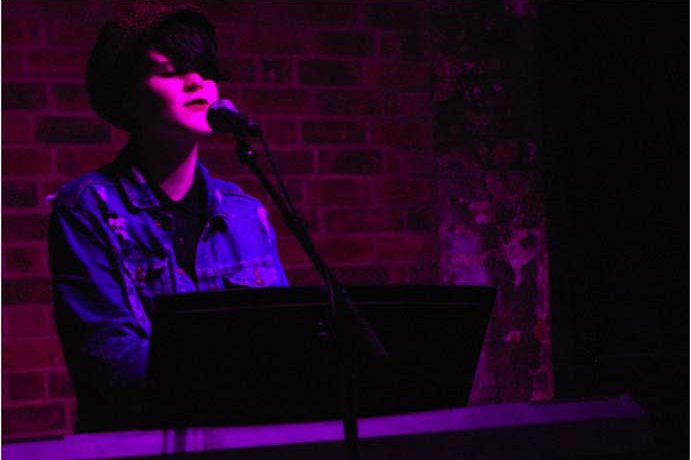 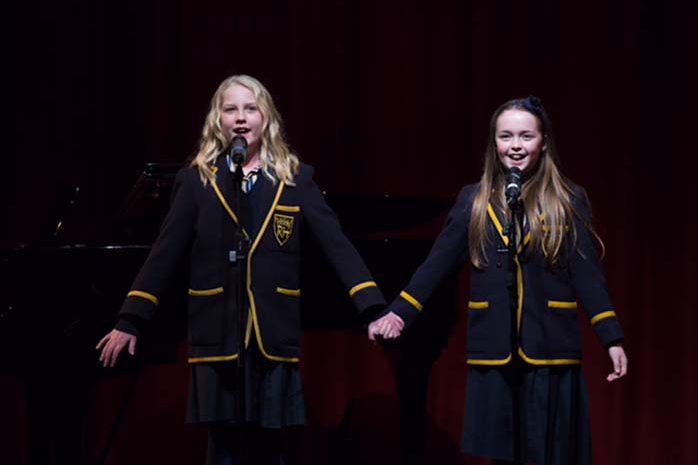 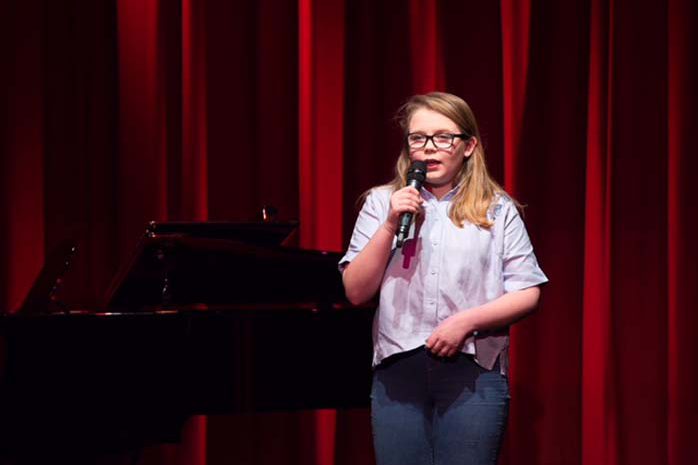 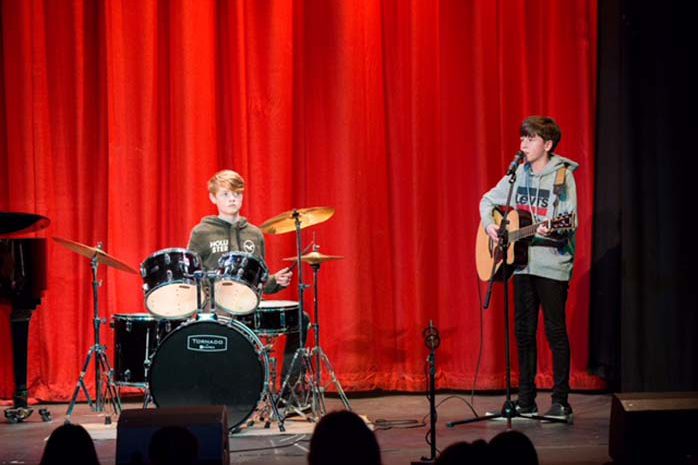 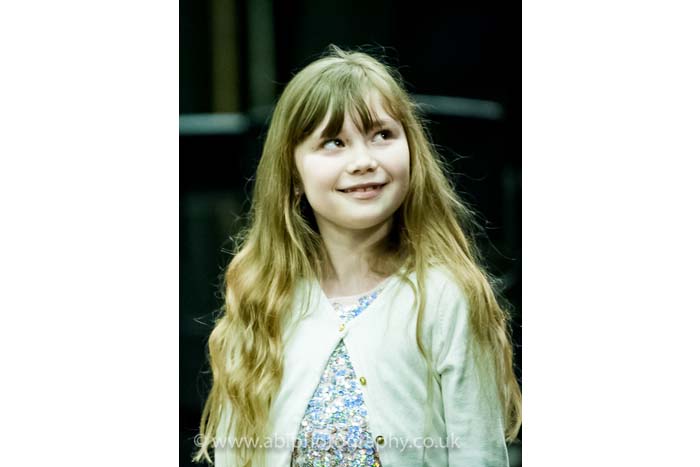 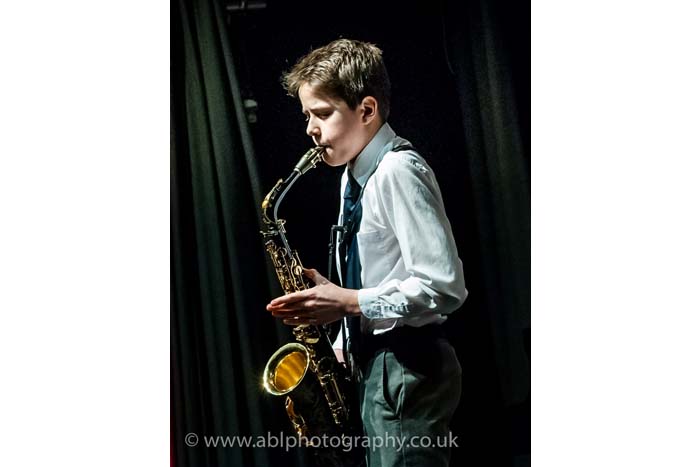 The Henley Youth Festival performance events certainly embraced the 25th anniversary celebration theme, showcasing the wonderful talent of young stars, with music and performances that would be perfect entertainment for any party celebrations.

Gig night kicked off the music celebrations at Lovibonds again this year with a very confident performance from Daisy Lynch performing for the first time.  Other first timers included Jodi Anderson performing her own songs on the piano and ukulele, Mia Agar and Sidni Brenner on the saxophone.  Seasoned performers James Grundy and Rees delighted their audience again, with Rees playing some old Bob Dylan and Beatles Songs and James playing some of his own material.  The night was completed by the charismatic Dolly and the Dinosaurs playing their own material and getting the crowd dancing along and Headspace playing one of their first sets together with new material they had written with  some great guitar and drum work.  Kerry Fretwell who organised the event said, “All in all a very successful evening.”

Mum’s got a special musical treat on Mother’s Day with their children performing at the Junior Proms at Shiplake College with Badgemore School Choir opening the show with a Wonderful World.    Individual performances saw Otilie Fundell play the Last Waltz on piano and Henry Cook play the James Bond theme on the trombone.  Sacred Heart School Brass Band opened the second half with a medley of tunes including Mama Mia.  The brilliant Badgemore Girls (5 members of the choir) performed Close Every Door by Andrew Lloyd Webber and were asked afterwards to close the Gala show on Saturday.  Henley Music School groups played a big part in the Junior proms as always with performances from the flutes and cello groups and the Brass Sextet performing the finale with Chorale.

Gillotts School Choir kicked off the Senior Proms with brilliant renditions of Consider Yourself, Feed the Birds and You Can’t Stop the Beat.  The show featured ensemble performances by Henley Suzuki Group, the Gillotts Chamber Group and Henley Music School’s Flute Group,  String Ensemble and the Clarinet and Saxophone Group who finished the show with the theme tune from Beauty & the Beast.  Individual performances included the youngest soloist, Katy Shaw on piano, Jasmine Artherton on ukulele and Jonathan Hall on the flute.

Ava Reineke who usually plays violin at the Proms surprised us this year by not only playing the very complex Praelodium & Allegro by Fritz Kreisler but she also sang the aria, Ah! Belinda I am prest with torment from Dido and Anaeus by Henry Purcell.  Despite her exhaustion following two days of rowing culminating in two silver medals in the schools, Ava delivered two lovely performances.

The Henley Suzuki Violin Group wowed the audience with their performance of the beautiful Palladio by Karl Jenkins.  They drew inspiration from the violinist David Garett and blurred the boundary between classical and rock music, when two of their violinists, Raphael Conte and Harry Marsh accompanied the group on bass guitar and drums.  It was nothing short of marvellous receiving rapturous applause from the audience.

Connie Jones opened the show with A Million Dreams and it continued with a mixture of genre’s of music from traditional classics, latest pop tunes and classic songs from the past including I Feel Good by James Brown sung by George Blumfield and Martha Peach. Special highlights were Jodi Anderson, a year 10 student from Chiltern Edge who performed her own song Crimson Red.  Jodi has been singing since she was 6 and recently reached the final of the Southern England Open Mic UK Competition and has been offered an Artist development contract with Future Music Management.  Ellie Vockins who finished the show, received a standing ovation for her brilliant rendition of Ave Maria.

Fi Harding, one of the HYF Sing organisers said, ” All performers at HYF Sing surpassed themselves this year!  They should be extremely proud of themselves.”

Springbox Gymnastics Squad opened the Entertain Show with a fantastic routine.  As always this show continues to be ‘anything goes’ and once again the show had a great mixture of entertainment.  Highlights from the show included Oscar Scannell on drums who performed his own mix of 1980s hits and Ethan Bentley who brilliant combined dancing to Justin Timberlake’s Rock Your Body with a magic finger light show and some rippling stomach moves!

StageWorks School of Performing Arts opened the Young Dancer by performing an amazing showcase entitled ‘Dancing through the Decades’. Starting with a vigorous jive from the 50s, and moving into a 60s twist, a 70s boogie wonderland, an 80s hip hop homage, a 90s double denim dance, a noughties street number and finally a crowd pleasing contemporary interpretation of ‘Can’t Stop the Feeling’.

There was some great soloists and duets dancing to a mixture of music.  Friends Holly Maxwell and Juno Taylor, Year 3 pupils from Trinity celebrated their friendship through dance – this being their first time performing at Henley Youth Festival. Julie Green, one of the organisers of HYF Dance said, “They clearly love performing and it was obvious that they had worked hard together on their well-rehearsed dance to ‘Closer’.”

HYF Dance opened with a super showcase from Berkshire & Henley Dance group.  The show was packed full of amazing talented dancers who performed, contemporary, modern, ballet and irish dancing from the Flynn Academy.

Soloist Michelle Bielinski, a Year 5 pupil from Valley Road School, performed a charming Cha Cha which was not only technically accomplished, but full of beautifully expressive movements. It was a performance worthy of a ‘ten’ on Strictly Come Dancing. Julie Green said, “Michelle is a regular performer at HYF Dance, and it’s been great to watch her develop from a naturally brilliant dancer into a skilled performer. One thing hasn’t changed though: her dazzling smile and obvious enjoyment of dancing.”

A special mention must go to HYF workshop providers Urban Strides and Chiltern Edge School who managed to put together an awesome street dance showcase to end the show on Friday night in just 90 minutes! Julie commented, “Many of the students had never performed on a stage before, and they all left buzzing with excitement and wishing that they could do it again.”

4 Reasons Why You Should be Recycling
Scroll to top