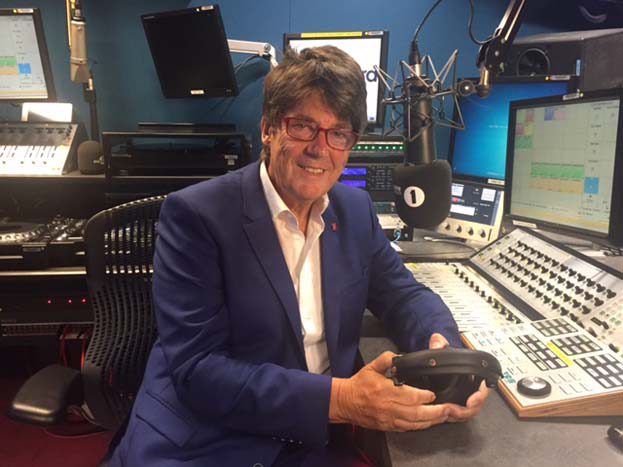 Local resident, DJ Mike Read will be hosting the breakfast show on a new internet radio station UnitedDJ starting on Monday (2 April) 7-9am.

The station is the brainchild of Tony Prince, who launched Mixmag and owns DMC publishing. Tony was programme controller at Radio Luxembourg and a DJ there throughout the 70’s, known as The Royal Ruler. He wanted to re-create the spirit of the station on digital, for the over 40’s audience (although of course not exclusively ageist!)

Mike said, “So many fellow broadcasters on commercial stations complained that they were doing a job they loved in a way that they didn’t. They were being straightjacketed with regard to the music choice and felt that they had less and less involvement with the output. Also they found that repetition didn’t exactly inspire them. Several of us discussed this and thought we would form United DJs with a view to taking back control, just as United Artists (Charlie Chaplin, Douglas Fairbanks and Mary Pickford) did a hundred years ago when they formed United Artists.”

The new station will run from Tony’s studios at his home in Maidenhead, where music officionados will also delight in the music and memorabilia library gathered over 50 years in the business. Tony said, “”We will be maintaining a Dropbox where we will make available new tracks which we feel are suitable. Our DJ’s can each recommend tunes.  Just like the Pirate era the people who became DJs out of their love for music will shape United DJs Radio. I also have certain non DJs with fabulous A&R skills recommending new music. The DJs on UDJ can play just what they like within a format of a 7 decade mix but they must play an element of new music releases. The DJs are in effect their own programme director. We are a radio team who are right behind the music industry and hope that our global attitude to streaming radio, will have a positive impact for everyone. At this time we have no interest in FM or DAB and are convinced, the moment the internet streamed into the car radio, the radio once again faces an enormous game changer.”

Mike added, “I love doing the Breakfast Show, and having done it nationally for Radio One, Classic FM and the Classic Gold Network, this will be my fourth national breakfast show…. so I must enjoy it! It’ll be a great mix of music from down the decades played with passion and the best stuff from today… with stories behind the songs… a look at the vinyl chart…. the odd guest and the usual fun surprises.”