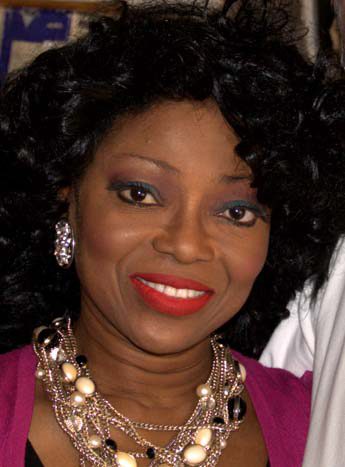 Award-winning singer and musical theatre star Patti Boulaye presents her wonderful, moving one-woman show Billie & Me at the Kenton Theatre on Saturday 26 May.

Patti will perform some of her favourite songs of Billie Holiday accompanied on piano by her musical director, Ronnie Scott’s regular Jamie Safir (Will Young, Ian Shaw, Bat Out Of Hell). These will include That Ole Devil Called Love, Nice Work If You Can Get It, Lover Man and God Bless the Child.

The show will see Patti discuss the parallels of her life and career with that of the late singer, whose life, death and songs made a strong impact on her, and increased her love of jazz music.

After starring in Bisi, the highest-grossing African move ever made, Patti came to prominence in the UK by winning the ITV talent show New Faces, where she made history by becoming the only contestant ever to receive the maximum 120 points.

Arriving in the UK from Nigeria aged 16, she made her West End debut in the original London production of Hair, followed by The Black Mikado, Carmen Jones and Jesus Christ Superstar, among others.

TV has included Channel 4’s The Pattie Boulaye Show, six ‘Joy to the World’ Christmas Specials for the BBC and more recently Celebrity Masterchef and The Real Marigold Hotel.

Patti has sung at the inauguration of Nigerian President Obasanjo and several Royal Command Performances, released nine albums and in 2002 led 5,000 gospel singers down the Mall for the Queen’s Golden Jubilee.

In 2016 Patti was awarded an OBE for her charity work in the UK and Sub-Saharan Africa, while last year she was named Best Soul Singer by Boisdale Clubs and published her autobiography The Faith of A Child.

To book go to www.kentontheatre.co.uk/

The Henley Herald website provides an up-to-date and unbiased digital news service for
Henley-on-Thames
Want to find out about your family history?