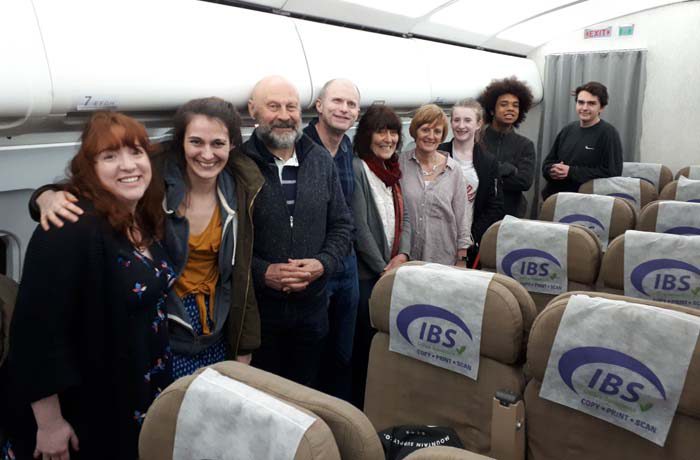 This project was crowdfunded by industry and local people who support Jo and her work. Earlier this year Jo approached various local companies, the Town Council and Henley College about possible collaboration and support.

The media department of The Henley College were able to offer some support and as a result, Jo was delighted to welcome five students from the college into her crew. Olivia Crook, Edie Pullen, Charlie Parchment, Charlie Ker-Gray and Joe Bartlett all worked as part of a professional film crew and will be able to see the fruition of their work as the film goes forward to festivals and screenings.

As with many film productions on micro budgets, there are always bridges to cross.  Director, Jo Southwell said. “If it wasn’t for the Mayor (Councillor Kellie Hinton) and Councilor David Eggleton we would not have been able to shoot the film! Last Sunday night, Dave and the Mayor offered to take a van to London and collect all the camera gear and lenses for the shoot. The Mayor then came on board the set and worked as the unit manager for the duration.”

“I am truly honored by the local support for this short film. Many people coming on as extras and having the pleasure of sitting in the economy cabin for the film shoot!”

Entrance No Exit is now in post production, but Jo assures me that there will be a local screening very soon.

Later this year Jo will be directing a feature length film in Henley on Thames.

To find out more about please go to: