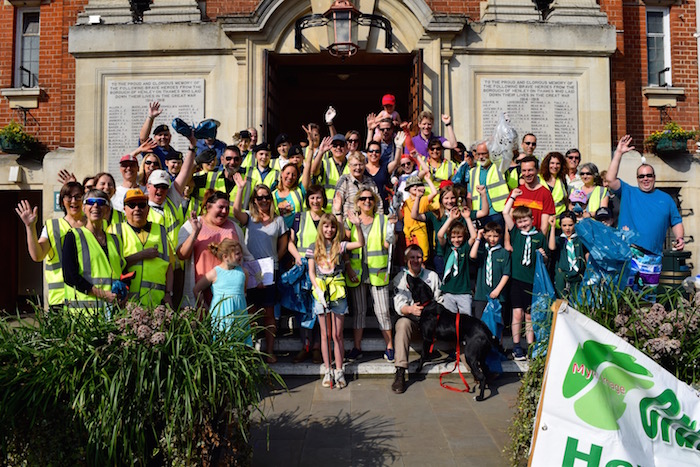 Henley locals came out in force on Saturday morning for the annual town litter pick. Over 100 volunteers joined in with the Henley Spring Clean, formerly known as the Hit Litter Day. Armed with bin bags, the warriors on waste scattered amongst the town in an attempt to clear the discarded trash.

The ‘rubbish’ job was improved by some glorious sunshine, and an inescapable community spirit. 30 bin bags were filled with litter from the town centre alone, containing plastic bottles, cans, cigarette ends, takeaway boxes and wrappers. Many more bags were then used to clear the outskirts of town. Deputy Mayor Lorraine Hillier, who runs Hot Gossip cafe on Friday St, donated soup to energise the hard-working volunteers, served with the help of Henley Lions Club.

Various community groups got stuck in with litter picking, including young volunteers from the Henley Sea Cadets, Cubs, and Scouts. Around 20 people from the Friends of Freemans Meadow, in conjunction with the HTC Parks Department, also leant a hand with various tasks. As well as hunting down waste, they scrubbed the bench by the bus stop on the Fairmile, took suckers off the trees lining the Luker Avenue border and removed ivy from the wall. They also cleaned equipment and signs, weeded the play area, laid bark donated by HTC Park Dept on the two muddy paths leading to Luker Avenue, and strimmed the edges of the play area. 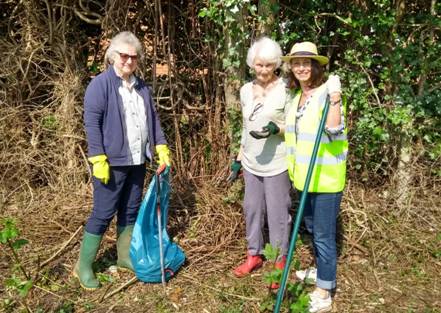 The yearly litter pick event is organised by Henley in Bloom. Mayor Kellie Hinton, chairwoman of Henley in Bloom, commented, “We had almost 100 people going out and picking up litter and that’s much more than we normally have. It was amazing and I’m so thrilled. There wasn’t an area, I don’t think, that we didn’t cover.” Councillor Hinton also recognised Councillor Sarah Miller and local anti-plastic campaigner Julia Carey for their support in gathering volunteers. Julia, who runs the Facebook Group ‘Henley Plastic Reduction’, reflected on the social networking page, “It was so interesting to tidy the same roads that I walk along every day and look at them with new eyes… the amount of cigarette butts is unbelievable! But also so much of the litter is almost invisible unless you look carefully for it.”

It wasn’t just the streets of Henley that were cleaned, either. The town was hit from all angles when people took to the river with boats and paddle boards. Organised by resident Jessica Sinclair, the river clean-up attracted around 30 volunteers, including members of the Upper Thames River Cleanup Group, Henley Canoe Club and Henley Dragon Boat Club.

Scouring the river between Marsh Lock and Phyllis Court Club, the group found enough rubbish to fill two support boats in over two hours, collecting 29 tennis balls, a pair of socks, a trainer, a plastic swimming pool, a large storage chest, a pot of lip gloss, and of course, a lot of plastic. Their findings were taken to the Eyot Centre (who kindly provided a base for the group) and were sorted into plastic, glass and aluminium recycling.

Though the town Spring Clean is an annual event, many volunteers were keen to organise more clean ups throughout the year. If you would like to help, email bloom@henleytowncouncil.gov.uk, or call Councillor Kellie Hinton on 07527 826706. Representatives from Friends of Freemans Meadow are also eager to have more regular town cleans, and encourage people to get in touch if they are interested at friendsoffreemansmeadow@gmail.com. In addition, the Upper Thames River Cleanup Group goes out frequently, and always welcomes new members. 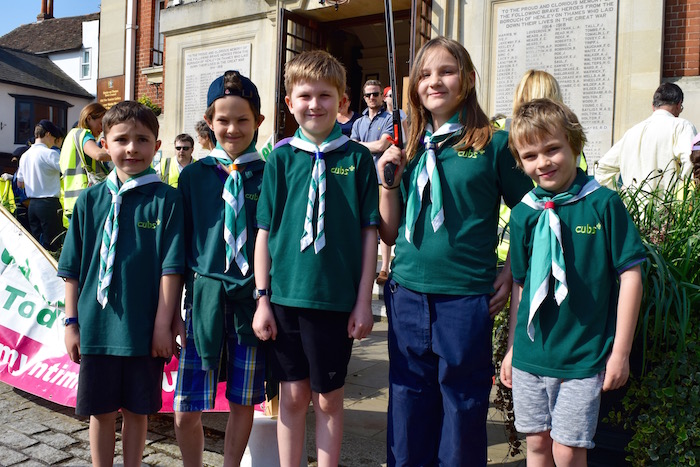 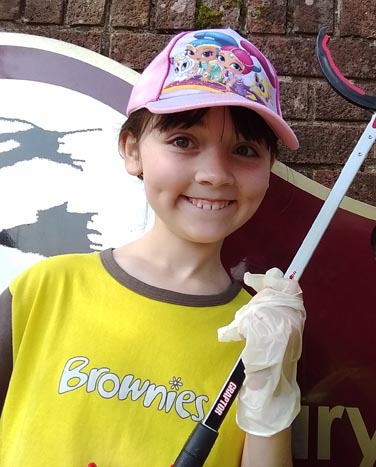