The Children’s Challenge was an extended walk ranging from 12K to 21K raising money for charity.

It took place in an extremely rocky terrain in Exmoor, which made it quite tricky for some people and not very tricky for others.

There were approximately 120 people on the walk including adults.

Families who took part camped in Pool Bridge Campsite in Exmoor, Devon. Everyone at the campsite was taking part in the Challenge! We camped on Friday and Saturday night. The campsite was a long field with a stream flowing through it, there were 5 different rope swings!

The trek took place on Saturday 21st April. We set off at about 8.30am after a yummy breakfast with hot chocolate. We walked through very hilly countryside and woodland. There was a slug forest and there were huge black slugs everywhere! The views of the moors were beautiful, full of lots of sheep, lambs and cattle. 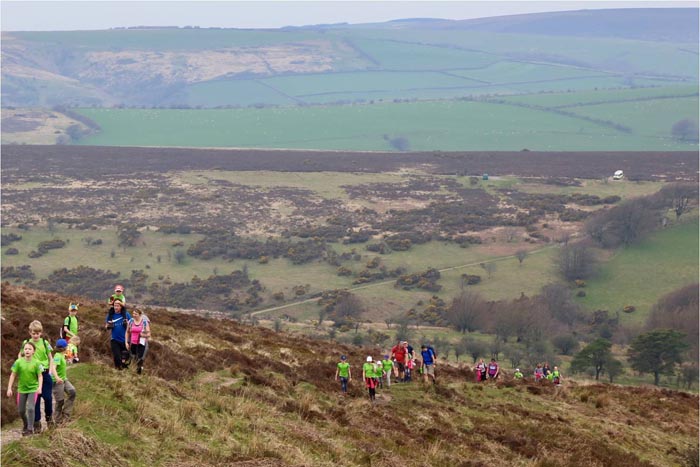 Stephen Lamacraft organised everyone and made the Children’s Challenge website explaining what we needed to do: https://thechildrenschallenge.com/exmoor-expedition. It was supported by the Chiltern Centre in Henley.

Exmoor can be quite dangerous if you get lost so we had to be well prepared with maps, whistles, compasses, survival packs and first aid kits.

There were way markers showing the way to go and to stop you getting lost. St John’s Ambulances were at the campsite in case of an emergency.  On the walk we had to check in with marshals, and they wrote down what time each team arrived at the checkpoint.

The weather was very sunny, so we took lots of water and squash to stay hydrated. We took sweets and chocolate with us to keep our energy up!

Each team that took part chose a charity to raise money for. We chose MacMillan Cancer Support and Future Hope for ours.  Over £30,000 was raised in total for 36 charities!

When we finished we felt very tired and achy, but we also felt very happy for ourselves and proud we had completed the challenge! 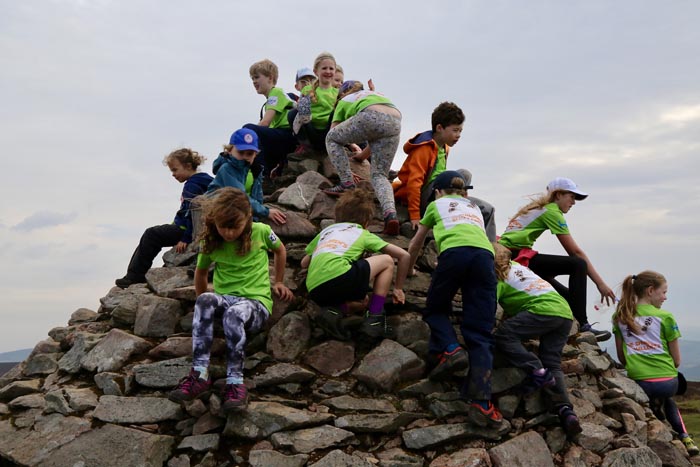